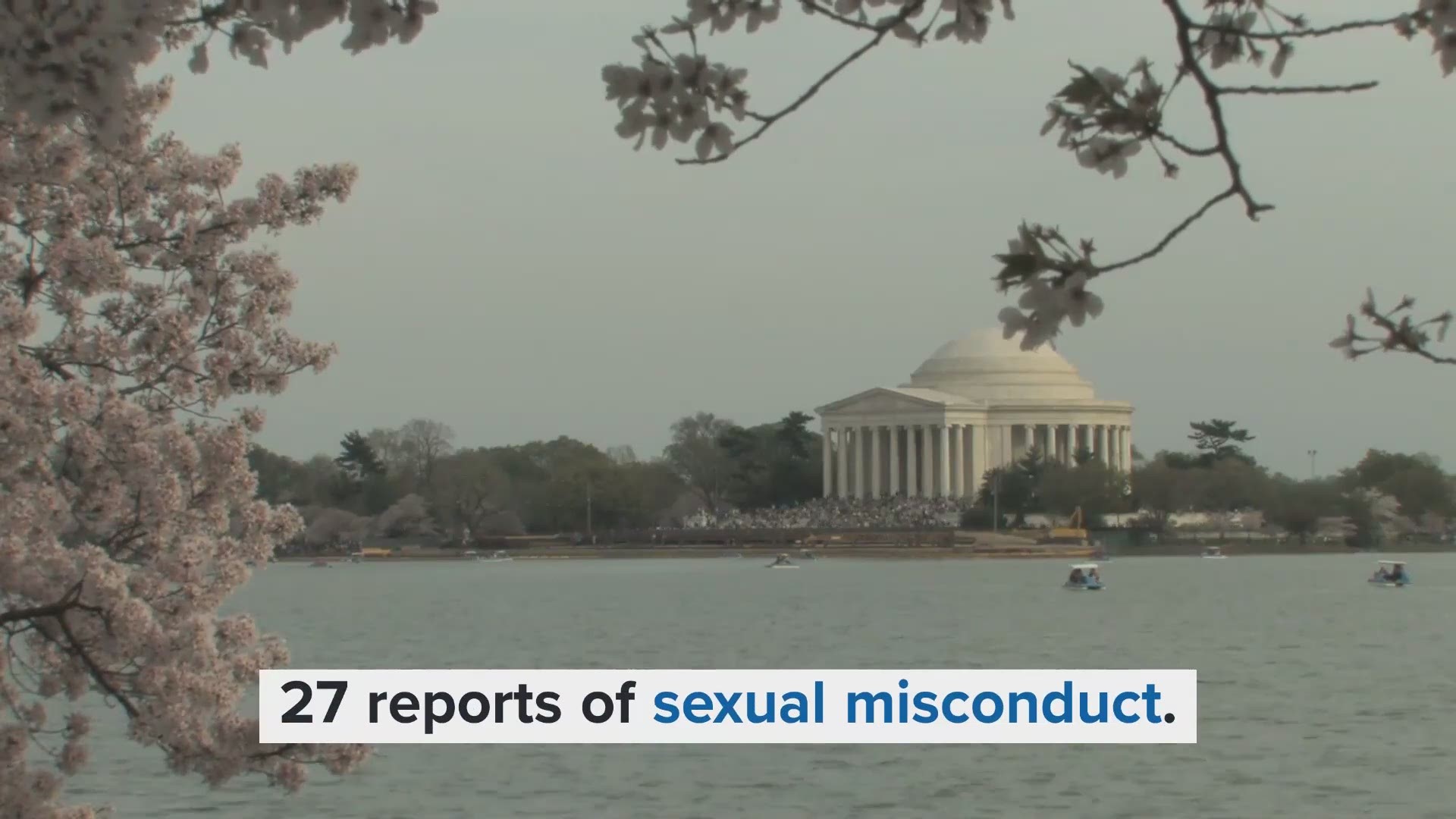 WASHINGTON — Concerns about the public school system’s handling of sexual abuse allegations involving its staff has prompted the release of new numbers about how many complaints the district has handled in the last year-and-a-half.

Neighborhood representative Denise Krepp reached out to DCPS and Mayor Muriel Bowser seeking answers about the number of sexual abuse complaints the school system receives, and how they address those allegations.

From June 24 to August 8, Krepp emailed the district six times requesting the information.

Kihn said out of those 27 reports, there were 18 unsubstantiated, six substantiated and three pending sexual harassment reports.

Of the six employees where "sexual harassment allegations were substantiated," two were terminated, one resigned and three remain employed by DCPS. Those employees who do remain at DCPS "were the subject of corrective action," Kihn said.

While Kihn couldn't reveal what those corrective actions were due to confidentiality of employee discipline, he said some of the possible actions include: provision of training, a warning, official reprimand, suspension without pay, termination and referral to law enforcement for criminal prosecution.

None of their identities were released because of the confidentiality policies in place.

DCPS was previously cited in August 2018 for failure to respond to sexual abuse complaints appropriately and in a timely manner.

Krepp wants parents and students to feel safe at public school, despite these reports of sexual abuse.

"Are you seriously expecting DC parents to have our kids attend your schools without telling us how many sexual assaults have occurred?” Krepp said in a letter to DCPS and Mayor Bowser. “Ditto for protocol.”

"The (disciplinary action) demonstrates our commitment to preventing and redressing sexual harassment and sexual abuse in our schools," Kihn said.

Following the 2018 citation, DCPS agreed to implement a resolution agreement, which commits DCPS to take specific steps to address these kinds of complaints.

"Proper resolution of all such claims is of paramount concern for the district," Kihn said.

Kihn said the district has been making extensive efforts to revamp its process for "approving providers in its schools and tracking their compliance with DCPS requirements that safeguard the safety and well-being of children."

DCPS is hosting a training session during the first quarter of the upcoming school year, delivered by the U.S. Department of Education to teach one provider in every school to recognize signs and symptoms of adult sexual misconduct, as well as how to implement prevention measures and intervene when they suspect adult sexual misconduct.

Read the letter from the Office of the Deputy Mayor of Education to the advisory neighborhood commissioner for 6B10 below:

Read the citation issued to DCPS from the U.S. Department of Education below:

Read below for the policy and procedures DCPS follows regarding sexual misconduct and sex-based discrimination against students: