After findng the data to be "not ideal," Bowser said she would announce whether schools will reopen virtually or with a hybrid model on July 31. 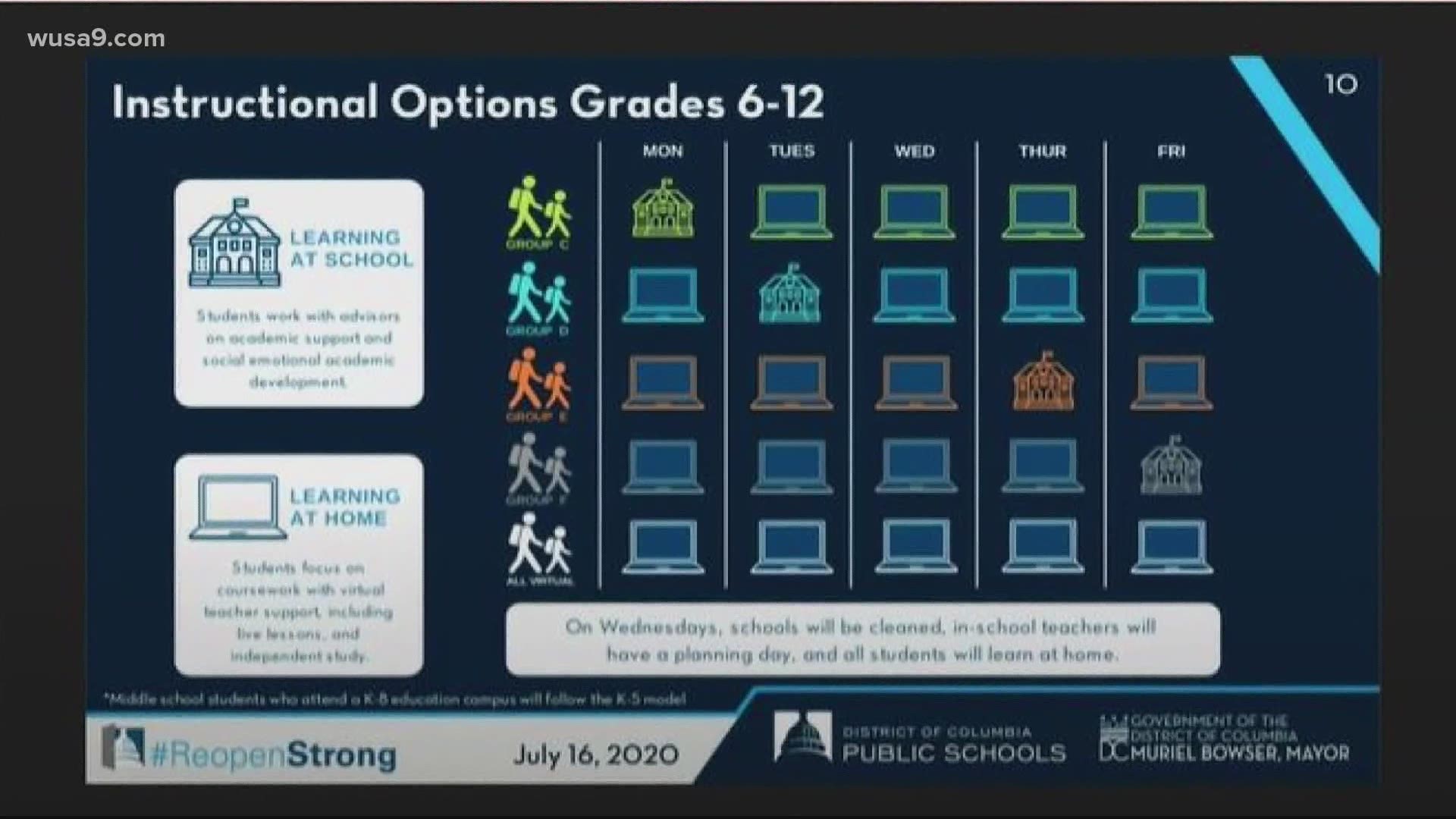 WASHINGTON — The long-awaited announcement for DC Public Schools reopening plan is on hold for now. Mayor Muriel Bowser and school leaders said their preference is in-person instruction, but said it's not safe to make that call yet.

Bowser said parents, students and teachers will hear if schools will use an all-virtual model or a hybrid model on July 31.

“It’s a big sigh of relief to move Summer Bridge to online-only,” Maria Helena Carey said reacting to the news that the volunteer transition program for grades 3,6, and 9 will no longer be in-person on Aug. 10.

RELATED: 'They're using our kids as guinea pigs' | Parents say DCPS is rushing return to classroom for summer program

“I don’t know what inspired her to change her mind, but I’m glad she did,” Elizabeth Davis, president of the Washington Teachers Union, said.

Mayor Bowser, along with school leaders, said the virus will dictate how they proceed with the start of school on Aug. 31.

“All-virtual will always be an option, or if we can add the option of hybrid, [where] you come in for a couple of days or one day depending on your grade level," Bowser said. 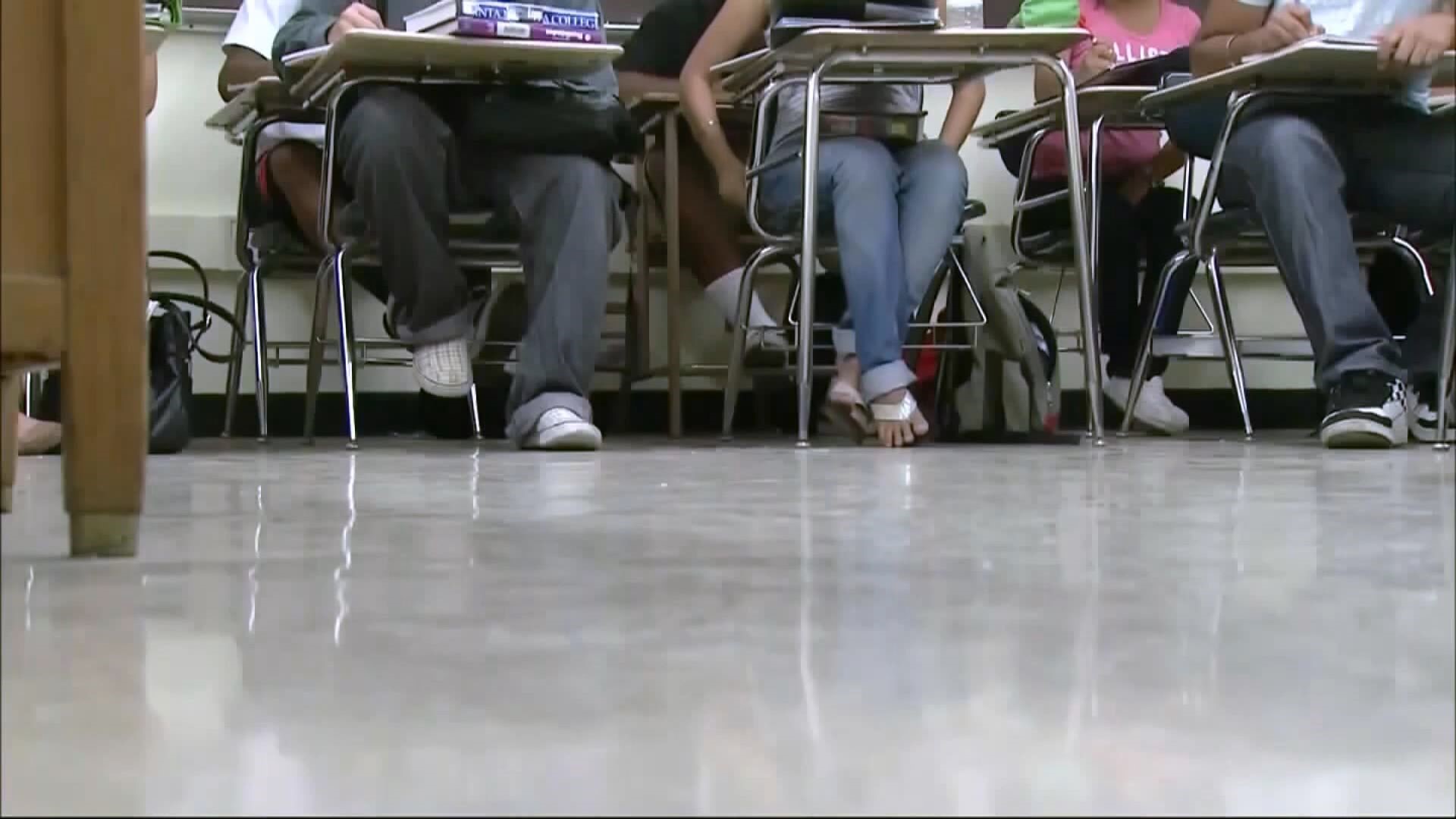 The mayor and school leaders were supposed to make their school announcement at the newly renovated Maury Elementary School on Capitol Hill, but abruptly canceled the scheduled tour of the school, without explaining the change of venue, simply calling it an "inconvenience" for reporters.

Based on slides presented at the news conference, if DCPS moves toward a hybrid model, schools will be closed on Wednesdays for deep cleaning. School leaders said children will stay in small groups with teachers for social distancing and contact tracing purposes.

But the Washington Teachers’ Union still has questions about a proper safety plan for students and teachers.

“We have a majority of our teachers with underlying health conditions, who have expressed a need to work virtually and should have the option to do so," Davis said. 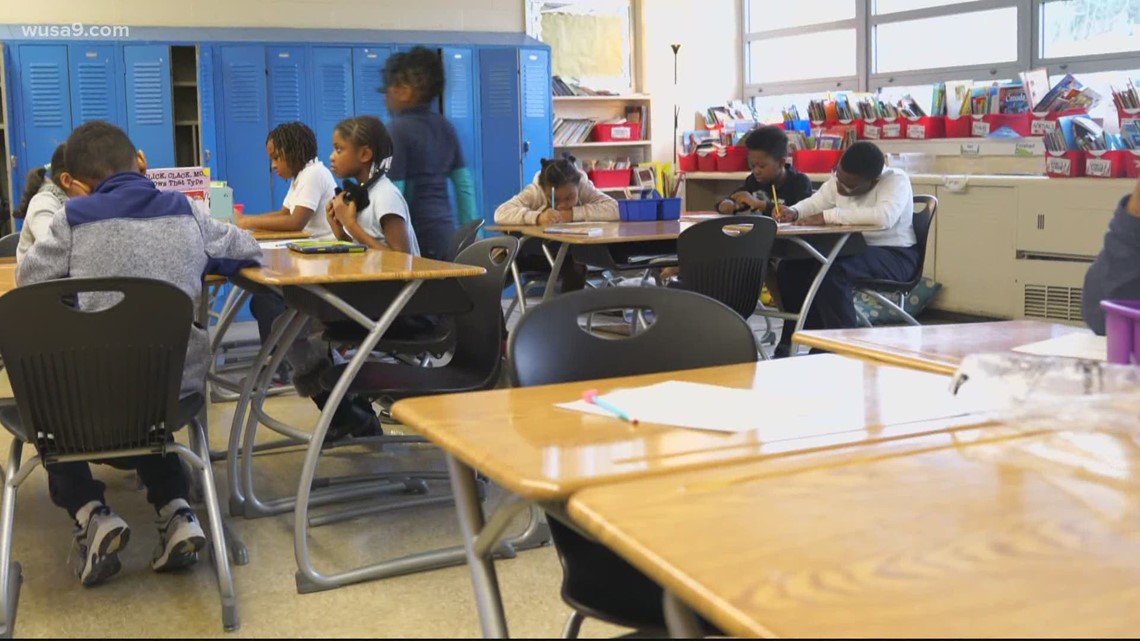 Teachers voice concerns about DCPS re-opening plan, nurse staffing issues
According to the nurses' union, there was a shortage of nurses pre-pandemic and even more have resigned since over the return to school plan. WASHINGTON - Several D.C. teachers have been voicing their concerns and questions about DC Public Schools and its preliminary plan to return to class in the fall.

As for Carey, she still has plenty of questions of her own, but right now she said she's satisfied school leaders are recognizing safety takes precedent over any re-opening plan.

“It feels good that this was addressed directly, and it feels like they're on the right track,” she said. 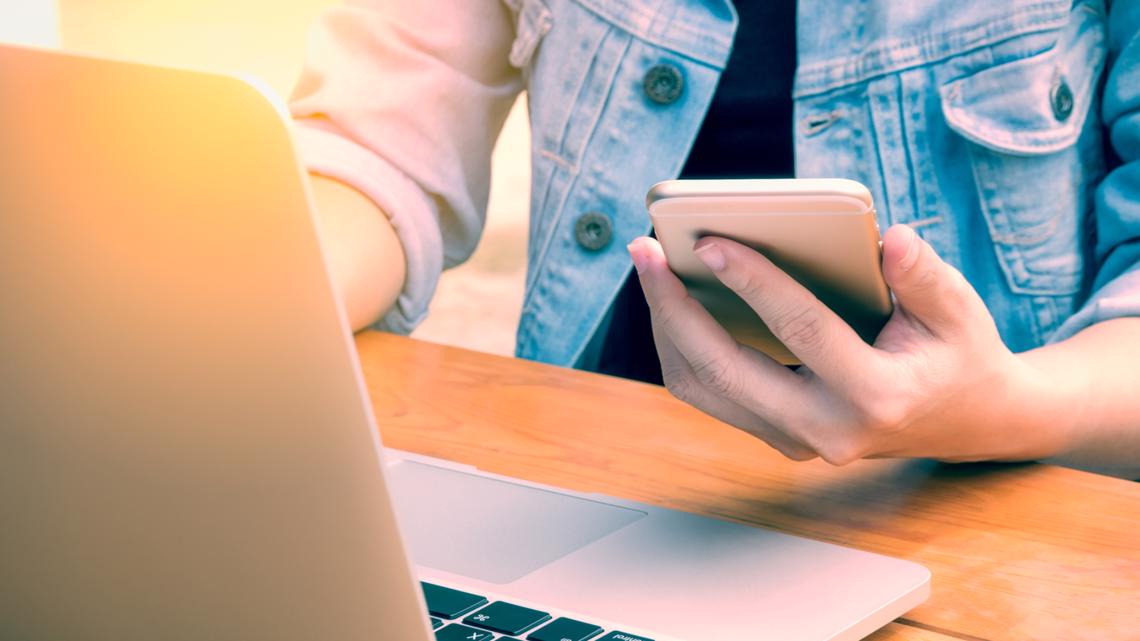 'There's obviously a disconnect' | Education advocates push for more money for DCPS students and technology
Advocates lobby for $11 million, while D.C. Public Schools insists Mayor Bowser's investment will meet the need. WASHINGTON - D.C. Public Schools had a three-year plan for a 1:1 student-technology ratio; ensuring that every child had a device. Then, the pandemic happened and DCPS said they adjusted the plan instead of handing out 10,000 devices to students in need.

The WTU and numerous education advocates continue to lobby the DC Council for $11 Million investment to give every DCPS student a laptop or tablet, especially if schools return to 100% distance learning. District leaders insist they have enough money to cover students’ needs.

DCPS Chancellor Lewis Ferebee said 10,000 devices and 5,000 hot spots were distributed in the spring. The school system is purchasing an extra 36,000 LTE (Long Term Evolution) devices that are equipped with wireless broadband.

The Mayor said there will be a series of town halls prior to the new school announcement on July 31.