Mayor Bowser kicked off her plan to roll out new units in front of Fort Stevens, a building with preserved affordable housing units newly acquired by the District. 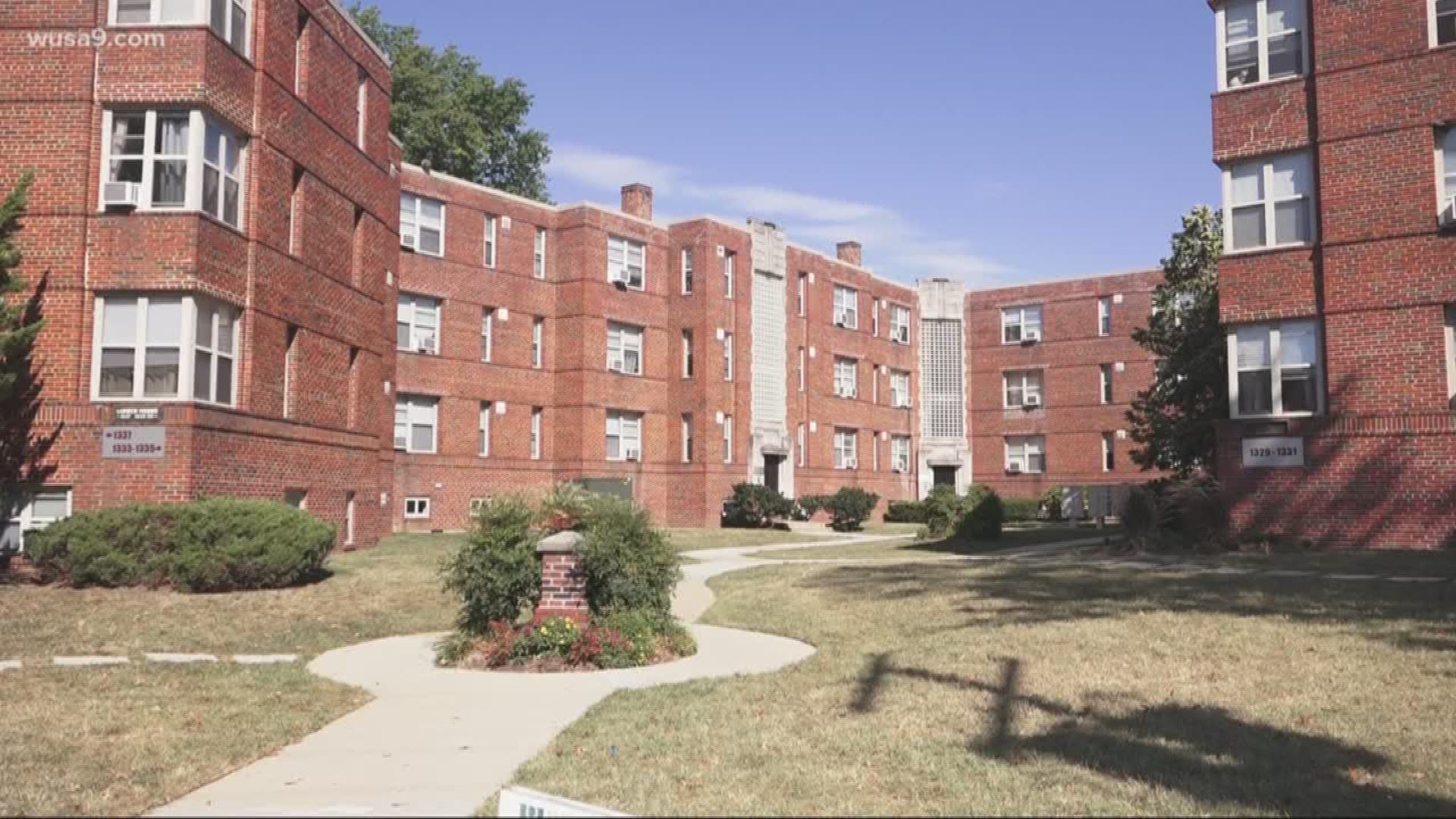 WASHINGTON — D.C. Mayor Bowser is stepping up to reverse the housing crisis by introducing a plan to add 36,000 housing units over the next five years.

"In the next couple of weeks, we will be making more clear of our targets, our goals to get to 36,000 new homes by the year 2025," Bowser said. "It seemed like a long time away, and now it seems like it's around the corner."

But only 12,000 of them will be affordable housing, the mayor's office said.

Bowser cut the ribbon on a building of affordable housing units in the Brightwood community. Community Preservation and Development Corporation (CPDC) bought the Ft. Stevens Place Apartments building in Ward 4.

District funds were used to acquire the building, in order to preserve its 59 affordable housing units -- an effort that was led by residents like Marta Castro.

"I feel very good to live here at Fort Stevens Apartment," she said in Spanish. "They did a really job on the renovations."

Tenants of the apartment organized and exercised their right to purchase the building under a D.C. law called TOPA -- Tenant Opportunity to Purchase Act. The project received $3.42 million from D.C.'S Housing Production Trust Fund.

The building will remain affordable for at least another 40 years, according to Bowser's office.

There's currently 50,000 affordable housing units across the entire District, according to DC's Office of Planning. The bulk are in Wards 7 and 8, with over 25,000 units.

WUSA9 mapped out every unit of affordable housing we could find.

There are very few in Wards 2 and 3, in communities like Georgetown, Columbia Heights and DuPont Circle. That's going to change under the 5-year-plan.

"The idea of more affordable housing across the district means that individual residents will have choice they will be able to choose to have more mobility, they'll be able to go where the higher economic opportunity options are jobs and schools etc.," Polly Donaldson, Director of the D.C. Department of Housing and Community Development, said. "I think that that's really what we want for the residents of the District of Columbia."

The Department of Housing and Community Development is holding several public meetings, including one this Saturday at the Emery Heights Community Center.

RELATED: 5 things you need to know about Mayor Bowser’s State of the District address

RELATED: Affordable housing for 'grandfamilies' offered for the 1st time in DC