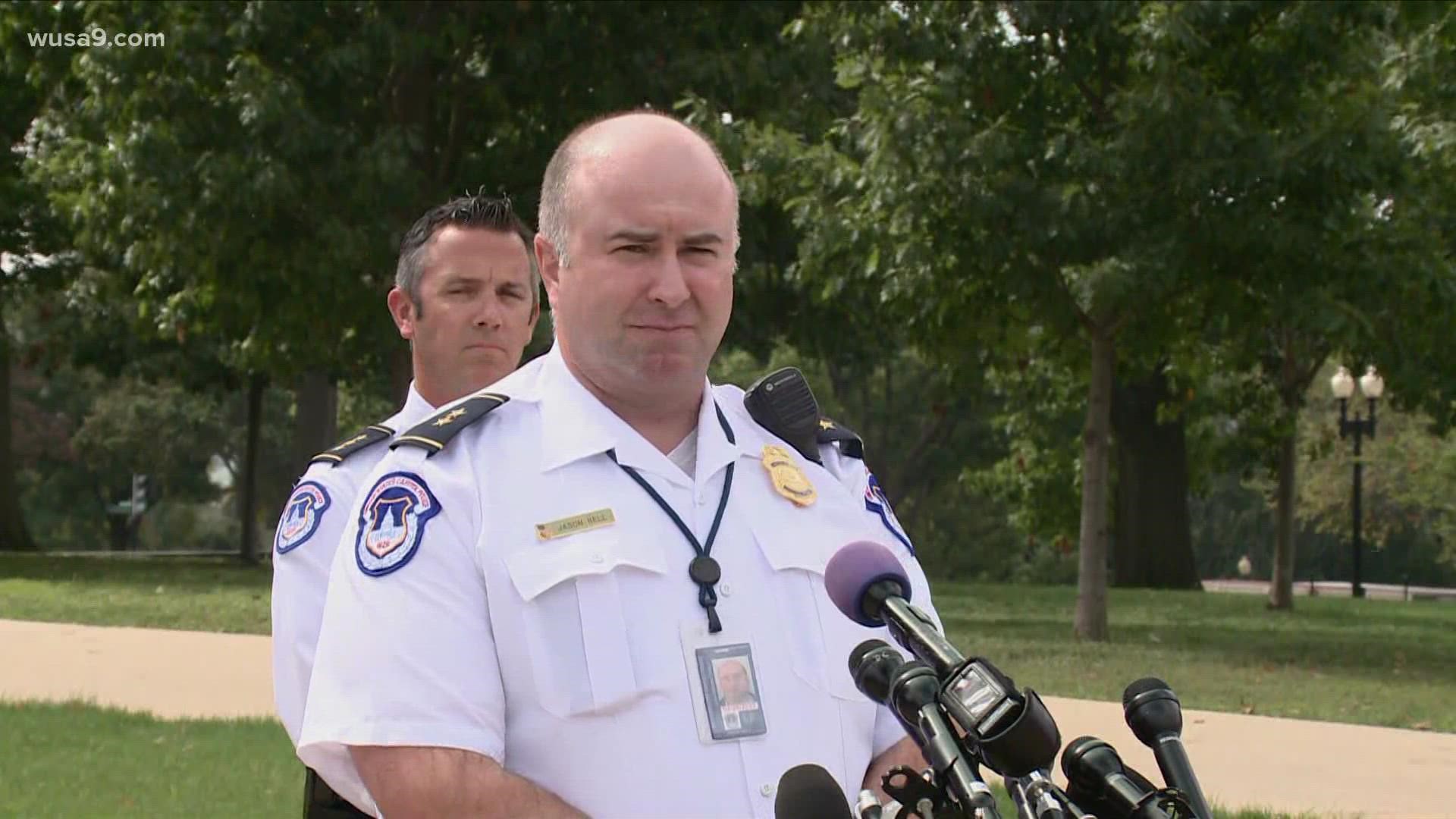 WASHINGTON — Capitol Police arrested a Michigan man without incident Tuesday morning after a suspicious vehicle was reported outside of the U.S. Supreme Court building.

Shortly before 10 a.m. Tuesday, the agency said it was responding to a suspicious vehicle on First Street NE near the court. Police eventually closed down a number of roads in the area after failing initially to make contact with the driver.

Staffers on the hill were notified around 11 a.m. that police were “preparing to disrupt a suspicious vehicle” and that a loud band might be heard, but the agency reported a short time later that the vehicle’s driver had been taken into custody safely.

NEW: Our photographer has sent back a pic of the scene outside SCOTUS, where @CapitolPolice are investigating a suspicious vehicle. Several streets in the area are closed, but it hasn't affected work inside the court yet. #CapitolRiot @wusa9 pic.twitter.com/u5eg53Zxzi

The driver was identified by police as Dale Paul Melvin, 55, of Kimball, Michigan.

During a press conference, Capitol Police Deputy Chief Jason Bell said Melvin had driven his SUV near the Supreme Court building and parked illegally. When officers approached, Bell said, Melvin "made a statement to the effect of, 'The time for talking is done.'"

Deputy Chief Jason Bell said the man pulled his SUV up to the Supreme Court this morning and, when officers approached him, "made a statement to the effect of 'The time for talking is done.'" #CapitolRiot @wusa9 pic.twitter.com/s4gjlKPSyN

Officers then backed off and allowed crisis negotiators an opportunity to speak with Melvin, but when he refused to talk further, a team of officers moved in and arrested him. Bell said no weapons were found in the building, and it was not immediately clear why Melvin had come to D.C.

Tuesday was the second time in two months portions of the Capitol complex had been shut down due to a suspicious vehicle. In August, a North Carolina man, Floyd Ray Roseberry, livestreamed himself for hours parked outside of the Library of Congress in what he described as a bomb-laden pickup truck. Capitol Police used a robot to bring Roseberry a phone to negotiate with – although he declined to use it – and were eventually successful in getting him out of the vehicle as well. Investigators later determined the truck did not contain an actual bomb, but did contain “possible bomb-making materials.”

Roseberry was charged with threatening to use a weapon of mass destruction and threatening to use an explosive device, and potentially faces live in prison if convicted. He was scheduled to appear in D.C. District Court Tuesday afternoon for a status hearing.