Members of the Advisory Neighborhood Commission sent a letter to city officials after hearing from countless concerned residents. 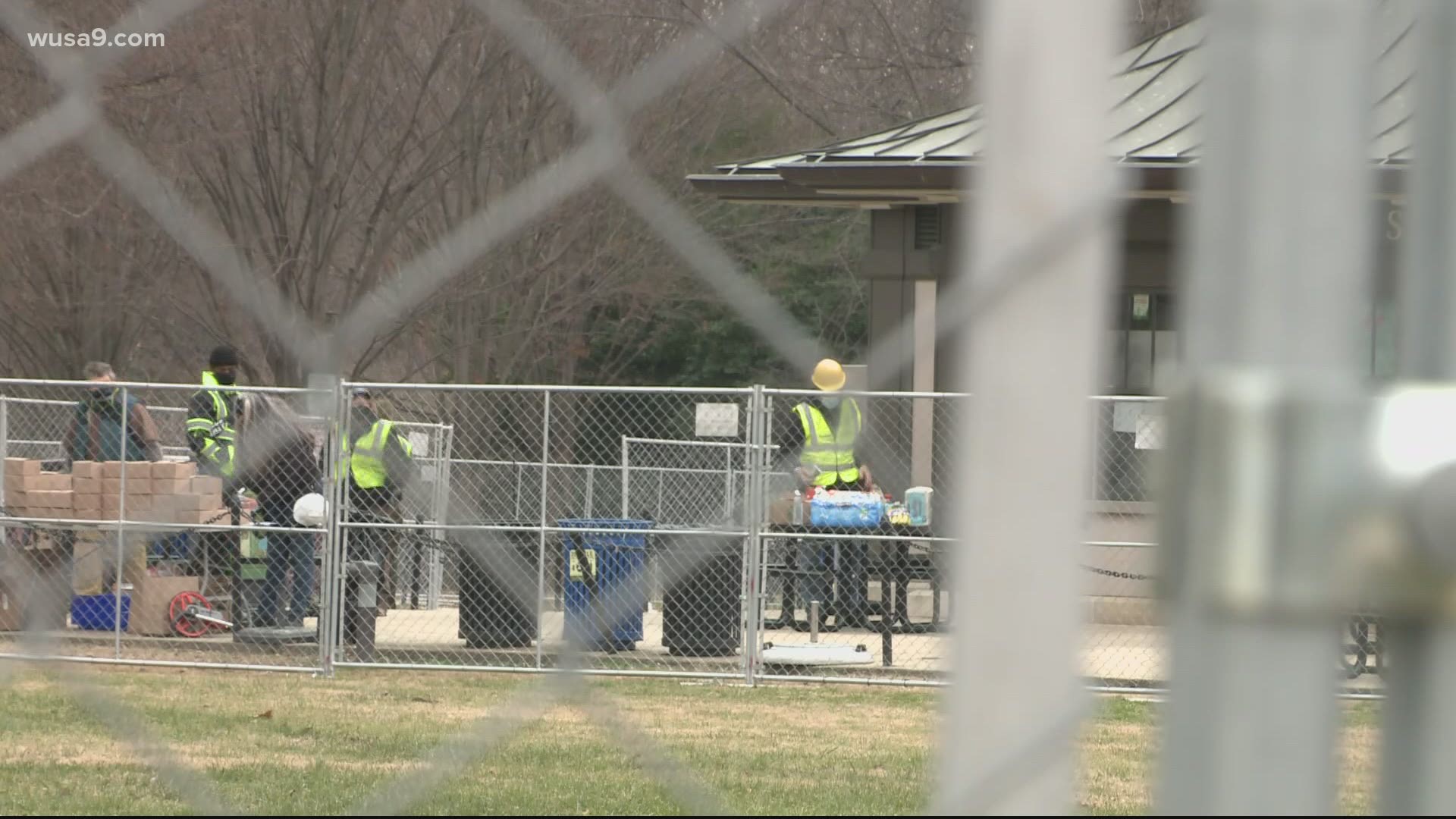 WASHINGTON — There are growing concerns from D.C. residents about the threat of another attack on the Capitol on Inauguration week.

The Federal Bureau of Investigation issued a warning of plans for armed protests in all 50 state capitals and in Washington ahead of the inauguration of President-elect Joe Biden.

Dozens of members of the Advisory Neighborhood Commission have fielded messages and calls from citizens worried about what safety might look like next week. A group of ANC commissioners including Alison Horn and Alex Lopez helped draft a letter urging the city to take additional steps to prevent insurrections from invading the city again.

The biggest push is for the mayor and council to strongly encourage hotels and hosts of short-term rentals, such as Airbnb and VRBO, to not rent rooms during Inauguration week and offer financial assistance to offset losses from voluntary business closures.

They also want financial help for service workers in the hospitality and restaurant industry who might be impacted by the closures.

"We want to limit access to lodging to make it harder for people to come and stay in our city," Horn told WUSA9. "We're asking for the mayor and the council to put as much pressure on hotels and short-term rentals to cancel reservations from these white nationalist hate groups or close temporarily during the Inauguration."

Other requests include encouraging full cooperation between hotels, businesses and local law enforcement to identify violent insurrectionists. Additioanlly, cancel reservations, providing shelter to people experiencing homelessness in DC during the week and reimburse hotels and educating businesses and employees of their rights -- plus resources to refuse service to violent rioters.

"We've all been collectively feeling a lot of trauma about the events of last week and this letter expresses several concrete recommendations," Lopez added.

There has also been a trending social media effort called #DontRentDC to urge short-term rental hosts to keep their homes vacant to mitigate potential violence.

I'm humbly asking all DC folks who rent via VRBO/Airbnb/etc. to refrain from renting/listing their properties from January 17th-20th as we read reports there will be a second far right riot planned#DontRentDC

Airbnb responded with its 'Capitol Safety Plan' for D.C. owners to review reservations and cancel bookings and ban guests associated with hate groups or violent activity.

However, Horn said while it is better than nothing, it is still not enough.

"It seems naïve to me to think people bold enough to bash in windows in the Capitol and take all of the horrifying actions we saw last week, that they would not also mislead an Airbnb host," she said.

The same worry could be felt near the H Street corridor where after finding out some of the suspected rioters were staying at an Airbnb on Wylie Street in Northeast, a resident wrote Black Lives Matter with chalk on the ground in front of the home.

After finding out suspected rioters were staying at an Airbnb in the same block last week, a resident wrote Black Lives Matter across from the house. Neighbors are concerned about another insurrection, and they want STR and hotels to put a pause on reservations. @wusa9 pic.twitter.com/c0SstzPcKc

"I have a black male teenage child and I'm not happy that I had to tell him to stay in the house," neighbor Amanda Davis said. "Just to know there were people that supported what happened on the Capitol staying on our block, that was troubling."

In her briefing, Mayor Muriel Bowser said closing hotels are on the table as an option, but there are no commitments or specifications yet.

The letter was sent around noon and as of Tuesday evening, commissioners have not heard back from the city.