Capitol Vista was designed for the working Washingtonian. 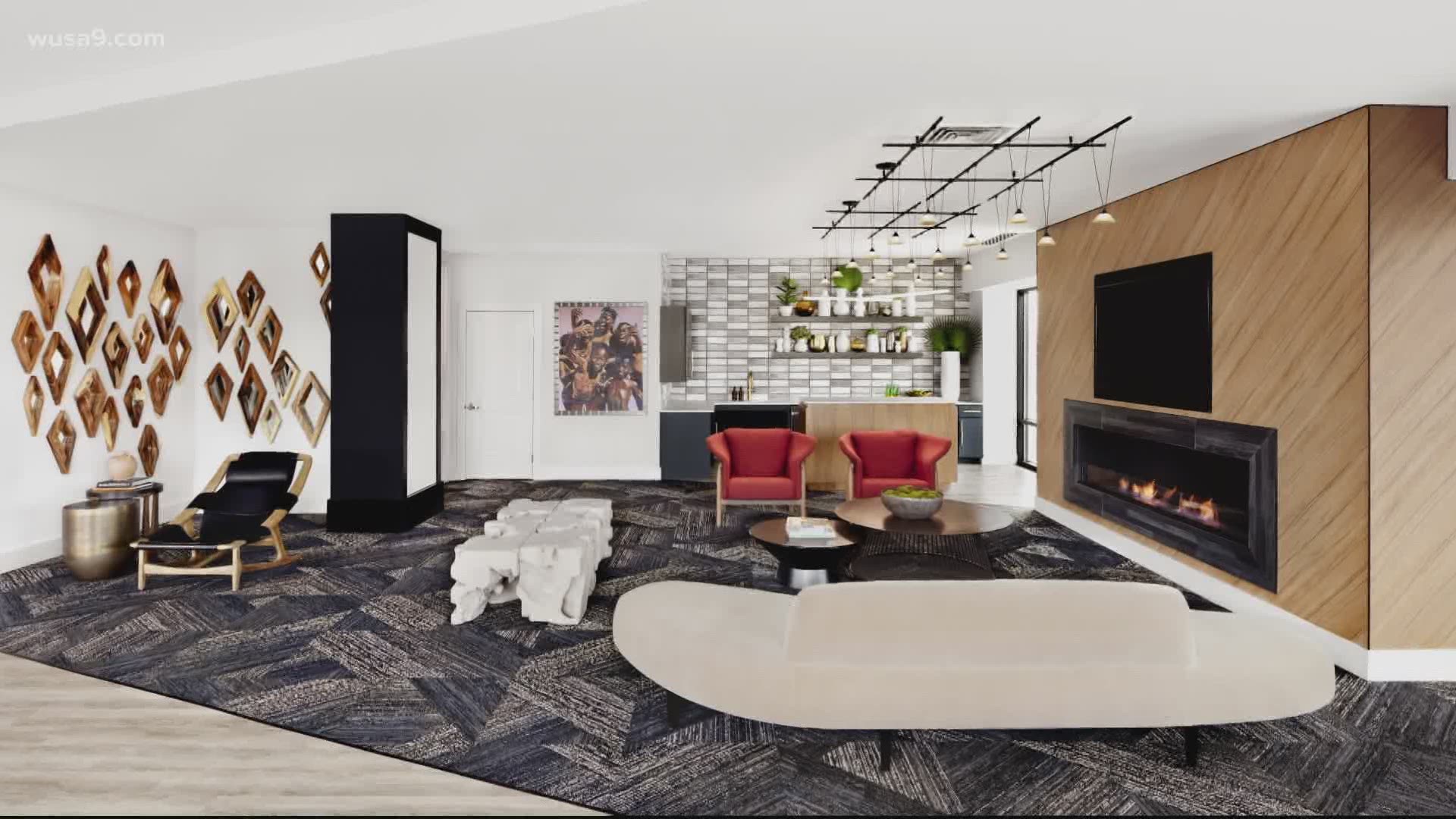 WASHINGTON — New properties are being developed across Washington, D.C. and the surrounding metro region. And minorities only make up just 1% of all commercial real estate developers across the nation, according to Buwa Binitie, Founder and CEO of Dantes Partners. His company is trying to change that narrative.

“There isn't a building downtown, that's owned by a Black person,” Binitie said.

On the corner of 2nd and H street, in the heart of Mt. Vernon, is Capitol Vista D.C. It's an apartment building built by a group of Black developers, managed by a Black property group, designed by a Black interior decorator.

“I'm in an industry where we are only represented to the tune of 1%. That's it. That's the black and brown representation in the commercial real estate field, 1%, and my mission in life is to debunk the system. That's my mission in life,” Binitie said.

The apartments are designed for the working Washingtonian. They sit off the Metro's Red Line. Binitie remembers in his earlier years longing to live in the heart of the city, but not being able to afford it.

“Think about the fact that we have people that no longer have to experience what I experienced 20 years ago. They're living on the corner of 2nd and H,” Binitie said.

When you step inside, the textures and patterns are vibrant and warm. There’s a story of a community, a community that Kia Weatherspoon spent countless hours researching.

“What we've found, like most D.C. communities, it was really segregated by these boundaries, right. So, for us, it was how do we connect the community now and create connecting points along the boundaries?” Weatherspoon said.

@DantesPartners excited to share the work of this group and other developers tomorrow morning on #GetUpDC. We’re discussing a historical property they’ve developed in the heart of DC. #housing #attainablehousing #affordablehousing

The designs are visually remodeling the image of attainable housing for the neighbors who now call these units home.

“I want them to feel worthy and inspired, healed, whole, surrounded by beauty, surrounded by the access that elevated thing that everyone deserves. No matter what their socioeconomic status to feel when they walk in that building,” Weatherspoon said.

The pandemic altered their grand opening. It was virtual, just a small group of community leaders and members. But the building is a symbol of hope. A story of perseverance, and a permanent fixture and a reminder of what’s possible when a community works together.

“Putting up a high rise seems like just an insurmountable goal. Right, " Binitie said. "The generation behind me knowing that they have a shot, they have a means, right, to be able to do the same exact thing, that’s my mission in life."