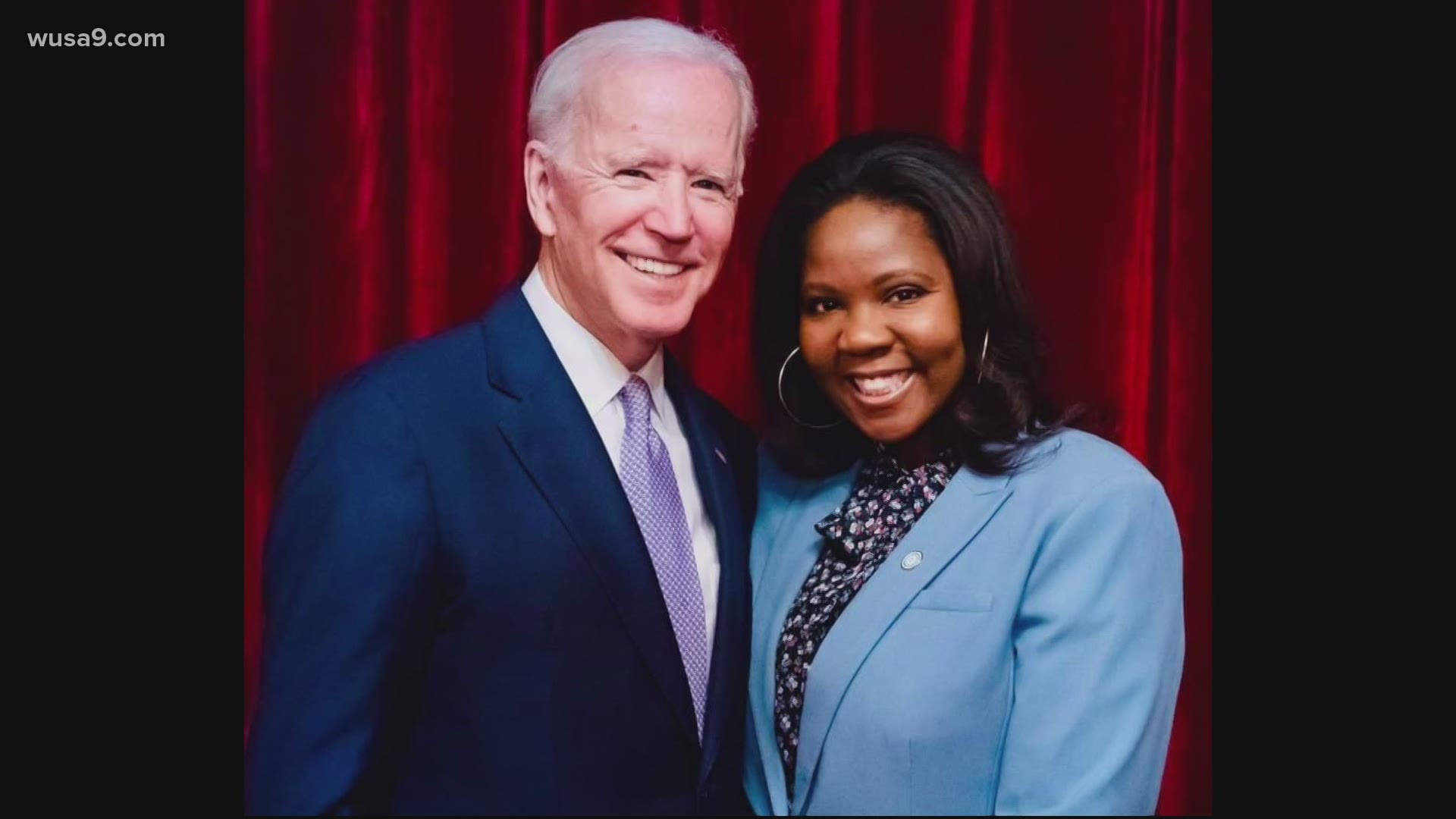 WASHINGTON — In the 2020 election, a lot of emphases was placed on diversity in votes. President-Elect Joe Biden and Vice President-Elect Kamala Harris said Black voters were a key reason they were able to claim victory in the election and it was a big strategy in their campaign.

We spoke with Biden’s National Advisor for Black Engagement.

“It was very important for this campaign to not take any vote for granted and to compete for every vote. And so, our team, ensured that we were meaningfully engaging the black community, ensuring that it was known what the plans were plans that included racial equity that was embedded throughout the plans,” Adjoa Asamoah, the National Advisor for Black Engagement said.

The Biden/Harris campaign saw a big turnout with Black voters. #GetUpDC, we're hearing from .@adjoabasamoah, the National Advisor for Black Engagement during the campaign on how her work & the work of others to help engage that specific demographic. .@wusa9 pic.twitter.com/EAiY8Oy1hp

She ensured that message was understood by the people it was directly geared towards.

“It was critically important to ensure that the community knows what the campaign stood for, not just cast your ballot without having an idea about what you know the administration would actually deliver,” Asamoah added.

Her work began long before this campaign. She was an integral part of ensuring the Crown Act was passed in various parts of the region and that Black people were not held back for their natural look.

“What we've seen is far too many of our students have missed valuable instruction time or had negative educational experiences, based on their hair, which is, you know, unconscionable for so many reasons.”

Asamoah also worked in D.C. with Councilman Kenyan McDuffie to ensure Black history became a part of the curriculum required to graduate from D.C. Public Schools.

“Diversity is, in fact, our strength, and it benefits everyone when you can have an appreciation for not just World History, but really understanding the place that the African experience; the Black experience here in the U.S. is within the context of World History,” Asamoah said.

She believes her work and the work of others played a role in the large turnout of African-American voters. Engaging Black voters is a job that’s never done and one that could carry on beyond the campaign trail.

RELATED: Biden uses workarounds to prepare for the presidency