'Bigger than the music. It's about change' | #DontMuteDC rallies for halfway house in DC

With Hope Village set to close in October and a property owner rescinding the lease on a new one, men coming home from prison are in danger of having nowhere to go. 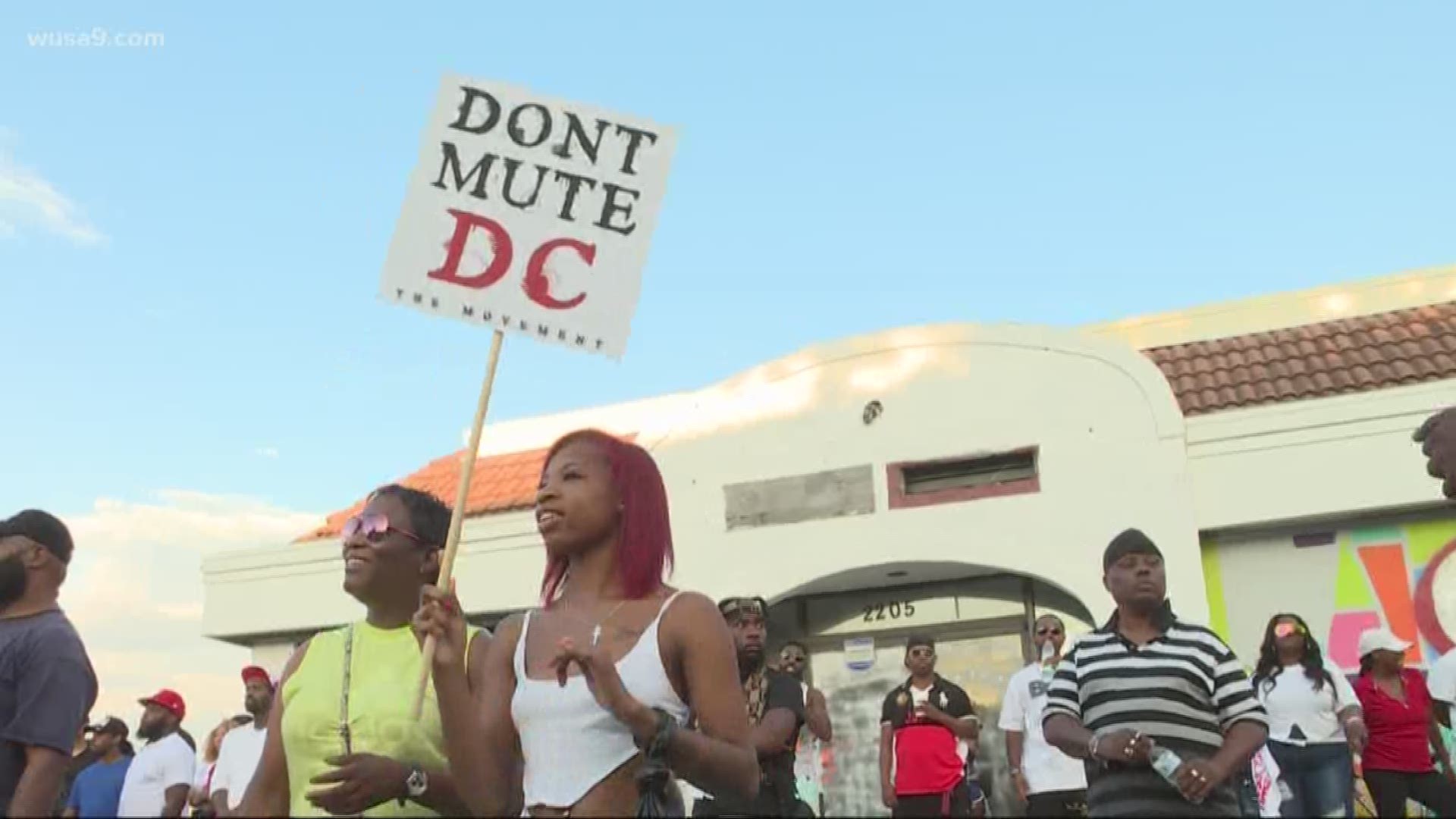 WASHINGTON — #DontMuteDC is rallying around former prisoners now that they could soon be without a halfway house in D.C.

Hope Village, which has housed returning citizens for years, is set to close on Oct. 31, 2019.

Amid numerous complaints against Hope Village, the Federal Bureau of Prisons awarded a contract to a different nonprofit last year to provide reentry services.

The property owner, however, rescinded the lease on the intended new location, leaving returning citizens in the lurch.

“We’re in a position where one halfway house is closing, and D.C.’s citizens are going to be shipped to Baltimore and Delaware if he doesn’t change his mind right away," said Ronald Moten, longtime activist and organizer of Thursday's event.

Organizers with #DontMuteDC are using their Go-Go platform to fuel change in the district.

“This would be catastrophic for not only returning citizens but the community, because if people don’t have a way to be hopeful and make a positive transition, they commit crimes," said Moten.

Go-Go music producer "GMagic" said a lot of his students' parents are in halfway houses.

"They tell me how they miss their parents and how convenient it is for them to be able to go to those places and see and wait for their parents to come home," he said.

Activists said if the community can get behind real issues of injustice like they have go-go music, then they have the potential to create real change.

“We trying to make sure that things that pushed us out, things that don’t give us a second chance are eliminated," said Moten.

RELATED: VERIFY: Is vaping allowed on Metro trains in DC?