VERIFY: Is vaping allowed on Metro trains in DC? 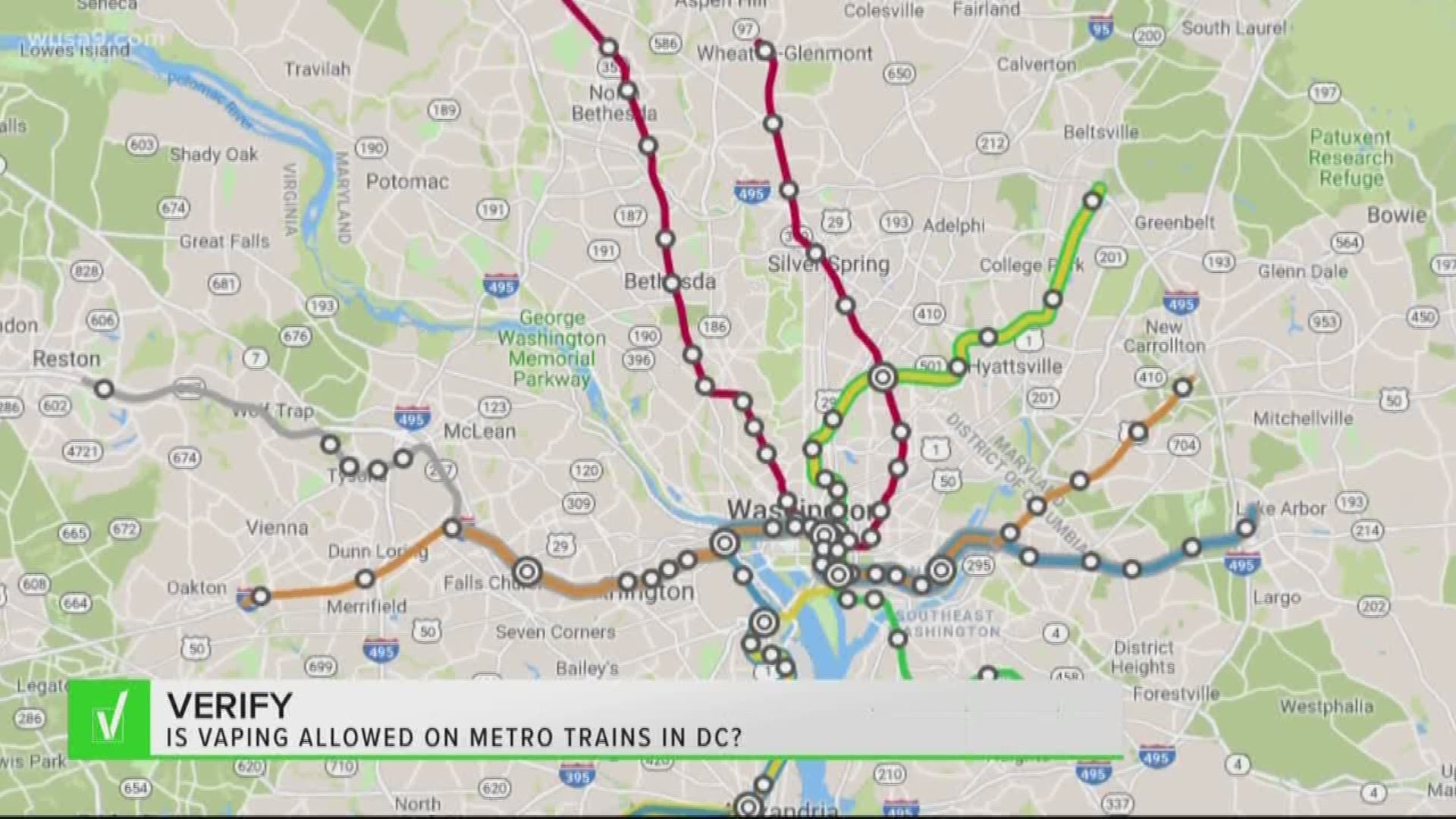 Is vaping allowed on Metro trains in D.C.?

No, according to D.C. laws.

When it comes to things you question in your community, you can count on our Verify team to get you answers.

It shows a man that appears to be vaping while on a Metro train.

The user who tweeted asked -- is vaping on the Metro allowed?

So, we're verifying: can commuters vape on the Metro in the district?

The Verify team first checked out DC Law and code 35  states smoking or carrying a cigar or cigarette is banned on mass transit vehicles which includes the metro.

DC law defines "smoking" as inhaling, exhaling, burning, or carrying items such as a lighted cigarette or electronic smoking device.

This would include an e-cigarette which is also known as vaping.

Credit: Google Maps
A map of the Metro rail system in the DMV.

We asked WMATA what the rules are for other areas, however they would not tell Verify researchers anything more.

So if your Metro ride takes you through Maryland and Virginia check what the rules are for vaping with Metro Police. Metro Police are in charge or issuing citations and according to a WMATA spokesperson, they usually will just ask someone to get off the platform if they're caught smoking an e-cigarette where not permitted.

However for D.C., we verified, vaping on Metro train is not allowed and against the law.

Experts from the National Institutes of Health and the Centers for Disease Control and Prevention who both agree e-cigarette vapors are harmful to bystanders.