Askia Khafra died in a fire in the basement of a Bethesda home that was later discovered to have tunnels dug underneath it. 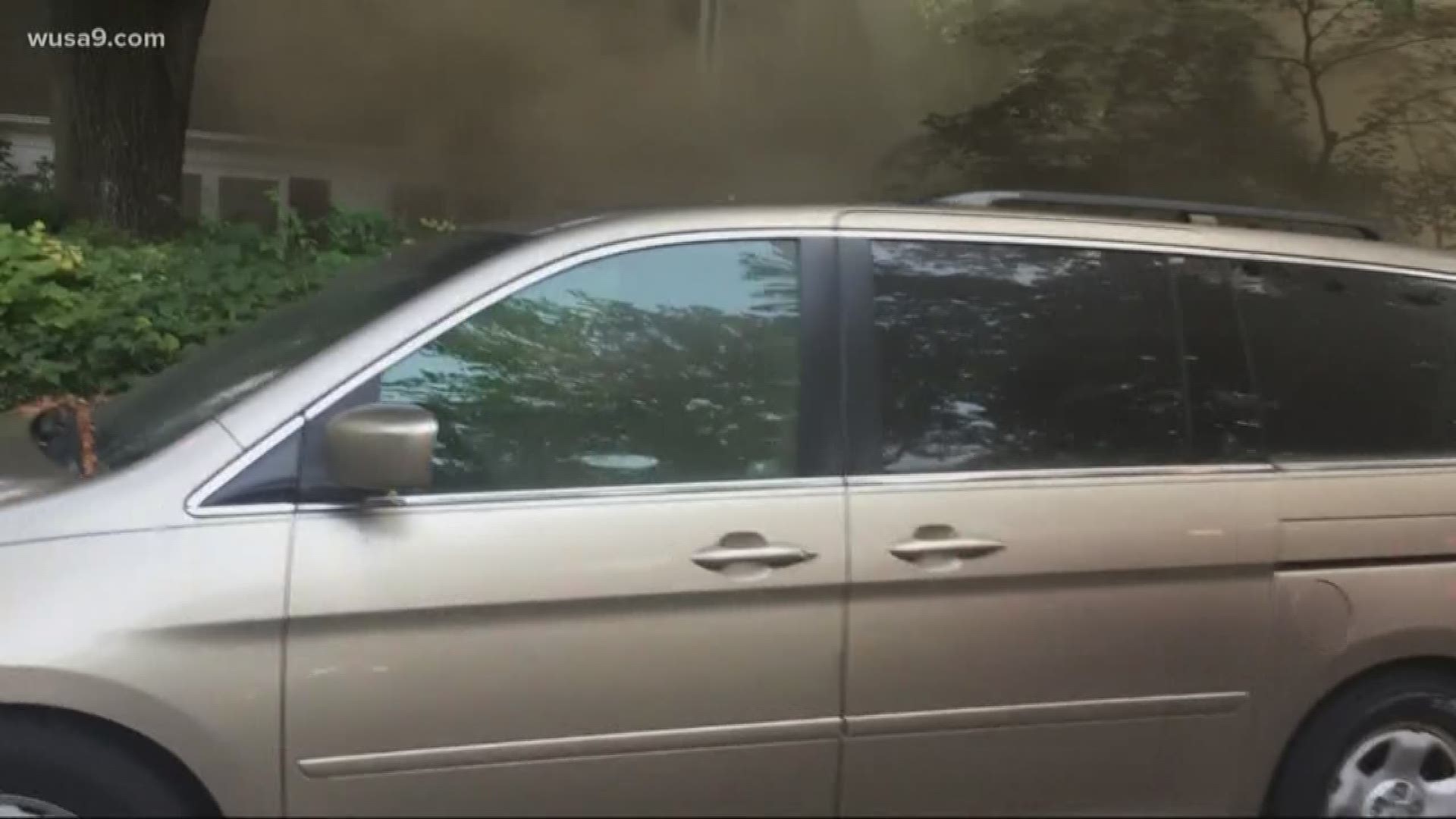 BETHESDA, Md. (WUSA9) -- Trapped in a burning labyrinth of homegrown tunnels, police say 21-year-old Askia Khafra could have been saved.

Now, Montgomery County detectives have charged Daniel Beckwitt, 27, of Bethesda, with the "depraved" murder of Khafra last September 10. In court documents released Wednesday, police say Khafra was laboring on a 200-foot-long network of tunnels 20 feet below Danbury Road in Bethesda when something caught fire.

WUSA9 reporter Bruce Leshan was one of the first on the scene as he lives near the home. After calling 911, Leshan ran into the home where he encountered resident Daniel Beckwitt, who said that another man was inside the home.

Khafra’s body was found naked and charred in the basement. He died of smoke inhalation and thermal injuries, investigators say.

Beckwitt was also transported to the hospital and treated for smoke inhalation.

THE TUNNELS AND 'HOARDING CONDITIONS'

Investigators made a startling discovery shortly after the fire: tunnels dug under the home.

According to court documents, the tunnels were discovered approximately 20 feet down from a hole cut into the basement’s concrete floor.

The tunnels branch out approximately 200 feet in length.

Meanwhile, investigators say that the home had “hoarding conditions,” with the home containing human excrement, discarded items, saturated materials and piles of garbage.

These conditions, according ot investigators, made escape from the home difficult as the hoarding conditions led to maze-like pathways throughout.

"The substantial electrical needs of the underground tunnel complex were served by a haphazard daisy-chain of extension cords and plug extenders that created a substantial risk of fire," said Montgomery County Detective Michelle Smith in the new court affidavit.

In March, Montgomery County sued Beckwitt and additional homeowner David Beckwitt after officials say they failed to safely demolish the home, as well as deal with the tunnels and hoarding.

In May, Beckwitt was arrested in relation to Khafra’s death.

BLINDFOLDED, DRIVEN TO HOME TO DIG

Court documents say that Beckwitt told police multiple times that he rented a car to pick up Khafra in Silver Spring, Md. before driving him to Manassas, Va. There, he instructed the man to put on black-out sunglasses and then drove him an hour back to Beckwitt’s home in Bethesda.

Beckwitt says he told Khafra, who was unable to see where they were going, that he was taking him to an undisclosed location in Virginia.

Once in Beckwitt’s basement, Khafra was allowed to remove the glasses and would dig the tunnels for intervals of days at a time.

BECKWITT KNEW OF THE LIKELIHOOD OF FIRE

"Beckwitt was specifically aware of the increased likelihood of a fire breaking out within hours before the call for a house fire," said Smith. "However, he did not remove Khafra from the hoarded home."

The cause of the fire has not been released.

Beckwitt is charged with "depraved indifference" murder as well as involuntary manslaughter.

The court documents do not make clear the relationship between the two men.

Beckwitt was arrested in Fairfax County and is being held there. He could face a judge in Montgomery County sometime this week.