World War II hero and Angel Flight pilot John Billings, 95, will be back flying missions in weeks, thanks to more than $5,000 in donations to fix a faulty gauge on his plane. 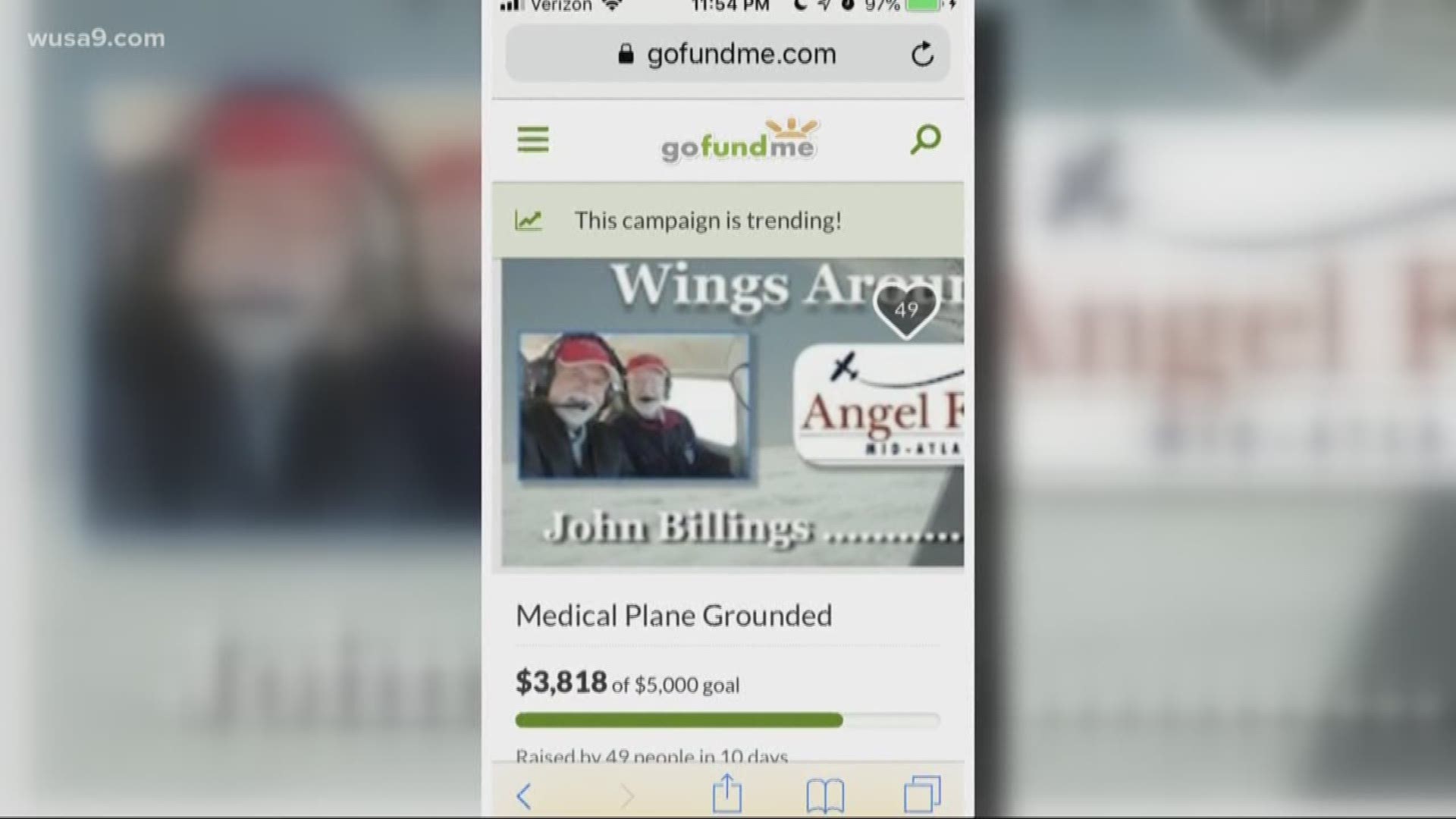 The generosity of you, our viewers and readers, never ceases to amaze. Thanks to you, a 95-year-old World War Two pilot will soon be back in the air, rushing people in medical need to hospitals far from home.

It's great news on American hero Capt. John Billings and his plane.

Capt. Billings and his Angel Flight co-pilot had been grounded by a broken gauge on his Cessna. He needed $5,000 to get it fixed. And as soon as we told people, the donations started rolling in.

"It's reached the goal," he said with a huge smile and a big laugh when we reached him by Skype Friday morning. The applause hit the newsroom. "He hit $5,000!" "It's fantastic!"

After our story aired Thursday that Capt. Billings' medical flights had been grounded by a broken, expensive, and essential horizontal situation indicator, he'd been keeping an eye on the Go Fund Me account set up by a friend.

The last $132 came from Connie Sylvester, who Captain Billings and his co-pilot had flown from Raleigh, NC to Johns Hopkins Hospital in Baltimore for desperately needed medical care. "They have actually allowed me to smile again," said Sylvester. "I love them so much. We have to get them back in the air. They love what they do and they love you. Thank you."

Billings is a World War II hero pilot, winner of the Distinguished Flying Cross from the old Army Air Force, and a share of a Congressional Gold Medal that went to the OSS, the precursor to the CIA. Billings flew 39 flights behind enemy lines for the OSS.

But he says the Angel Flights are at least as rewarding as any spy mission he flew. "Oh haven't you noticed how I puff out my chest? Our paycheck is very high. It's big old smiles at then end of the trip and sometimes hugs."

Billings says he's already put the new gauge on a credit card that doesn't come due until January. Now he just has to get his mechanic to install it. He's hoping to be back in the air flying patients in a couple of weeks.

He says there are only two things that can stop him. If his bank account runs out. Or if he fails the FAA certification. And that hasn't happened yet.