Capt. John Billings (US Army Air Force, Ret'd) can't fly patients to hospitals until he gets the horizontal situation indicator fixed on his single engine Cessna. But the veteran of dozens of bombing and spy missions can't afford to replace it. 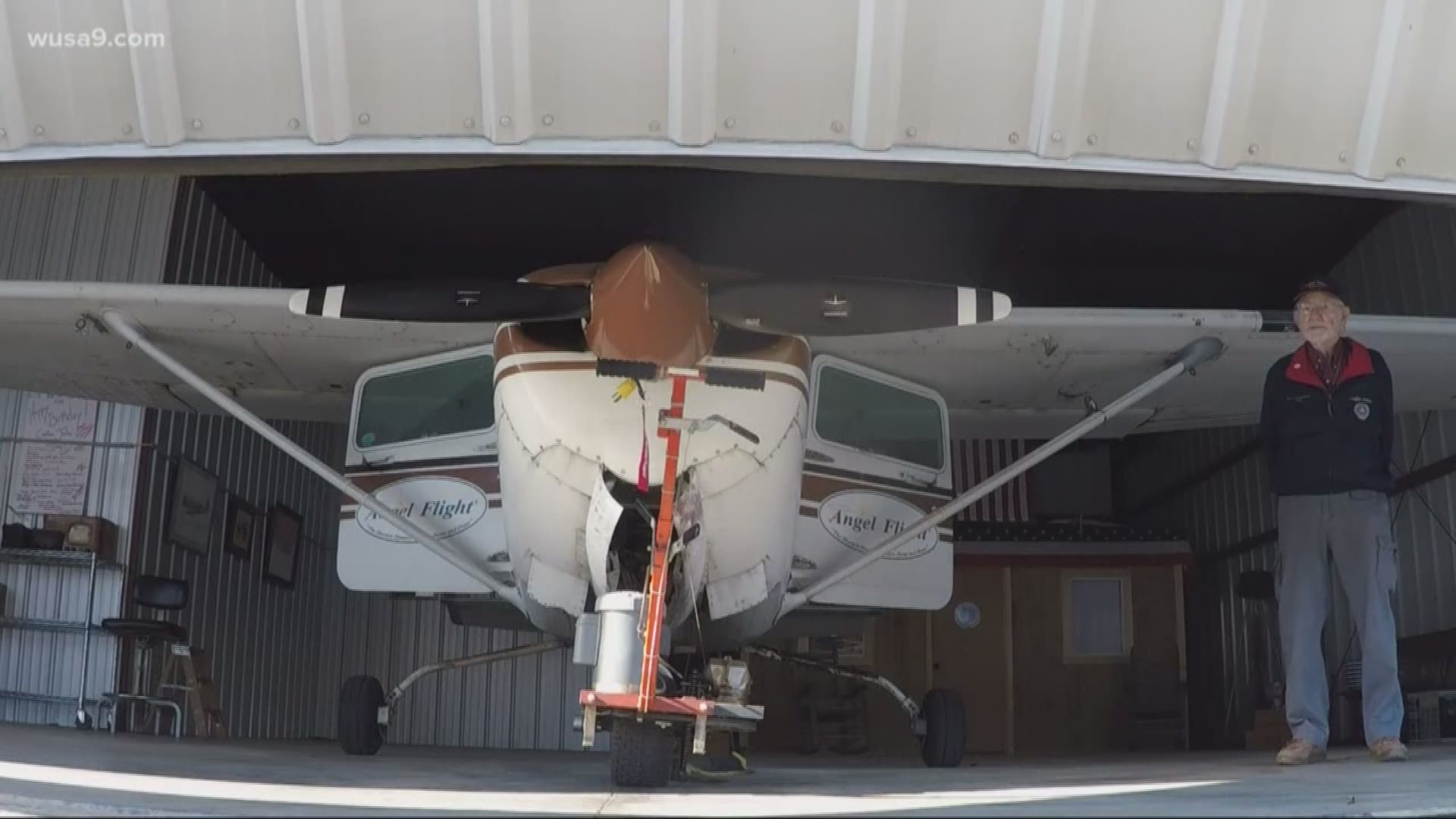 A 95-year-old American hero needs our help; our help so that even at his age, he can keep helping others.

After nine decades, it's not Captain John Billings' body or mind that's giving out. It's an expensive instrument on his single engine Cessna that's failed him. He needs $5,000 to fix it.

"I don't like to be grounded, because the longer I stay on the ground, my feet get sore," he jokes.

He hasn't spent much time on the ground since he learned to fly -- in 1938. He joined the old Army Air Force in World War II.

"I flew 14 bombing missions, mass bombing in a B-24," he said from the cockpit of his current small plane, which is tucked into a hanger at the Luray Caverns Airport.

After the bombing missions, he flew 39 more missions for the Office of Strategic Services, the precursor to the CIA. One of those missions was the inspiration for the Brad Pitt movie, "Inglorious Bastards"at least one they made into a movie.

"I was the pilot," Billings said with a grin.

In retirement, Billings has taken up Angel Flights, 448 so far, racing patients in need of medical care to hospitals that can help them.

"We fall in love with them," the tough old guy said, holding back tears. "I don't need to say more on that subject. We get them there."

But to fly any more Angel Flights, he's got to get that horizontal situation indicator fixed. He can't afford to pay for the instrument and keep paying for the flights.

"Many times we've taken off where, we can barely see across this alley," he said, pointing to the narrow space between two hangers.

Angel Flights requires pilots to be certified for instrument flight by the FAA, which Billings is. But without the gauge, his plane is not.

He's faced enemy fire and saved lives in both war and peace. He just can't believe a $5,000 instrument ground him permanently.

Friends have set up a GoFundMe page to help get Captain Billings back in the air flying people in need to medical care.