448 businesses moved from Downtown DC in three months - how many more are next? 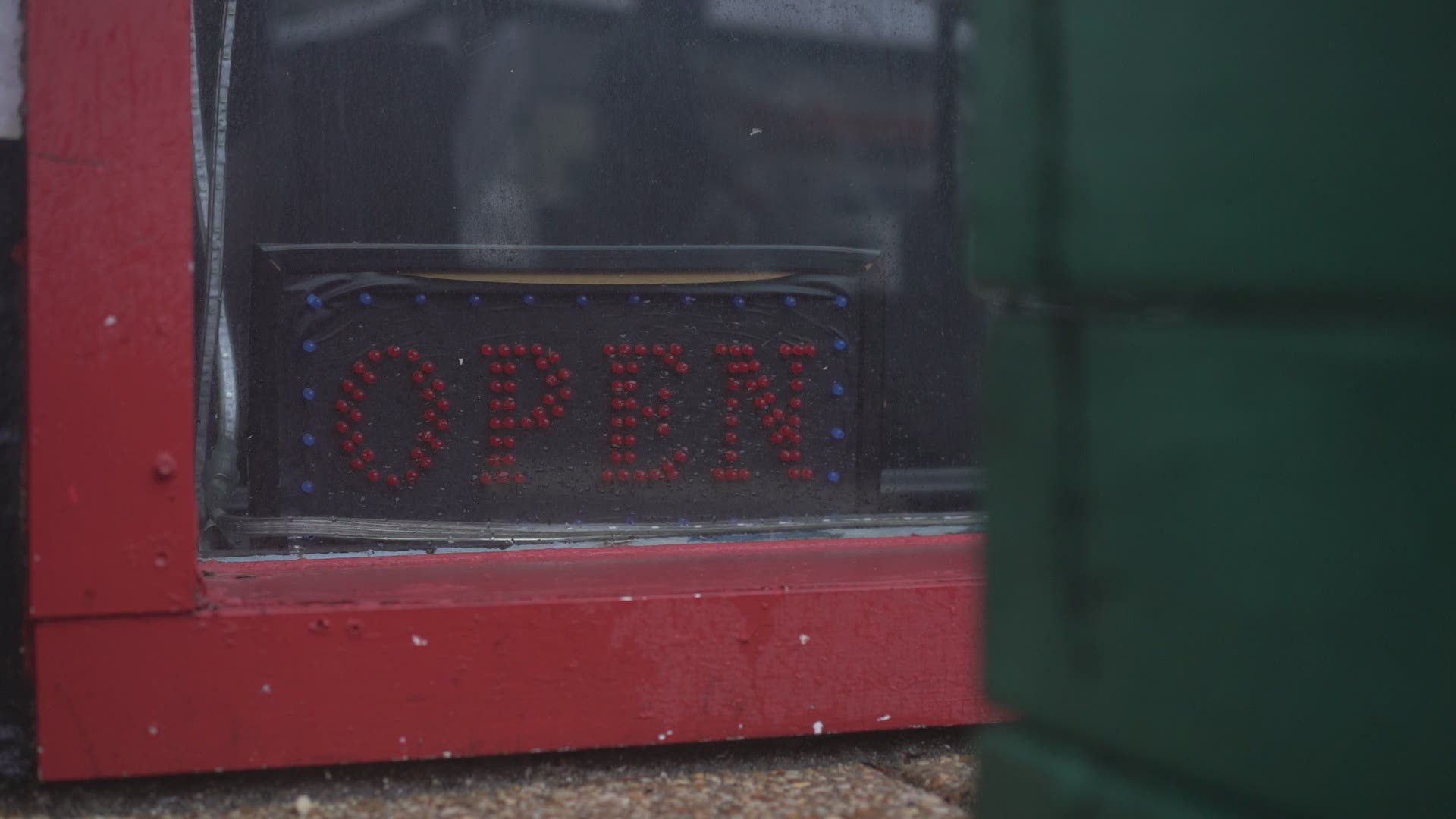 WASHINGTON — Four hundred and forty-eight. That’s the number of businesses that moved out of downtown Washington D.C. or went out of business from October to December 2020, according to U.S. Postal Service change of address numbers.

This list of businesses includes sandwich shops, coffee shops, and a variety of locally owned businesses, according to the data given to WUSA9.

A place that used to have lots of foot traffic and pedestrian business the intersection of 14th Street & K Street in Northwest D.C. Now, it is nowhere near as busy as it was a little more than a year ago.

Christine Miller Langemak is a commercial furniture salesperson. WUSA9 spoke to her on that intersection walking to something rare these days: a sales appointment downtown.

"I'm just praying for this 'roaring twenties' that everybody's talking about, right? So history will repeat itself. And somehow everything is going to be OK," said Langemak.

Even if the economy snaps back next year, downtown D.C. may still be emptier than we’re used to, according to a study by The Greater Washington Partnership.

The data from Greater Washington Partnership shows that 30% of downtown workers staying home, even into 2022, could mean continuing hard times for the small business owners that used to count on foot traffic.

Data from OpenTable shows reservations in D.C. are down 66% compared to a year ago. This does not show all the encompassing factors for why businesses are moving but does give a visual outlook of how day-to-day business has been impacted.

By law, the District must balance its budget. That could create a domino effect of budget cuts including impacts on D.C. Public Schools, funding for Metro, the D.C. Metropolitan Police Department, D.C. Child and Family Services, and several more agencies residents and commuters rely on daily.

D.C. CFO's office says it can tap into the District's reserves for funding to balance the budget for 2021. But what that looks like, and what budget-balancing may be needed after this year, is not as clear.

"At the end of the day, a commercial tenant is going to pay about twice as much in taxes as a residential unit for the same square footage," remarked Greysteel commercial real estate agent Ben Wilson.

"I think we've seen more of a trend toward more nationals, those are the ones that have the balance sheet to be able to survive a little bit longer if things start going wrong," said Wilson. "And the smaller mom and pops, I think they're really getting pushed out. And I think it'll be really interesting to see if many of them survive."

Structural engineer Cedric Simon is an essential worker and remained in downtown D.C. during the pandemic. He says morale is down at his office with all these neighboring vacancies.

"After about three, maybe four months of COVID, it started to kind of be surreal, like, maybe things are not going to get back the way they used to be."