A retired United States Army General is now calling on the Department of Veterans' Affairs and other senior military leaders to step up and take responsibility for any psychiatric or physical side effects caused by the antimalarial drug, mefloquine. 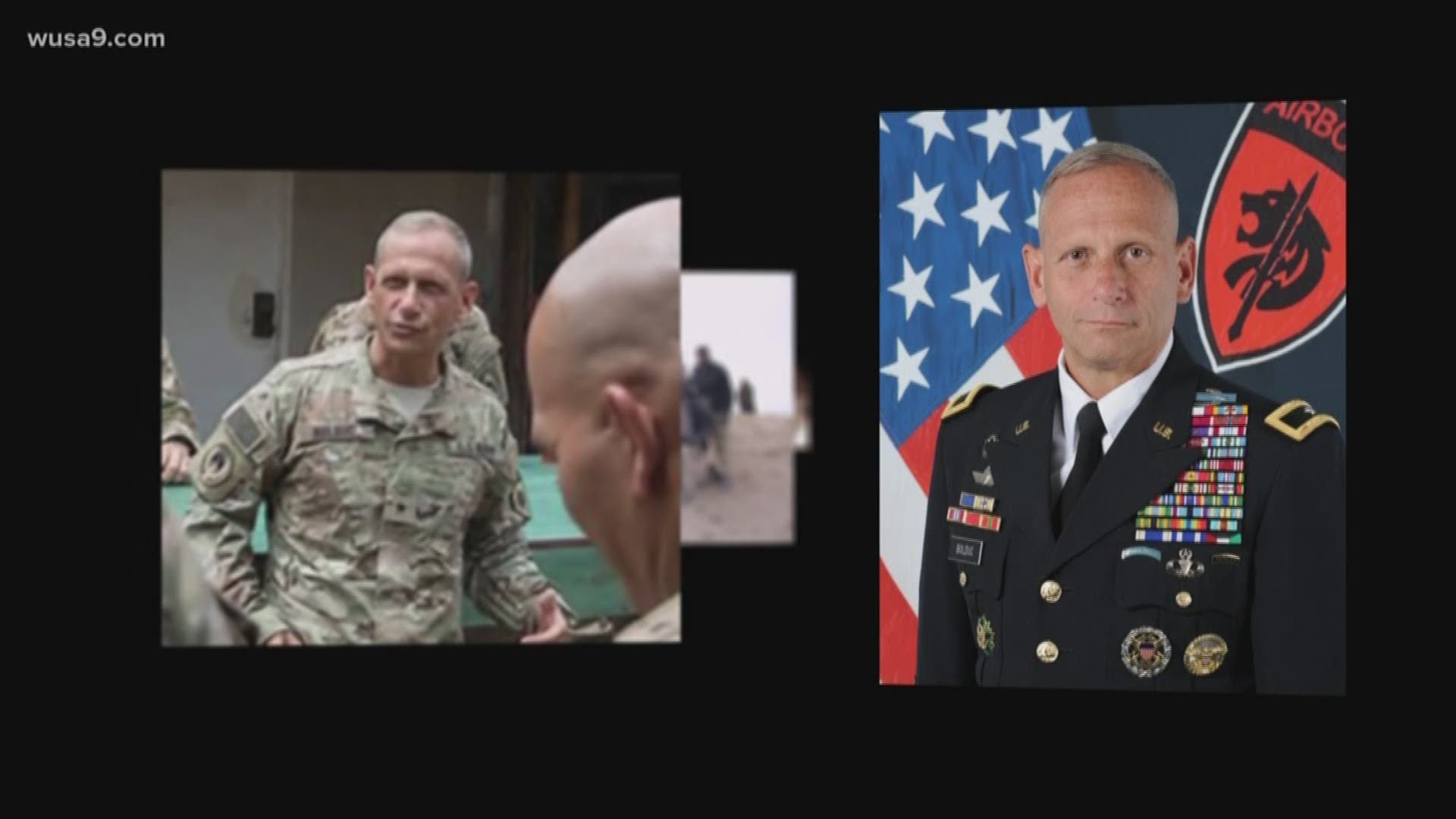 WASHINGTON — A retired United States Army General is now calling on the Department of Veterans’ Affairs and other senior military leaders to step up and take responsibility for any psychiatric or physical side effects caused by the antimalarial drug, mefloquine.

PART 1: Veterans allege devastating side effects from anti-malaria drug they were ordered to take

Veterans from around the world have told WUSA9 the drug they were ordered to take caused devastating side effects.

"You hear many presidents and many leaders say what we owe them, we can never pay them back. Well, here’s a way to pay them back," said Brigadier General Donald Bolduc.

But his most challenging battle may lie ahead: holding the United States government accountable for any life-changing side effects that may have been caused by mefloquine. It was ordered for tens of thousands of American service members.

"We owe it to those who served our country to treat them properly when they have side effects," said General Bolduc.

Veterans allege the drug caused life-changing, career-ending symptoms. Side effects that have lasted for decades. Among them: gruesome night terrors. Depression, anxiety, and paranoia that mimic symptoms of PTSD. Ringing in the ears. Memory loss. Hand tremors. Balance issues. And gastrointestinal distress that often comes without warning.

As a Brigadier General, Bolduc was the Commander of Special Operations across the entire continent of Africa. In that role, he was responsible for more than 1,700 military personnel operating in 28 countries throughout Africa and Europe.

From the 1980s to 2013, the Department of Defense ordered service members deployed to Somalia, Iraq, Afghanistan and elsewhere to take mefloquine to prevent malaria. The mosquito-borne disease can be fatal.

In an interview at the Pentagon earlier this year, Colonel Andrew Wiesen said, "We attempted to give folks the best possible agent to protect them to the highest degree. To do any less would have done them a disservice."

But starting in 2013, the DOD backed off mefloquine, using it only as a last resort. That was after the Food and Drug Administration issued a black box warning. That’s the FDA’s strictest alert on a drug label when there’s evidence of a serious hazard.

General Bolduc knows the side effects firsthand. He took the drug during multiple deployments and experienced devastating symptoms including night terrors and paranoia, even after he returned home.

"I couldn’t drive. The reason I couldn’t drive was because of hypervigilance," he recalled. "I thought that I had to drive like I was in Afghanistan. Every stimulus around me was a threat."

In 2008, drugmaker Roche stopped producing the brand name version of mefloquine, called Lariam. Two generic forms are still available in the United States by prescription only. Three other generics have been discontinued.

So, how does our government make this right? General Bolduc says the VA should start by contacting every single veteran that took the drug and letting them know they may be experiencing some symptoms. VA doctors need to be trained to recognize them. And, he believes, every health assessment done on a service member or veteran should include questions about mefloquine.

"Please, please senior leaders, take this on. It has to do with the health of the current force and the health of our veterans, later on in life. And that’s hugely important for our country," he said.

The General is one of a growing chorus of voices demanding government accountability on this issue.