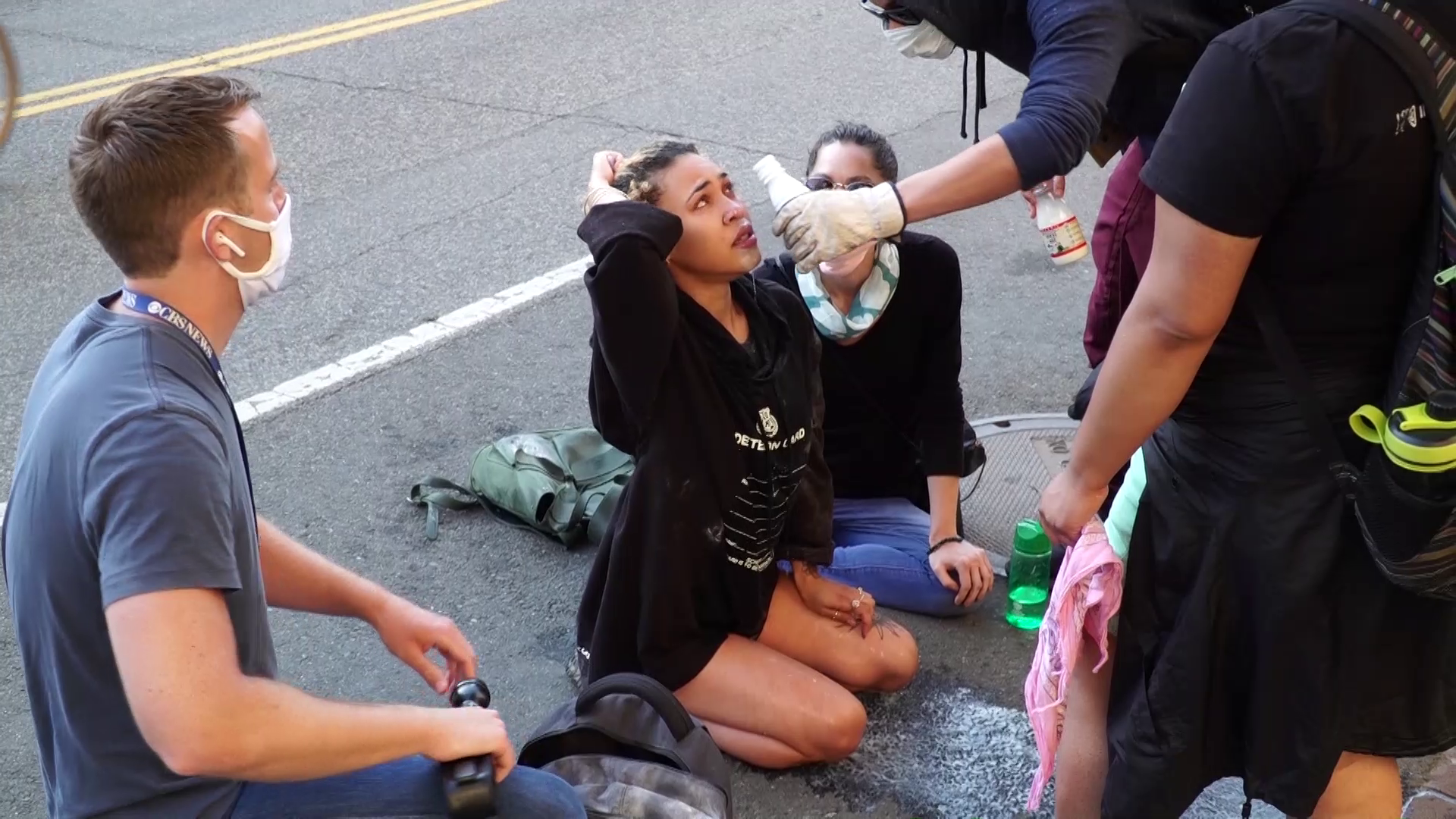 WASHINGTON — An attorney for DC Police said in court, for the first time, that the department did indeed use tear gas on protesters around Lafayette Square Park last June. Protesters and the ACLU are suing federal police, and MPD, over their use of tear gas.

MPD has consistently said that it was “not involved” in what happened at Lafayette Square Park on June 1, 2020 when protesters were forcefully cleared minutes before former President Donald Trump walked to St. John’s Episcopal Church.

Protesters also reported seeing DC Police firing tear gas in their direction closer to 17th and H while fleeing federal police tear gas. The department has previously refused to say what, if any, tear gas munitions officers used on protesters that day. Leadership has said that its actions were to enforce Mayor Muriel Bowser’s 7 p.m. curfew.

In a federal court hearing Friday, MPD’s attorney gave reasons for why the department used tear gas and other chemical irritants on protesters

“The curfew, violence of past nights, chaos created by federal defendants, discharge of tear gas in that direction was not unreasonable," attorney Richard Sobiecki, representing MPD, said.

Sobiecki added that because its officers “did not target specific protesters,” their constitutional rights were not violated.

"They suggested at various points they were encouraging people to move south on 17th street," Scott Michelman, DC ACLU's lead attorney for the protesters, said. "And that was encouraging via tear gas. That day was scarring in multiple ways, just in terms of the unexpected nature of the attack, the brutality of it, and the betrayal that many of them felt."

The following Tuesday, the one year anniversary of the tear-gassing, MPD Deputy Director of Communications Kristen Metzger released this statement to WUSA9:

"On June 1, 2020, a number of individuals in the area of 17th and H Streets NW began throwing multiple objects at Metropolitan Police Department (MPD) officers. This included an incendiary device attack that seriously burned and scarred the limb of an MPD officer. In response to these assaultive actions, MPD deployed crowd control tools that included tear gas in an effort to stop the riotous behavior and protect both officers and others in the area. As was stated previously, MPD was not involved in the movement of the President from Lafayette Square to St. John’s church on June 1, 2020."

Justice Department attorneys defending former Trump administration officials and federal police commanders defended their actions in June with two primary arguments. First, they said it was needed to protect the president from an “unscreened crowd” before he made his sudden walk across Lafayette Park to the church.

Secondly, they said because there is a new administration, the protesters who are suing can’t claim their ability to protest in the future is at risk.

A federal judge will decide whether the police agencies and federal officials get to keep their “qualified immunity” protecting them from civil lawsuits.