Mamie Preston refuses to leave her house even though a structural engineer told her it isn't safe. 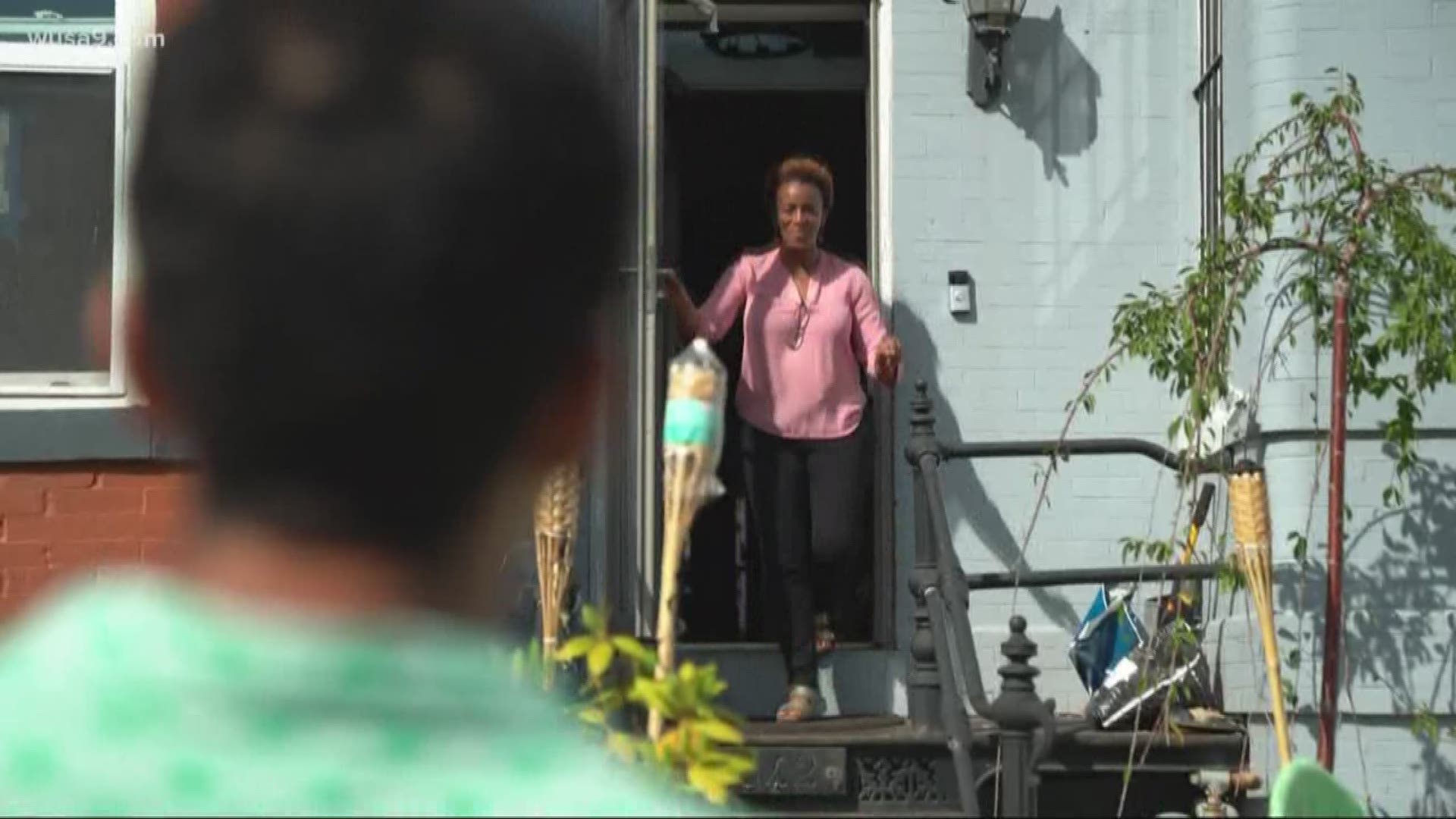 WASHINGTON — The sign on Mamie Preston's 13th Street Northwest row house greeted us before we even before we even met her. But it still didn't prepare us for what we found inside.

"This is the window that falls when the wind blows," Preston said. "Literally, this comes out." She pointed to a window in her living room. Then she gingerly walked down the stairs to the basement.

"This is the main wall," she said. "This is what's called the party wall. The party wall has sheared away from my walls. The frame of the door is sitting on the door, so you can't open the door."

By all accounts, Preston's home is falling apart. She said Todd Ragimov, a house flipper renovating the row house attached to hers, compromised the structural integrity of her home.

According to the D.C. Department of Consumer and Regulatory Affairs and Preston's lawsuit, construction crews hired by Ragimov dug far below the foundation without the proper support. It's been two years and Preston says the damage is only getting worse. 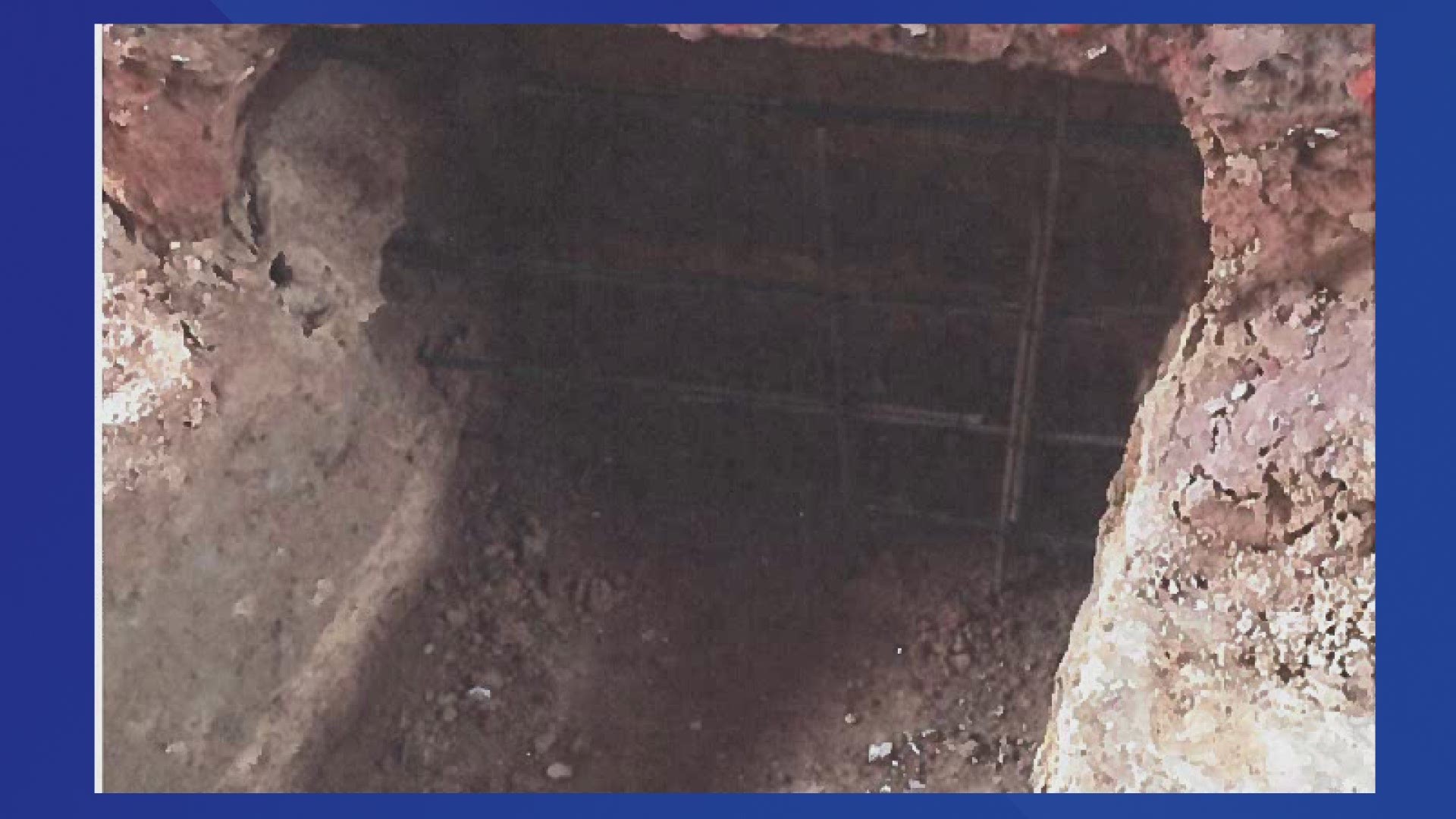 She walked to her back patio to show us the exterior brick wall of her house. The narrow brick wall is all that's separating her house from the outside.

"It is," she said, when asked if her home is holding on by a string. She said she's scared.

And it's not just Preston's home. The Arguettas, her neighbors on the other side of the construction, led us through their abandoned row home. It's now covered in mold and overrun by rats and raccoons. Firefighters evacuated the family two years ago.

"The dude said, 'I'm sorry, you guys got to get out of the house. You have 10 minutes to grab what you can,'" the owner's grandson, Jonathan Perez, said.

The Arguetta's lawsuit said contractors working for Ragimov also dug under the foundation of the Arguttea's home. The family lives just two doors down from Mamie Preston. Jonathan said it started with a crack in the bathroom wall that had, within hours, spread to his bedroom.

"You can see, like, the light beaming in," Jonathan said.

By the time everyone had returned home from school and work, the entire wall had separated from the house.

Credit: WUSA9
The Arguetta family was evacuated from their home by DC Firefighters in 2017.

Mamie Preston said DCRA is aware of her problems.

"I don't even believe DCRA can control it if they wish to control it, that's how I feel," she said.

DCRA is responsible for keeping buildings safe and up to code. WUSA9 has been investigating DCRA for more more than two years. WUSA9 has exposed widespread failures: developers cutting corners, poor inspections by DCRA and code violations that go unchecked.

After our reporting, four top DCRA officials left and a new director was hired to turn the troubled agency around.

"He doesn't have the structure to do it as we need right now," councilmember Brianne Nadeau said.

The Ward 1 councilmember proposed legislation to protect homeowners because, right now, she said, they have no financial safety net.

That's what Preston was trying to do. But Ragimov's lawyer said it's not entirely his client's fault. The attorney said Romero Construction did the work and insurance lapsed.

"Señor Romero Estas? Abel? No Estas," a woman said when we stopped by the Temple Hills home listed on court documents for that contractor,  Abel Romero.

According to the lawsuit, Romero Construction said there was a problem but denies it was their fault. It's unclear if Romero has legal representation. There is none listed on the court documents, and we couldn't track down a lawyer.

So the developer is suing the contractor, leaving Preston on the hook for the cost of her repairs -- unless a judge rules in her favor.

"The damage is done and it continues," Preston said.

DCRA blames the developer's LLC for that damage, and said the owner of the property, not the contractor, violated District construction codes. The agency issued stop-work orders and $18,000 in fines.

DCRA declined our request for an on-camera interview, but said in a statement: "We share the neighbor's justifiable frustration about the damage to their properties."

According to the architect's plans, DCRA approved the work after the developer's structural engineer signed off on them. That happened before any digging started.

However, WUSA9 obtained a letter in which the engineer tells DCRA his seal on the architect's drawings is fraudulent and was used without his knowledge. So the project shouldn't have been approved in the first place.

We asked DCRA about the fake seal. The agency said it took two years to realized the papers were phony.

Credit: WUSA9
Mamie Preston fears for her family's safety after damage to her home.

"This is where my child sleeps," Preston said. "What is that doing to him, I don't know."

But the tears don't last long because Preston knows she has a legal battle on her hands. Rvery crack in the wall, every shift in her home's foundation isn't enough to break her resolve.

After all, Preston's home is covered with prayer cards, crosses and images of Saints. She said that when she walks up the stairs that she has "no fear."