Despite his history, the U.S. Department of Agriculture issued Jerry Lee Holly a permit for his 80-acre farm in Upper Marlboro, Maryland, where he brought 40 zebras. 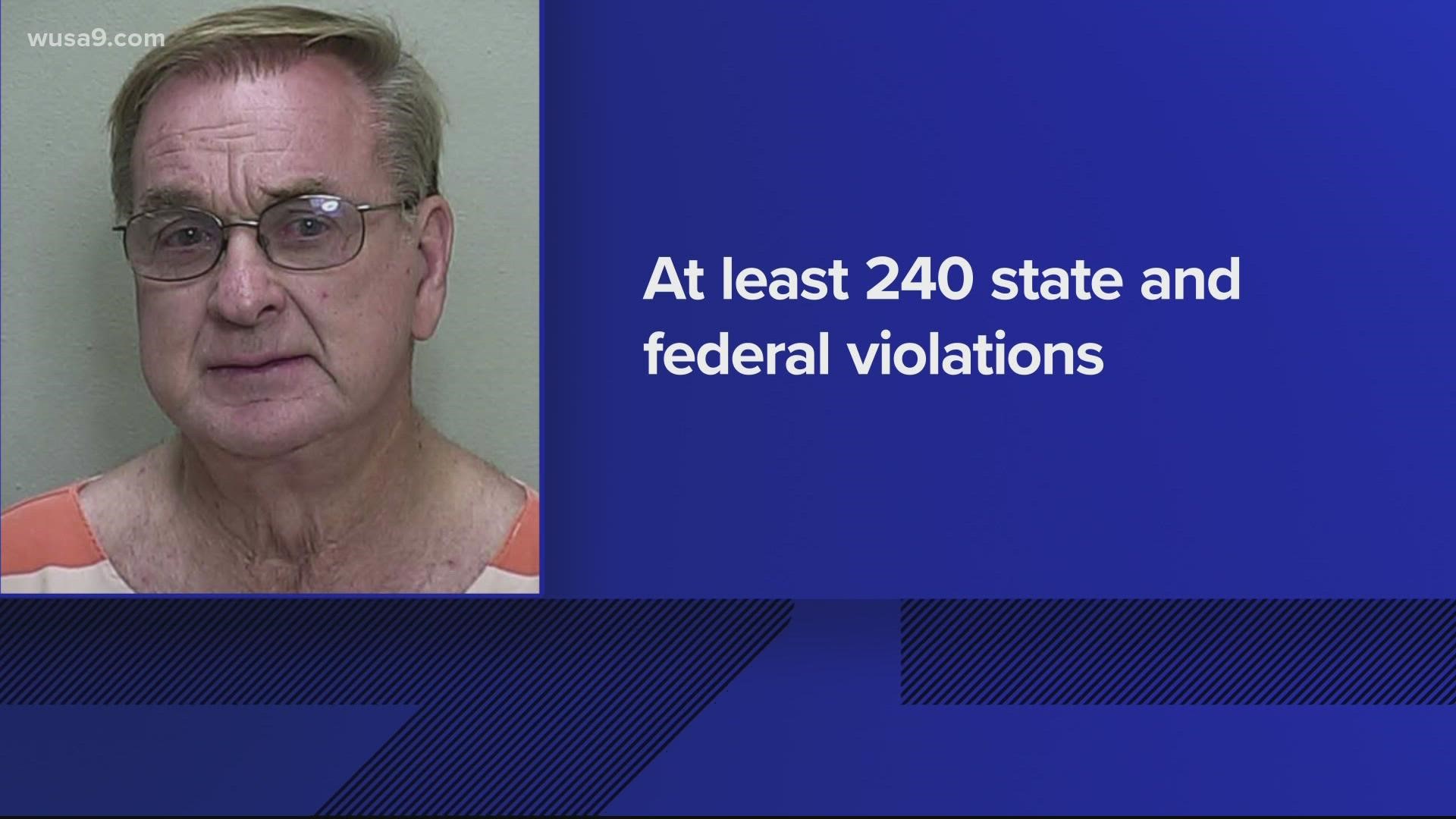 MICANOPY, Fla. — For two months, the DMV region has been captivated by a bizarre story of escaped zebras running around Prince George's County. From the first dazzling sighting to the tragic news of two deaths, WUSA9 has tracked the story's many twists and turns with zeal.

Now, the story has taken us to the small town of  Micanopy, Florida -- population 600.

Jerry Lee Holly, 76,  is the owner of a herd of 40 zebras that were transported from Florida to his 80-acre farm off Duley Station Road in late August. The exotic animal trader who brought these elusive creatures to Maryland in the first place is facing three counts of animal cruelty in the Old Line State.

But Holly's history of alleged animal abuse starts long before he came to the area this summer.

From the outside, Holly's 810-acre Florida ranch looks like a wonderland straight out of Africa. Sprawling fenced-in pastures are dotted with live oak trees and signature Spanish moss. There are barns and a stately home. And, of course, wildlife.

The Florida ranch is where Holly previously kept his dazzle -- what a group of zebras is called -- before the U.S. Department of Agriculture issued him a permit allowing the relocation of the herd to Maryland.

The Florida Fish and Wildlife Conservation Commission provided WUSA9 with hundreds of documents detailing Holly's animal care for nearly 20 years. The documents show that life inside Holly's ranch is far from a wonderland.

Holly has been convicted twice for violating Florida regulations on caging captive wildlife. Inspection reports dating back to 2004 show Holly's been cited at least 240 times by state and federal regulators, for violations including keeping animals in filthy and dangerous conditions; several of Holly's animals have been injured, or even died, according to the reports.

Holly's state license was revoked in Florida in 2016 and a renewal was rejected in 2018.

According to a USDA spokesperson, Holly's federal license was canceled in summer 2020 for failure to renew. The license listed two sites: the ranch in Florida and the Maryland farm.

In October 2020, Holly applied for a new license, only listing the Maryland address. That license is active, according to the USDA.

"They just keep giving people chances," Florida animal welfare advocate Diane Marchand said. "And I don't know if ...  they don't want to take the animals. But it's like how long are you going to let these animals suffer while you're babysitting these people?"

Since they were transferred to Maryland, two zebras from Holly's herd have died; one was found dead in an illegal snare trap just feet away from Holly’s fence line enclosing his captive herd, according to Maryland charging documents.

“The animal should have been seen or heard while it was dying from being caught in the snare if the caretaker had attended to the zebras in the fenced enclosure, and most likely died of dehydration after a period of a few days struggling in the trap,” investigators wrote.

Investigators said another dead zebra was found in the farm’s enclosure, noting it had been "deceased long enough that it had entered the rigor-mortis stage."

When WUSA9 visited Holly's farm in Upper Marlboro, Holly said he had no comment and asked our reporter to leave.

RELATED: He stared into the zebra’s soul, and posted it to Snapchat. Man meets elusive Maryland zebra