An Army nurse warned an employee would hurt her, then he set her on fire. Now, she’s fighting for accountability

Records show Capt. Katie Blanchard reported her fears to her supervisors, but she was still assaulted. She says she has no way to hold Army leadership accountable. 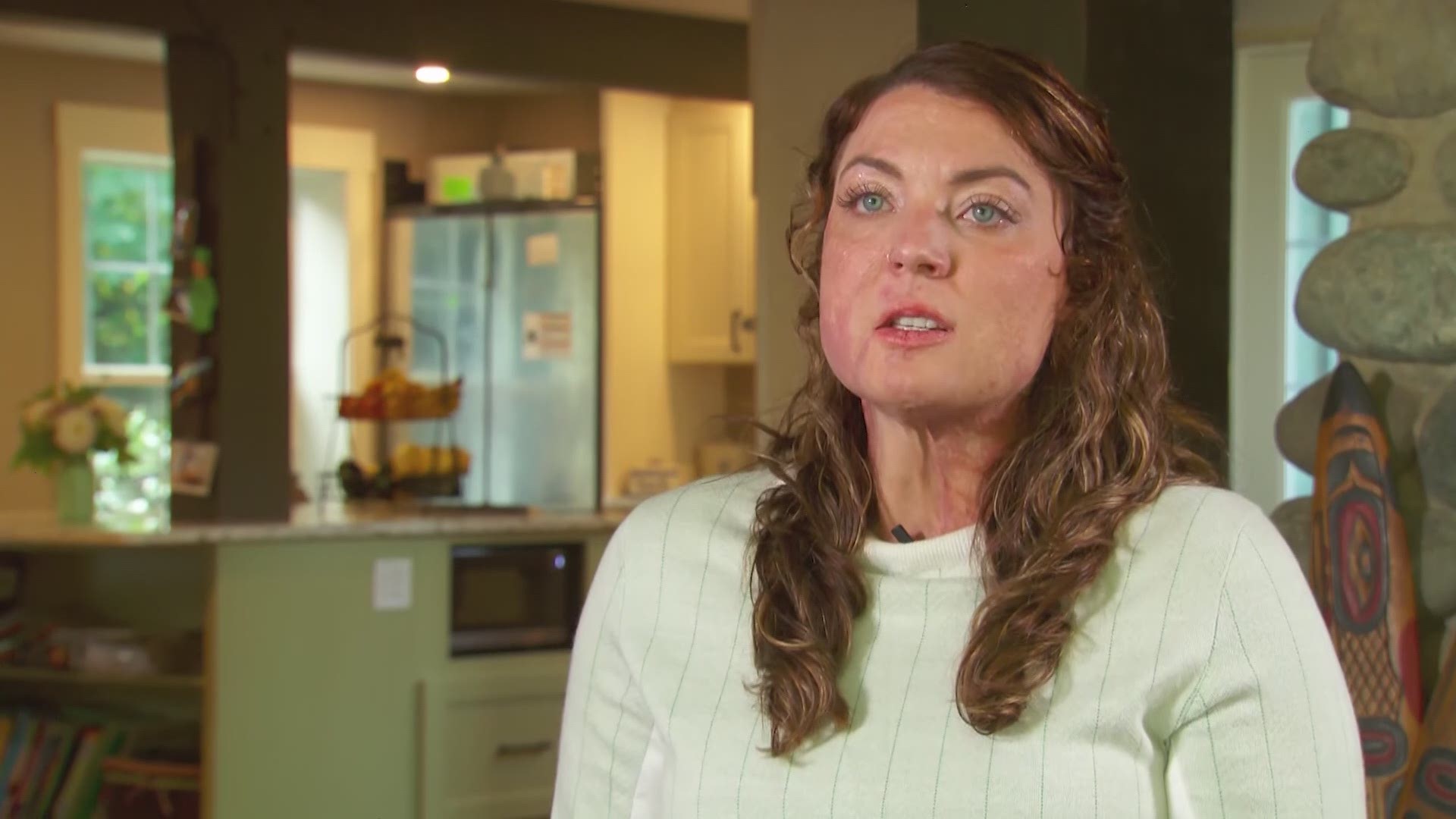 WASHINGTON — Army nurse Katie Blanchard warned her command something was going to happen to her. She told coworkers she was afraid of the civilian employee she supervised. Then, court records show, he nearly killed her.

But WUSA9 uncovered that she has no way to do what almost every other citizen can do: hold her employer accountable. She's not allowed to sue the military for what happened to her.

On Sept. 7, 2016, then-First Lieutenant Katie Blanchard was in her office at Munson Army Health Center in Fort Leavenworth, Kansas.

"It happened really fast," she said. "I looked up and I could see him at my doorway."

It was in that moment that Clifford Currie, a civilian employee Blanchard supervised, changed her life forever.

"He doused me with gasoline and lit two matches, and before I could even stand up had thrown the matches at me and I felt a sudden burst of heat, of flames," Blanchard said. "I couldn't see anything because my face was engulfed in flames."

She remembers a fellow nurse trying to help.

"I saw Currie, Clifford Currie, my attacker, coming at me with large industrial scissors and a straight blade and I remember putting my hands up," Blanchard described. "You know, I couldn't see very well but I just remember all of us being in a scuffle very close together and me putting my hands up as he was stabbing at both of us."

Someone was finally able to restrain Currie.

Capt. Katie Blanchard recovers after she was set on fire and stabbed

In fact, they were warned something was going to happen, according to an Army investigation of the incident. Sworn statements show Blanchard reported her fears to her supervisors.

"Lt. Blanchard told me that she was worried he would do something to hurt her," one statement read.

"She thought something wasn't right with him," another statement said.

But the investigation also said she was told "without tangible evidence that something 'bad' was going to happen, the sentiment by [redacted] seemed to be nothing more could be done."

Less than a month later, her entire head and face were burned.

Credit: Capt. Katie Blanchard
Sworn statements from the Army investigation show Capt. Blanchard told others Currie might do something to her.

According to court records, Currie blamed Blanchard for his problems at work and the tension escalated. Currie was convicted in federal court and sentenced to the maximum of 20 years in prison. While Army records said he's "solely responsible," they also note "leadership negligence and poor judgement."

Still, the retired Captain said she has no way to hold Army leadership accountable.

The Feres Doctrine is the U.S Supreme Court ruling that prohibits active duty service members from suing the government for something brought on by their service – including things like negligence and workplace violence.

"It was this feeling of, I think, that everything that I had believed in, that I had worked for, had betrayed me and that the military that I knew and that I loved and that my family loved had left me behind," Blanchard said.

At this point, the mom of three counts more than 200 surgeries. Even so, she's traveled from her home in Washington state here to D.C. for hearings on possible changes to the Feres Doctrine.

Department of Defense officials believe repealing the Feres Doctrine would essentially create a special class within the military. It would allow some military members to sue, while others who are injured in combat, for example, couldn't.

"The department continues to support the longstanding Congressional policy that all military members and their families should be under the same compensation system for personal injuries or death, whether caused by combat, training accident, household accident, natural cause or other reason," DOD Spokesperson Jessica Maxwell wrote. "Under the military compensation system, specific amounts depend on many factors (e.g., grade, family size), but in cases of death or severe disability, lifetime compensation is commonly in the millions of dollars."

After almost seven decades, key lawmakers finally agreed to repeal part of the Feres Doctrine. The bill allows service members to sue for medical malpractice. It is named after SFC Richard Stayskal, the Green Beret who told us his story in September.

Stayskal and his attorney, Natalie Khawam of the Whistleblower Law Firm, lobbied Congress for the change. Khawam is also representing Blanchard in her fight. Blanchard hopes the recent progress is a first step to changing the entire system.

It's tough to say how much this would cost. There’s no crystal ball to determine how courts would rule in cases like these and how much they would award in damages.

"For the provision included in the House-passed authorization bill, the Congressional Budget Office has estimated a cost of $40 to $50 million per year, beginning in Fiscal Year 2021," DOD Spokesperson Maxwell responded.

Read the full federal criminal complain against Clifford Currie below: