‘Are we not worth safe houses?’ | Military spouses create their own advocacy group amid concerns about mold remediation

‘I wish I could tell you that we were the exception, but we're kind of the norm.’ An advocacy group created at Virginia’s Fort Belvoir now has more than 350 members. 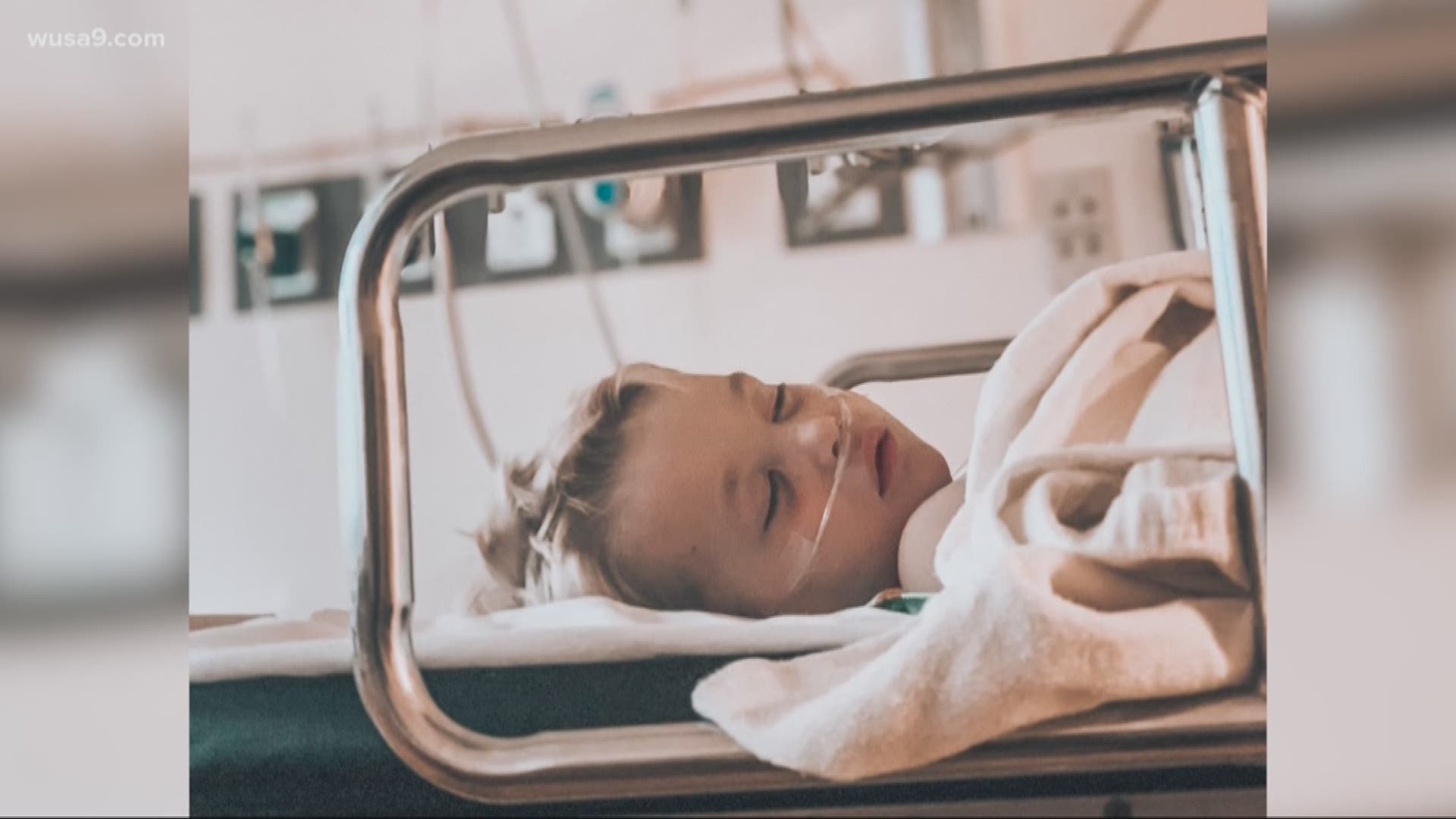 FORT BELVOIR, Va. — For months, the military and the private companies that run base housing have said they're working to make improvements: they're remediating mold; getting rid of lead paint; and improving maintenance systems. But military families living in these dangerous conditions say they're now having problems with the fixes. So they're standing up for each other.

WUSA9 asked a series of questions to five military spouses: Have you had mold in your homes? Have you been displaced from your home? Have you or your family had health complications because of issues in your home?

Each time, all five spouses raised their hands. Five women in different homes, different service branches, different lengths of service, but their stories are similar. The stories of mold, rodents and lead paint in base housing are the experiences of thousands of military families across the country.

“Our spouses are all serving the country and they're willing to die for their country, we should all at the very minimum be able to have a safe home,” Army wife Amanda Brewer said.

“It's really hard,” Brewer said. “Just yesterday my kiddo was in the backseat of the car bawling because he couldn't figure out what he wanted for his birthday, because he's lost so much stuff.”

On Virginia's Fort Belvoir, desperation created a bond. Army wives Brewer, Raven Roman and Jessica Carmean, and Navy spouses Kristi Wright and Ashley Fischer, were so frustrated they felt they had no choice but to create a housing advocacy group.

Fischer's family was moved to a hotel when mold was found in their home, all while her youngest son undergoes treatment for brain cancer.

“It’s saddening,” she said. “It’s frustrating – even verges of just breaking your heart.”

Jessica Carmean told us her family experienced health issues before mold was found in her Army base home.

“Once they start pulling back the walls that were supposed to be your home, you just begin to start questioning everything,” she said. “What situation have I put my family in? Like, why is this happening? Why is this not getting better?”

Kristi Wright was also concerned about her children’s health and repeatedly found mold in their home.

“Is it expensive to fix it,” she asked. “Yeah, it’s going to cost you some money to fix it. But aren’t we worth it? Are we not worth safe houses? Are our kids not worth it?”

Credit: Jordan Fischer
Data from the Military Family Advisory Network shows mold is one of the most common complaints about private military housing across the U.S.

After mold was found for a second time in their second home, Raven Roman and her husband decided they had to move their family off-post.

“I wish I could tell you that we were the exception, but we're kind of the norm,” she concluded.

What they believe is the norm are concerns with the way the private companies that own and manage their military housing get rid of mold.

According to a Department of Defense document, during remediation, an area with mold needs to be physically separated from areas that aren't contaminated. It calls for barriers to be installed. But pictures taken by the women show that did not always happen at Belvoir.

Concerns about containment during mold remediation

“Containment is either breached, it's falling down, it's coming undone or it's just not being covered,” Carmean said. “So now these are possessions that we most likely won't be able to take with us.”

All the women in the group say they experienced issues with how their mold remediation was handled.

“Mold [spreads] when you move it, spores kind of go everywhere,” Amanda said. “Every step that they take, every time they bounce, etc., then there's more and more spores going everywhere.”

They aren't just talking about material losses, but memories.

“We're losing things that we've had in our family that we've carried with us for most of my husband's military career, you know, those small, personal things that can't be replaced,” Roman said.

Michaels Management Services, a New Jersey-based company, is the private contractor that manages housing at Belvoir.

Ron Hansen, the company's president, was not available for an in-person interview, but did agree to talk with us on the phone

We asked if what the company is doing at Fort Belvoir is good enough for these families.

“Obviously, it's not good enough or we wouldn't be talking,” he said.

We wanted to know what is done if contractors are not properly containing areas during mold remediation.

“When we hear of things like, ‘Well, the containment wasn’t maintained,’ we check and see who was doing it and correct them,” Hansen answered. “They have no incentive to do anything because we’re paying them, and if we find out that they’re not doing their job properly, then they get corrected or they get fired.”

Hansen explained they're making changes: instead of taping containment, they're stapling it; they're treating water and mold as emergency maintenance issues; and they're researching what more they can do to prevent these situations in the first place.

“We're doing what we think is everything we can,” he said. “Of course, they may be pointing out there's things that they think we can do better, and we hear what they're saying and we're trying to improve our process.”

For the Belvoir group and the military families they represent, that process has made them doubt everything.

We also reached out to the garrison commander in charge of Belvoir.

“We are taking the actions to earn back the trust of our housing residents and holding ourselves and privatized housing companies accountable to provide safe and secure housing for our service members,” Col. Michael Greenberg said in a statement. “We have made progress here on Fort Belvoir but we’re not there yet. My garrison command team and housing staff work very closely with the prioritized housing company and Belvoir Housing Advocates whose involvement has been critical to the success of this process.”

Read the full statement from Col. Michael Greenberg below: