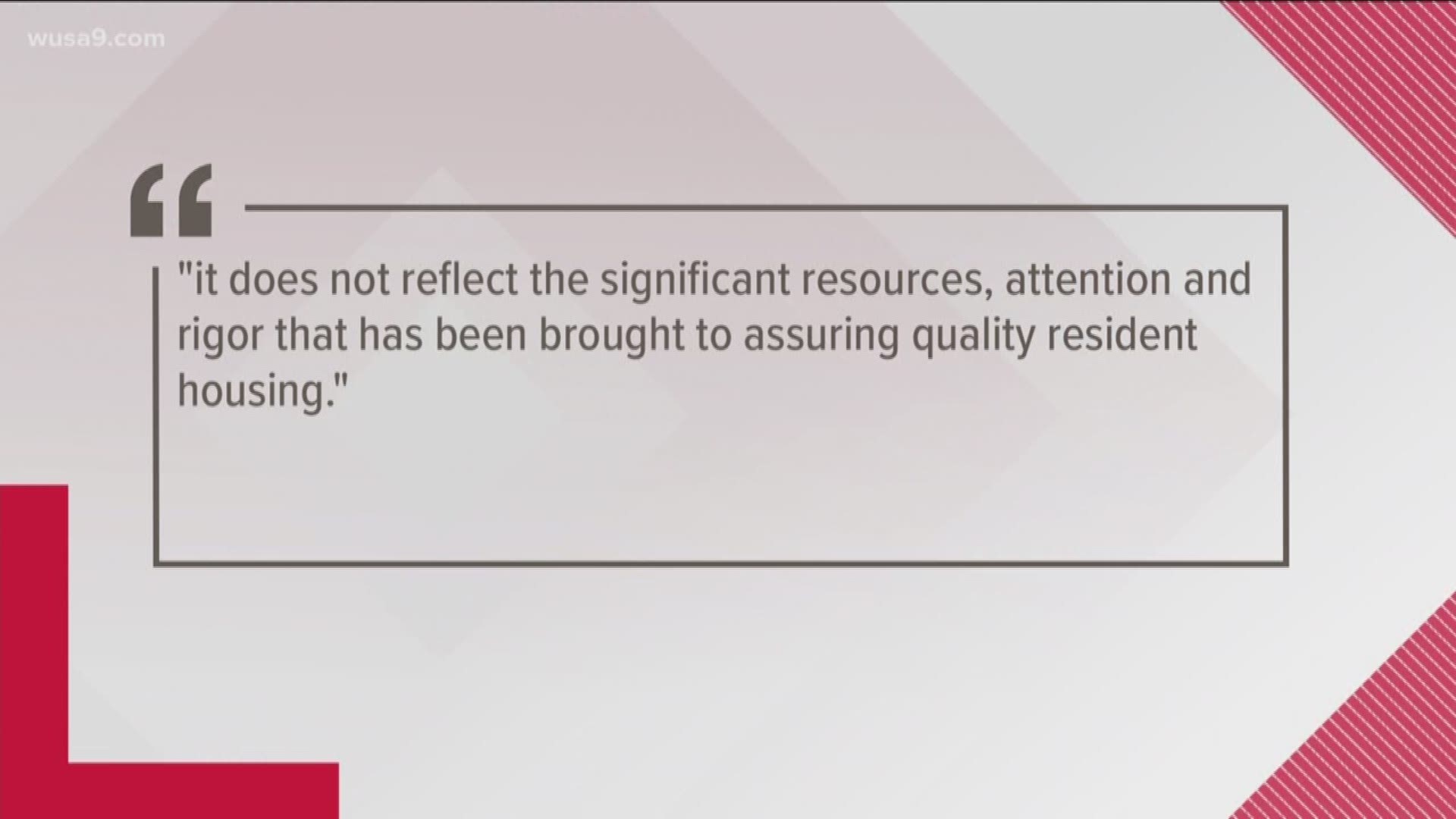 The suit accuses the company of exposing service members and their families to “rampant mold infestation,” which resulted in “serious health issues” and damage to and loss of personal property.

Corvias Management currently has a 50-year contract to manage more than 500 homes at Fort Meade. The company currently operates all on-base housing at the base.

The lawsuit alleges Corvias should have been aware that there is “a pervasive problem with mold” in the housing at Fort Meade.

“Requests for maintenance have been ignored,” the lawsuit claims. “Repair efforts, when made, have been substandard and slipshod attempts at cosmetic fixes that have not resolved the problems. All the while, Defendants have collected the full amount of the service members’ housing allowances, preventing them from moving off-base.”

WUSA9 investigative reporter Laura Geller has been reporting for months on the unsanitary, unhealthy and, in some cases, dangerous conditions found in military housing across the country.

The plaintiffs in the case include U.S. Army Sgt. Joseph Addi and his wife, Juliea. According to the suit, the Addis were relocated to Fort Meade from Germany in January 2018. The Addis quickly noticed water accumulating in the apartment, and found pests, including cockroaches and millipedes, throughout the kitchen, living room and first floor bathroom. They also eventually discovered mold on the second-floor bathroom walls.

According to the lawsuit, Juliea began to suffer “constant flu-like symptoms” after moving into the house, along with headaches, nosebleeds, dizziness, fatigue and shortness of breath. The family believes the stress of created by their living conditions contributed to Juliea experiencing gestational hypertension, which led to the early birth of their daughter.

The lawsuit asks for Corvias to pay damages to the plaintiffs and to be required to remediate any property with mold contamination.

WUSA9 reached out to Corvias for comment Tuesday. The company responded with the following statement: “We are aware of the complaint, filed today, against Meade Communities, the partnership of Corvias and the Army, and it does not reflect the significant resources, attention and rigor that has been brought to assuring quality resident housing.”

The 10 Fort Meade plaintiffs are being represented in the case by the law firm of Covington & Burlington.