University of Maryland creates robot that beats video games, save lives in surgeries

Engineering students developed a robot hand that plays the first level in Super Mario Brothers. The next level will be helping in medical surgeries. 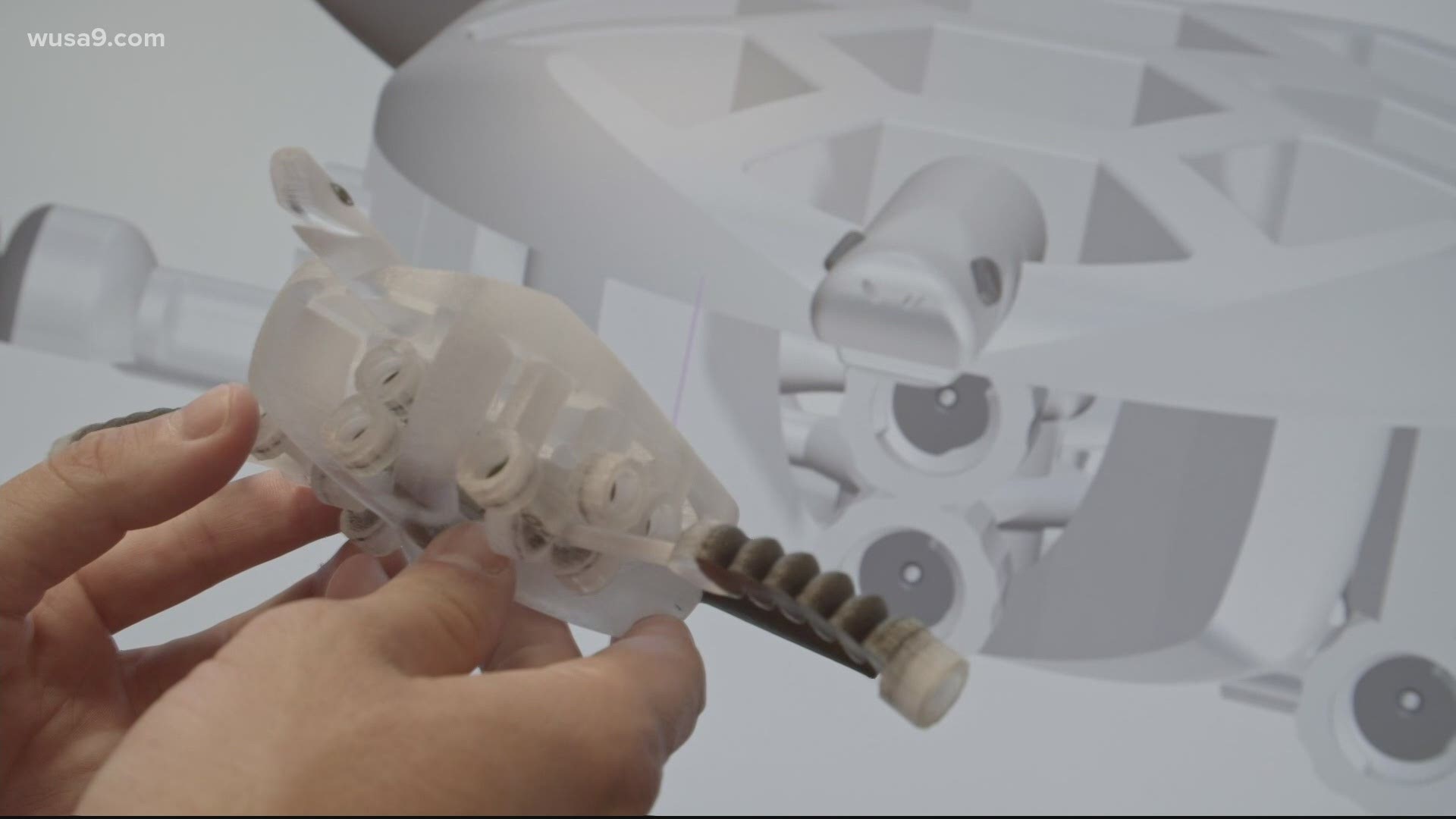 COLLEGE PARK, Md. — Who in the 1990s didn’t spend an entire summer afternoon trying to defeat a large spiky turtle as an Italian plumber?

Playing a video game normally isn’t seen as productive. But, when it’s a robot created by the University of Maryland’s engineering program, it might open doors for the future.

“How did we evaluate how good our hands were as kids? It was playing Nintendo and seeing who was the best in the block at being able to beat Mario quickly,” Engineering professor Dr. Ryan Sochol explained.

Professor Sochol’s Hands once used to beat Mario levels, these days those hands design robot technologies. But, they aren’t those clunky metal machines, but soft robotics of the future.

“Soft robots instead are made of flexible and soft materials,” he said. “They are controlled instead using fluids like water and air.”

To show where that technology can go, Dr. Sochol and his team built a soft robotic hand from a 3D printer.

“When I thought about the soft robot and what is a really challenging way to evaluate the performance, immediately my mind went to Super Mario Brothers,” he explained.

It’s not just 90s nostalgia, the video game is a good challenge for the robot.

Here’s how it works: A computer program pumps air through the “fingers” of the robot.

“The air goes in and the computer increases and decreases the pressure,” Dr. Sochol explained.

That pressure determines whether Mario walks, runs, or jumps. Instead of a young Dr. Sochol beating the first level of Mario, this time it was his robot hand. A task the hand did in 90 seconds.

“The soft robotic hand is slower than I was as a kid, but it certainly doesn't die as much,” he laughed.

As fun as it is, the end goal here isn’t to save Princess Peach. Dr. Sochol and his team want their robots to grow up and go to medical school. The idea is that the robots will be surgery tools and medical devices.

“We have these soft, flexible types of surgical tools that have better safety and are able to interact with delicate objects, like our tissues and our arteries,” he explained.

Dr. Sochol thinks these soft robots could change the world of medicine. He just needed them to beat Bowser first.