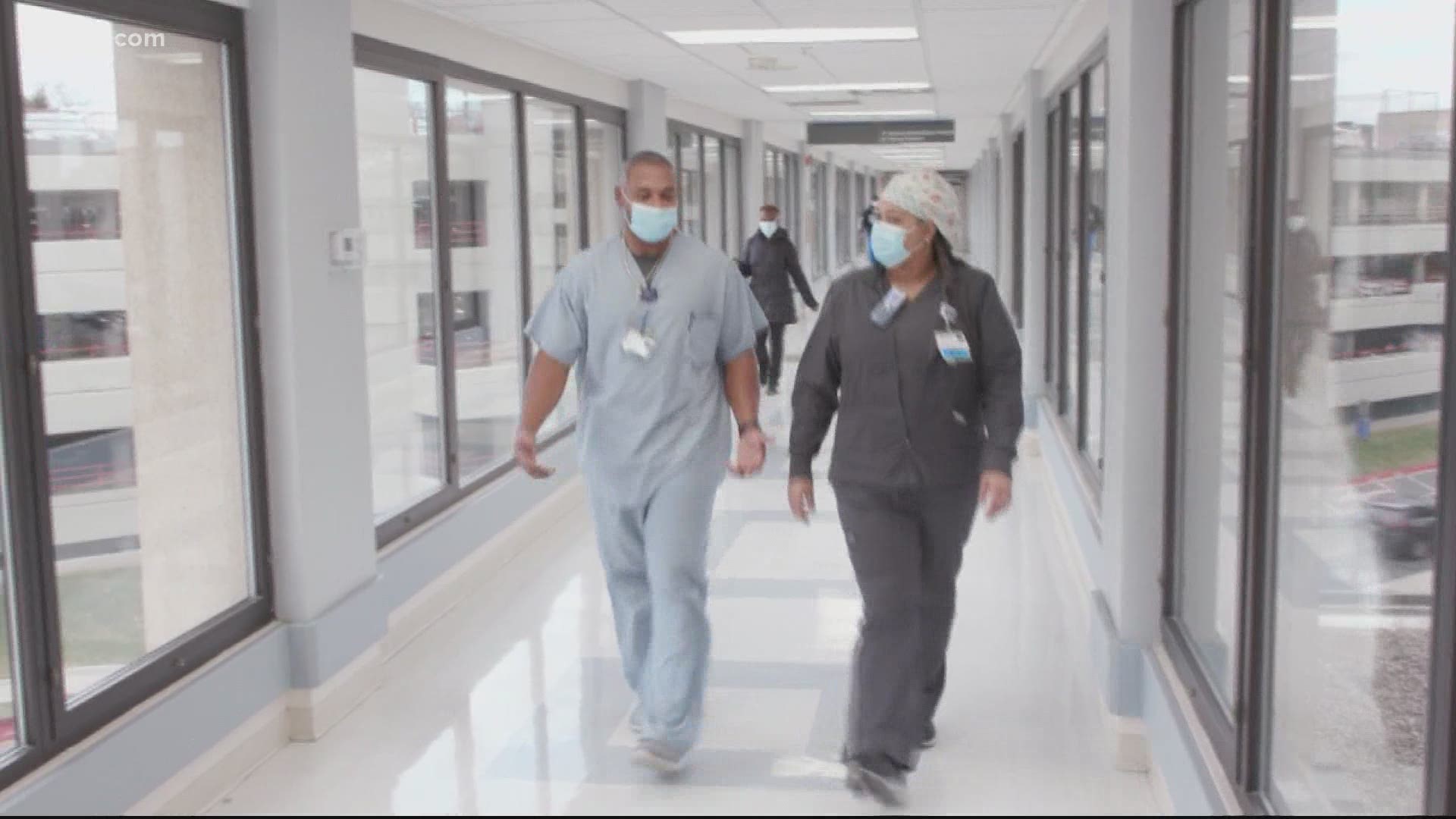 WASHINGTON — Their love story began in 1994. Steven and Samora Debnam were high school sweethearts. They briefly dated for about a year. Samora described their relationship as a 'love at first sight type of thing.' After graduation, the two went their separate ways and lost touch.

"It went by so fast that year and before we knew it we were graduating and didn't see each other anymore," said Steven.

It wasn't until nearly ten years later, Steven got a job at MedStar Washington Hospital Center. Samora started work there about a year later.  And out of all places, the Heart Unit is where their love story picked up.

"For me it was kind of just like the butterflies in your stomach because he was even more handsome than I remembered him back in high school," said Samora.

The couple married in 2015 and have a son together. Samora is now the Nursing Director in the Heart Unit and Steven is a Senior CT Tech there. Both are passionate about spreading awareness about heart health.

"I love helping people and that's my reason for this job," said Steven.

The couples say they do their best letting their patients know about ways to keep their heart healthy, and try to keep themselves healthy as well.

"Heart health is very important to us. We do our best with even just trying to eat healthy and making sure we spend time outside, just doing daily walks and sometimes just going for a hike," said Samora.

"I think we're both grateful that we had the opportunity to reconnect and I couldn't imagine my life without him," said Samora.