With bonus unemployment benefits possibly coming to an end later this month, people came out to a rally in D.C. on Saturday calling on leaders to cancel rent.

WASHINGTON — Crowds of people gathered at Columbia Heights Civic Plaza on Saturday to continue to call on D.C. leaders to cancel rent during the pandemic.

While Mayor Muriel Bowser announced earlier this month that a moratorium on evictions in D.C. would be extended until October 9, supporters at the rally said the threat of a potential crisis could grow even larger with bonus unemployment benefits possibly ending at the end of July.

"We have to have a real discussion about what does a just housing policy look like and how do we come out of this economic and housing crisis whole for all communities," said Michelle Whittaker, who stood in the shade on a hot Saturday while others listened to a speaker.

Whittaker told WUSA9 that rent issues impacted her personally when she had to move to another area due to increases in cost.

"I am a former resident of D.C. I had to move because the rent was too high to continue for us to live here," she said. "With child care costs and housing costs going up, we had to move somewhere else where we could find something more affordable.”

An online petition started by D.C. Tenants Union has gathered thousands of signatures and calls for the cancellation of rent and mortgages during the state of emergency plus one month. 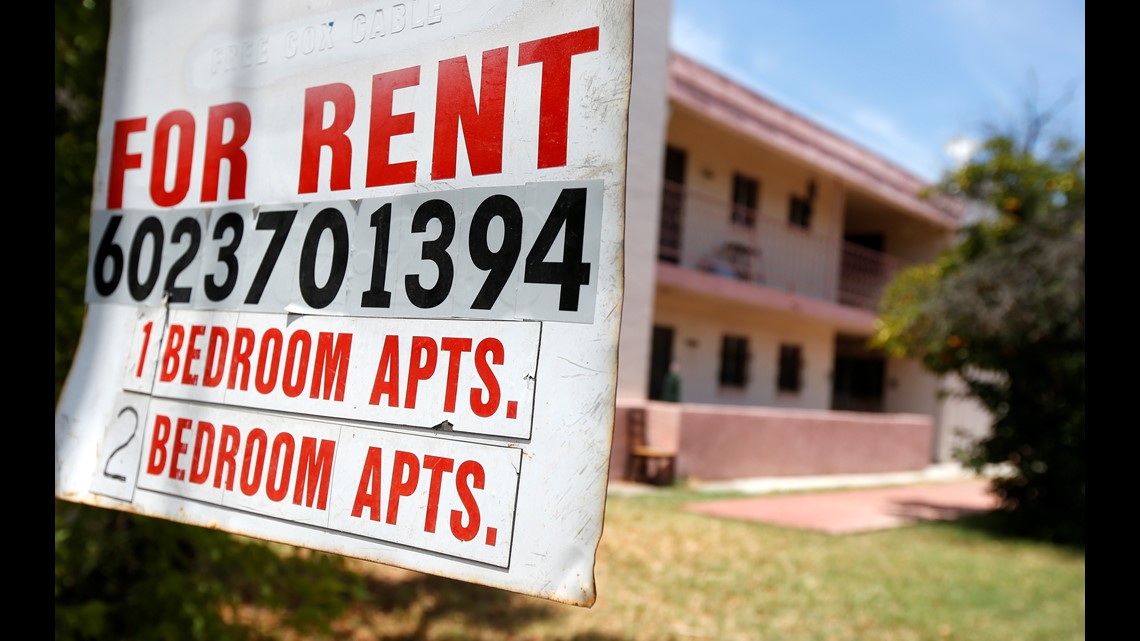 The effort also pushes for a two-year freeze on rent increases and a right to counsel in eviction cases.

On Saturday, supporters voiced further concerns about needing to possibly pay back rent.

Those in favor of canceling rent have said the lifting of the public emergency order in D.C. could lead to a surge in evictions and homelessness.

"As things are returning to normal, everyone isn’t going to have that privilege to go back to normal. Everyone doesn’t have a job waiting for them," said one woman who attended Saturday's rally. "I don’t have the extra budget to be able to pay rent that is beyond maybe three or four months because I couldn't afford it during COVID-19 and I can’t afford it now."

As the path ahead for rent and eviction procedures still remains unknown, supporters said they would continue calling on leaders to make changes and offer assistance.

"This is part of a larger campaign to control the cost of rent so that people are moving forward into the future actually able to afford rent," said one attendee. "Where we go from here is to continue to show up until they do something about it.”

RELATED: Thousands of Marylanders at risk of becoming homeless as moratorium on evictions comes to an end