Sawyer Thompson rated the difficulty of the task a six out of 10, a moderate challenge for a boy who’s mastered printing robotic hands. 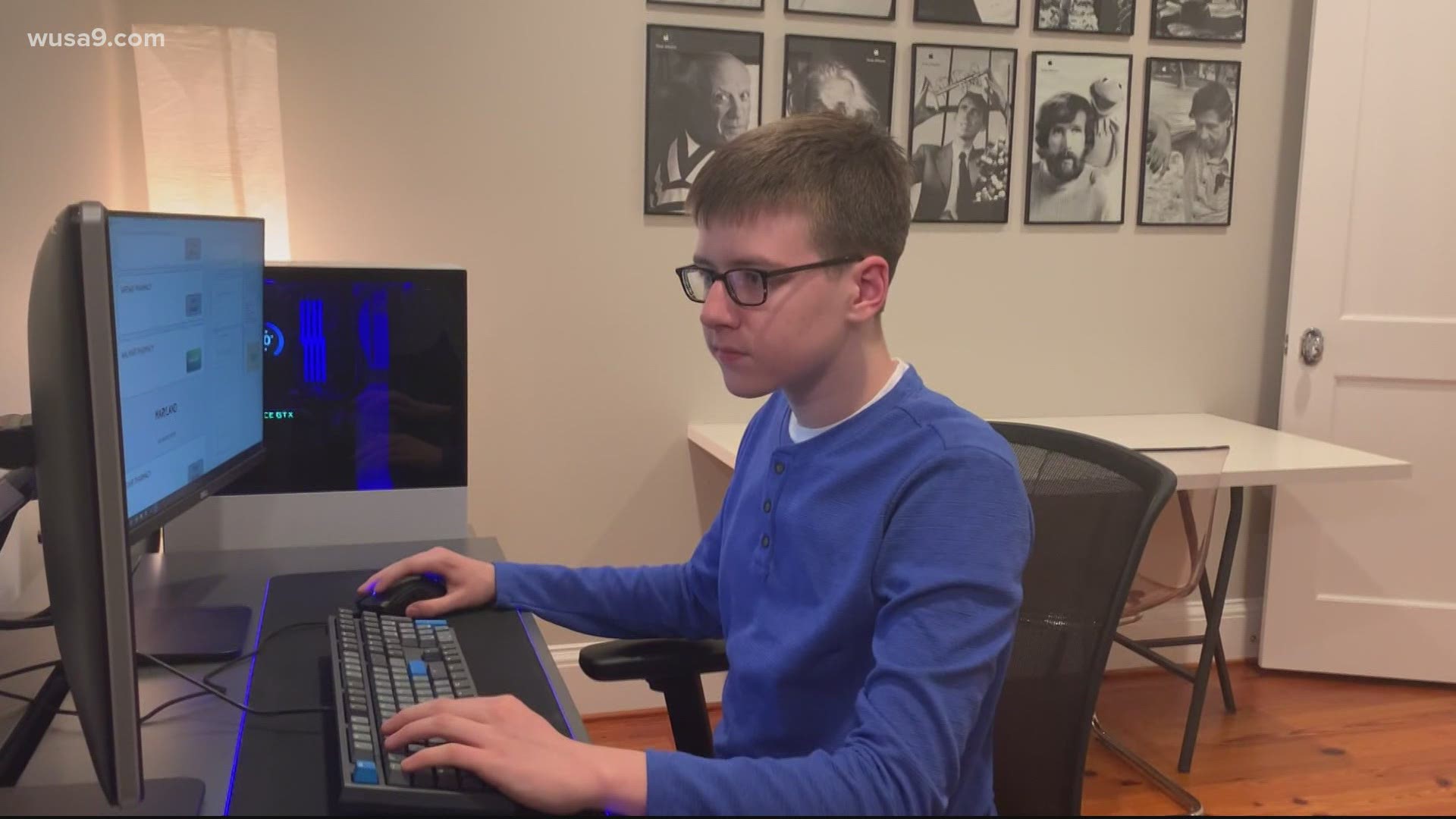 ALEXANDRIA, Va. — The concept seems simple enough, yet it took a teenager’s tech prowess to deliver a single website, seamlessly displaying where vaccine appointments are available in D.C., Maryland and northern Virginia.

Sawyer Thompson rated the difficulty of the task a six out of 10, a moderate challenge for a boy who’s mastered printing robotic hands before he’s learned to drive.

The website, DMVVaccine.com, updates every minute, showing where available vaccine appointments are found in CVS pharmacies, hospitals, universities, and grocery stores across the Greater Washington area.

Yet if there are no open spots, there’s another route, courtesy of Sawyer’s ingenuity.

The Alexandria eighth-grader created a Twitter feed, where users can enable mobile notifications. Their cell phones are then alerted the moment new appointments become available.

“I saw on the news how hard it was to get a vaccine appointment, and I thought, ‘surely it can’t be that hard,’” Thompson said in an interview Tuesday.

“Sure enough, it really was that hard. And I knew if they had the technology to create all of these vaccine portals, you could use the same technology to make getting the vaccine a lot easier.”

Thompson explained how vaccine registration websites have back-end systems that display their underlying data. Using his programming skills, Thompson was able to collect disparate information onto his website and Twitter feed, having DMVVaccine update in real-time.

“It’s helping your community when the system that’s already been created isn’t working,” he said. “And that’s why I did it.”

The Burgundy Farm Country Day School student said so far, he hasn’t heard from policymakers in the realms of public health, government, or biotech. But he has received gratitude on Twitter from those who discovered his creation.

@DMVVaccine Wow! You did a great job Sawyer. Thank you for setting up this website.

The site also serves as a potential answer for those who have pre-registered on government websites but have been left waiting for days or weeks after becoming eligible for the vaccine.

“Success with pre-registration can take a very long time, from the feedback I’ve seen and heard,” Thompson said. “Having this real-time information can allow you to book an appointment potentially a lot sooner.”

Thompson said he hopes his next to-be-determined innovation will also help in the closing chapter of the pandemic. But as for his current achievement, he hopes it’s short-lived.

“My ultimate goal is to have this website shut down,” he said. “Because then that means the vaccine shortage is over.”