Maryland's state policy is not to turn away anyone who needs a vaccine, as long as they are in a qualifying category. 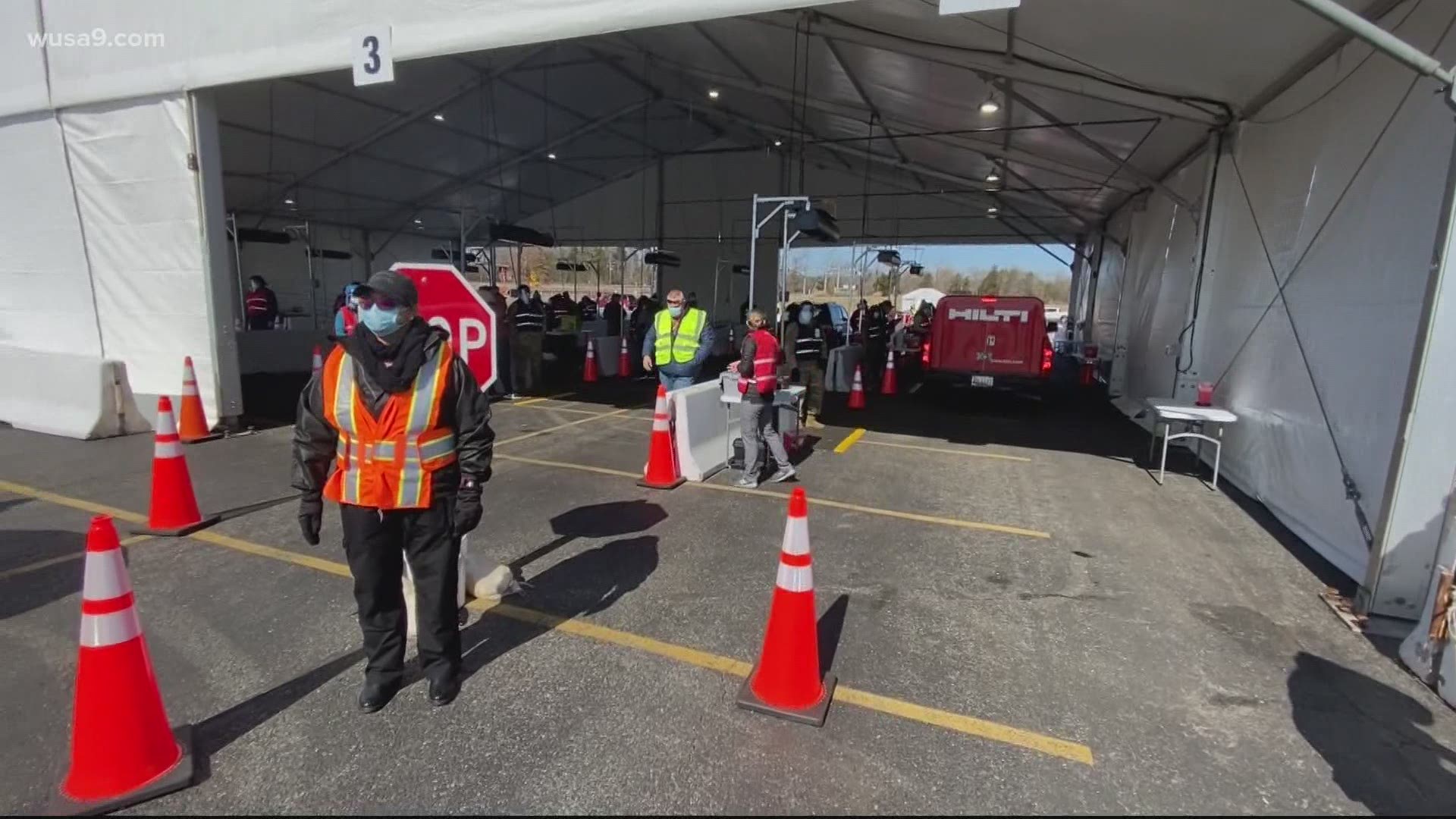 WALDORF, Md. — For the second week running, Maryland’s mass vaccination site in Waldorf says it has given more shots to out-of-state residents than to people who live in Charles County itself.

According to Maryland Department of Health data, nearly 6% of people vaccinated at Regency Stadium in Waldorf for the last 7 days were from another state, compared to only 5.5% from Charles County; the previous week's data showed more than 8% were from out of state.

"People are so desperate to get vaccinated, that they're crossing state lines," Maryland State Senator Jim Rosapepe who sits on the Maryland Senate Vaccine Oversight Workgroup.

Rosapepe said the situation is another symptom of vaccine chaos in the region.

“People are scrambling around, because they have to find the vaccines instead of the vaccines coming to them," he said.  "That's the fatal flaw.  That's created the chaos."

RELATED: Maryland opens new mass vaccination site registrations; governor calls it a 'light at the end of the tunnel'

“We prefer that Marylanders are prioritized for getting a vaccine allocated to us by the federal government; however, Maryland will not turn away a person from out of state who needs a vaccine," Maryland Department of Health policy says.

The guidelines recognize that in the region many people may work in one state and live in another.

“The District of Columbia, Maryland and Virginia are committed to vaccinating eligible residents and out-of-state workers as equitably and efficiently as possible,” the policy states.

The result is that a police officer, health care worker, or another qualifying employee who works in Maryland, can be vaccinated at a mass vaccination site regardless of what state they live in.

State data does not show in detail what states people are coming from or what their occupations are.

A spokesman for Maryland Gov. Larry Hogan pointed out that the state is now reserving at least 2,100 priority appointments for residents of southern Maryland counties so that local residents are not shut out from getting a vaccination by people coming from other places.