'It's unfair for privacy and safety' | Complaints about mess, long vaccine lines at this DC CVS store 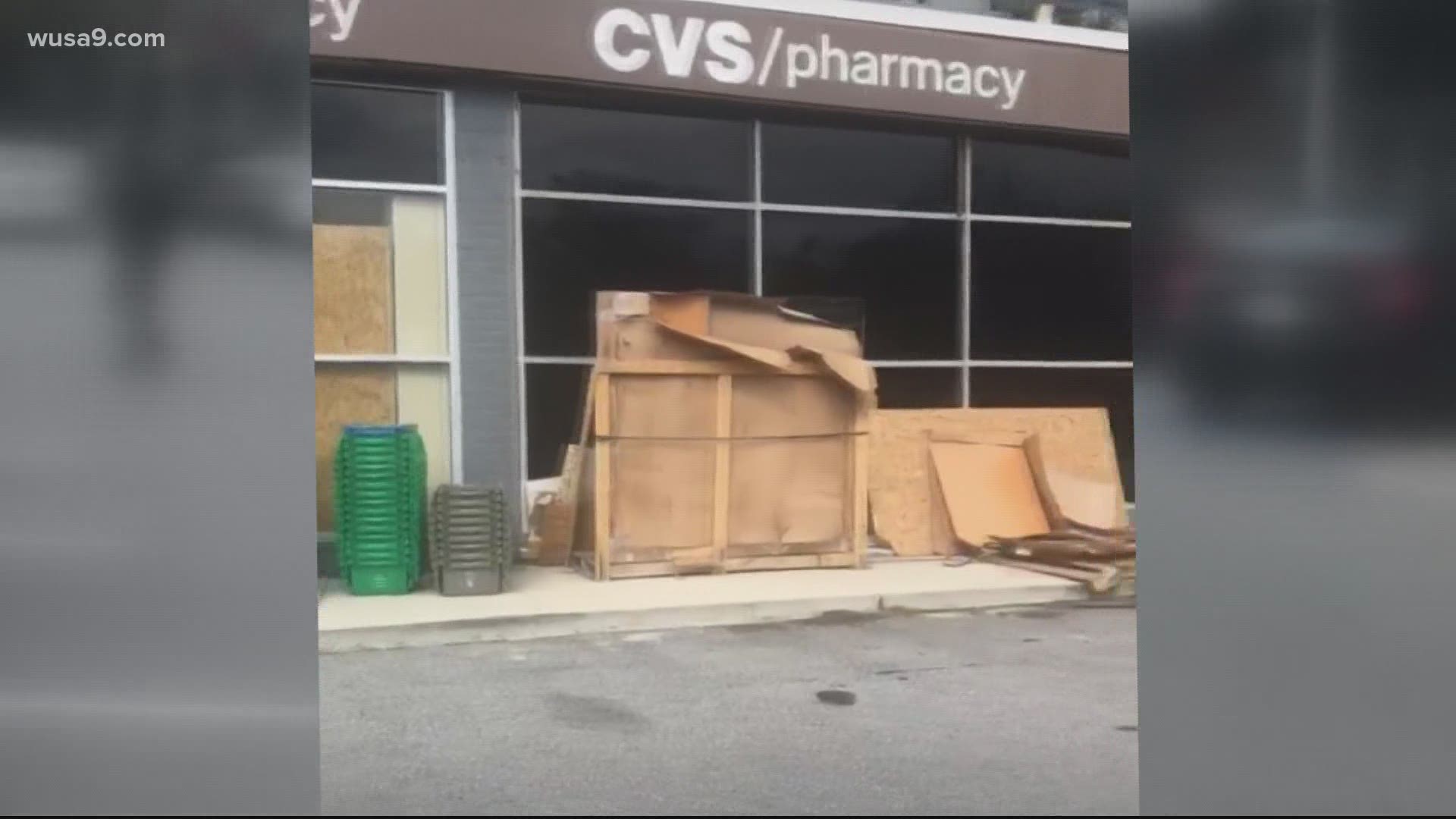 WASHINGTON — Fed up with the mess outside the CVS in the Penn Branch Shopping Center in Southeast, Dr. Jalan Burton pulled out her cellphone and pressed record.

Her video showed sheets of plywood inside the front windows, boxes, crates and other construction material cluttered outside the store.

“Chronically, the CVS is such a far cry from other CVS’,” Burton said, “I just sent mass emails with the video and pictures and said, ‘we got to do better y’all."

Burton said her concerns about the mess on the outside were only magnified by what she saw and heard as soon as she stepped inside: A vaccination line in the store’s small entryway.

“They had a representative sitting there with a table - a card table -and a sign that said COVID vaccines and she was there doing health screenings," Burton said.

Burton said she cut through the line but said she could hear one's private medical information.

RELATED: DC will partner with CVS to vaccinate priority groups

WUSA9 reached out to CVS corporate headquarters and a spokesperson told us that the Penn Branch store started offering vaccines on March 31 and that the team is working on rearranging the store’s flow -- first by moving the vaccination site.

Cellphone video taken inside the store Wednesday showed the new location on the opposite side of the entrance, as a card table was set up next to a pile of crates.

The plywood that covered the windows after a December car crash has since been removed but the crates and construction material were still there when WUSA9 crews visited Wednesday. One pile was moved to the side of the building the other was covered up in a blue tarp.

The CVS spokesperson said they are working with the property managers to remove the debris and haves asked patients to wait in their vehicles until their vaccine appointment time to limit the number of people inside the store.