WUSA9 pressed the Maryland Department of Health for an explanation. 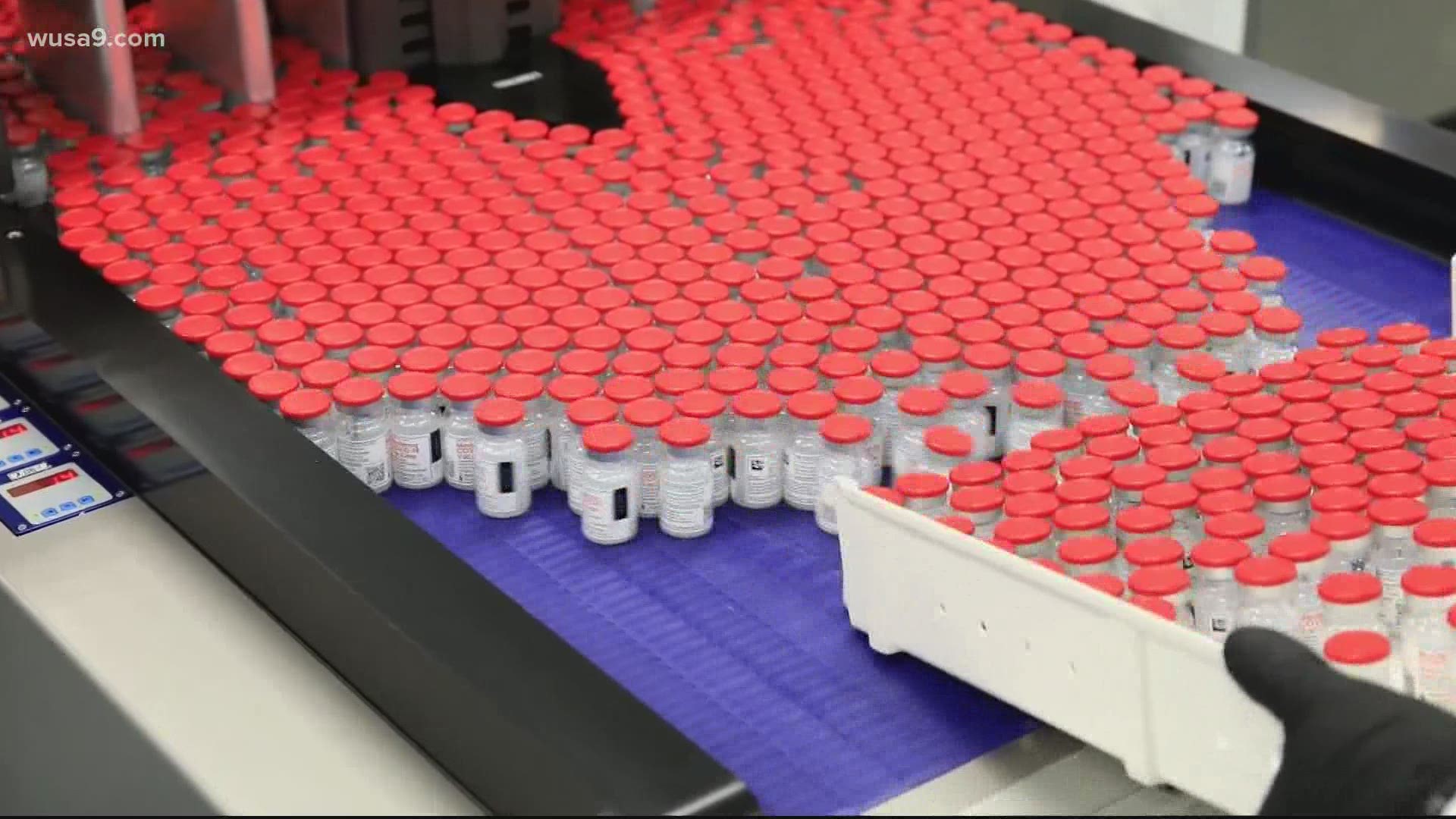 ROCKVILLE, Md. — Leaders in Maryland's most populous county are urging state officials to deliver a more equitable share of COVID-19 vaccine to entities within Montgomery County.

Maryland is now in week 8 of its vaccine rollout. WUSA9 has exclusively learned that Montgomery County received 40% fewer vaccine doses in week 8 than in the previous week, despite assurances from President Biden that states would receive a 16% increase in vaccine doses this week.

Montgomery County and its providers received 18,825 vaccine doses the week of January 25 and 11,297 the week of February 1, according to a spokesperson from the Maryland Department of Health.

EXCLUSIVE: Montgomery County, Maryland received 40% FEWER coronavirus vaccine doses this week compared to last week, per @mdhealthdept
This, despite assurances from public officials that the number of doses would INCREASE by 16% this week.
DEVELOPING story on @wusa9 at 11. pic.twitter.com/Kaa2AGsJz8

The spokesperson provided WUSA9 with an explanation via email:

"The state of Maryland received an unexpected allocation of additional Pfizer vaccine doses from the federal government for week 7. These doses were allocated to providers across the state that were able to work with Pfizer and its ultra-cold storage requirements. Montgomery County received a large number of the extra Pfizer doses. It was clear to recipients at the time that this was a one-time windfall and was not representative of potential future weekly allocations."

Montgomery County is currently third to last in Maryland with the proportion of its population who have received vaccines, according to the state.

Montgomery County Councilmember Will Jawando attributes that directly to what he calls an "erratic" distribution plan by leaders in Annapolis.

"We have the largest population and we're not getting our fair share of the doses that even are available," he said. "It's really a frustrating situation."

RELATED: VERIFY: Here are the most common vaccine side effects

(1/3) NEW: Montgomery County is 3rd worst in Maryland w/ proportion of it's residents who have been vaccinated against Covid-19.
Source: https://t.co/LDuNfXBSxM @wusa9 pic.twitter.com/YV97zo74Pe

Currently, 6.6% of Montgomery County's residents have received a first vaccine and just over 1% have seen the second dose. By comparison, Prince George's County is the worst in the state, having only vaccinated just over 3.3% of residents.