The pandemic tore a roughly $200 million hole in its budget, according to George Washington University. 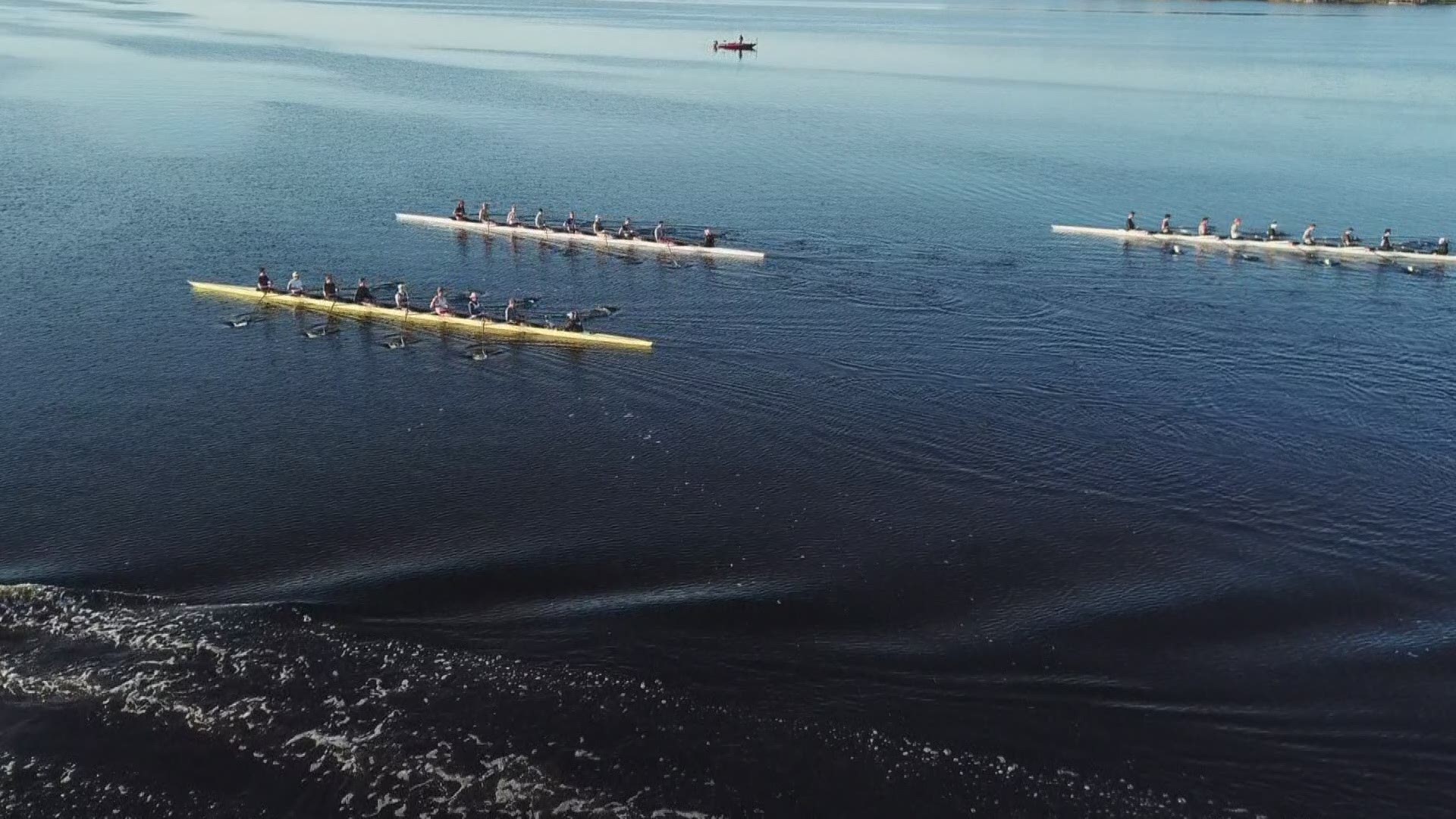 WASHINGTON — As COVID-19 upended 2020, college athletes across the country were forced to abandon their seasons. Now, some of them are facing the end of their athletic careers as financially bruised schools cut varsity sports programs.

When you think of college rowing, and rowers, you probably picture glassy water and graceful boats gliding across it. But each season, before they ever touch the water, rowers first have to make it through months of relentless winter training and grueling speed tests.

The athletes endure every year for the chance to compete on the water each spring. For the GW men's varsity rowing, a July announcement from the school mean's this spring will be their last season.

"We got told we had to jump on a zoom call with our director of athletics and after that I kind of figured out...it wasn't good news," George said.

GW announced its decision to cut the varsity status of men's rowing and six other sports by the end of this spring. Men's rowing, co-ed sailing, men's and women's squash, men's indoor track, men's tennis, and women's water polo all got the boot.

Those affected join a mounting list of college athletes across the country facing not just athletic seasons but careers suddenly cut short during the pandemic.

"Something you've worked toward since your freshman year of high school is now ending," junior rower Oliver Peacock said.

While GW is the only D.C.-area school to announce sports cuts, they are far from alone. Citing budgets tightened by COVID-19's financial impact, colleges nationwide have taken the ax to varsity teams.

To our south, Hampton University cut men's and women's golf. Old Dominion University disbanded its wrestling program; the sport had been a varsity program at ODU since 1957, according to the school.

William and Mary announced in September its plan to drop seven varsity sports, including men's and women's swimming. One hundred and eighteen athletes would have been affected, but in November, the school reversed course and reinstated all programs through the 2021-2022 academic year. By March, the affected sports had been reinstated indefinitely.

In all, 60 Minutes reports dozens of American schools have cut a total of nearly 100 varsity programs during the pandemic. The sports on the chopping block most frequently are the type that rarely ever make money for their schools

The GW Athletics Department declined to be interviewed for this story but did refer WUSA to a pair of detailed online statements describing what the school called a "difficult" decision. You can read the statements in full here and here.

In them, the university says before the cuts, it sponsored more varsity programs than any of their "peers in the Atlantic 10 Conference." Over the years those programs "have increasingly strained resources" and were already under review before the pandemic struck, the school's statement said. The roughly $200-million hole that COVID punched in its bottom line made that work more urgent.

GW says factors like NCAA sponsorship, Title 9 impact, potential expense savings, "prospects for future success at GW," and others were all weighed when deciding which sports to drop.

For student-athletes on cut programs at GW, scholarships will still be honored through graduation. The school has also promised to support any athlete choosing to transfer "in every way possible."

"There's a lot of higher-ups in our athletic department that are trying to make our last season special," Peacock said.

In their release, the school said it would support affected sports in their transition to club programs if they can garner enough student interest and become "self-sustaining."

That's the plan for the GW men's rowing, a team whose alumni have gone on to compete internationally after graduation. Those alums include D.C. native Aquil Abdullah, who was the first Black American man to compete in Olympic rowing in the 2004 Athens games, according to the school.

"The guys have been always there, it's constant," Peacock said. "I don't really see much of a reason for us to stop."

But their experience over the past year makes them worry that when financial hardship strikes again, other programs could be next.

"I think honestly a lot of amateur sports are going to really suffer in the coming years," George said. "Especially if colleges and other sorts of athletic clubs keep making these decisions."