Gov. Northam has delayed phase 1 of reopening for Northern Virginia until May 29, but officials in the Western region of the county feel ready to open. 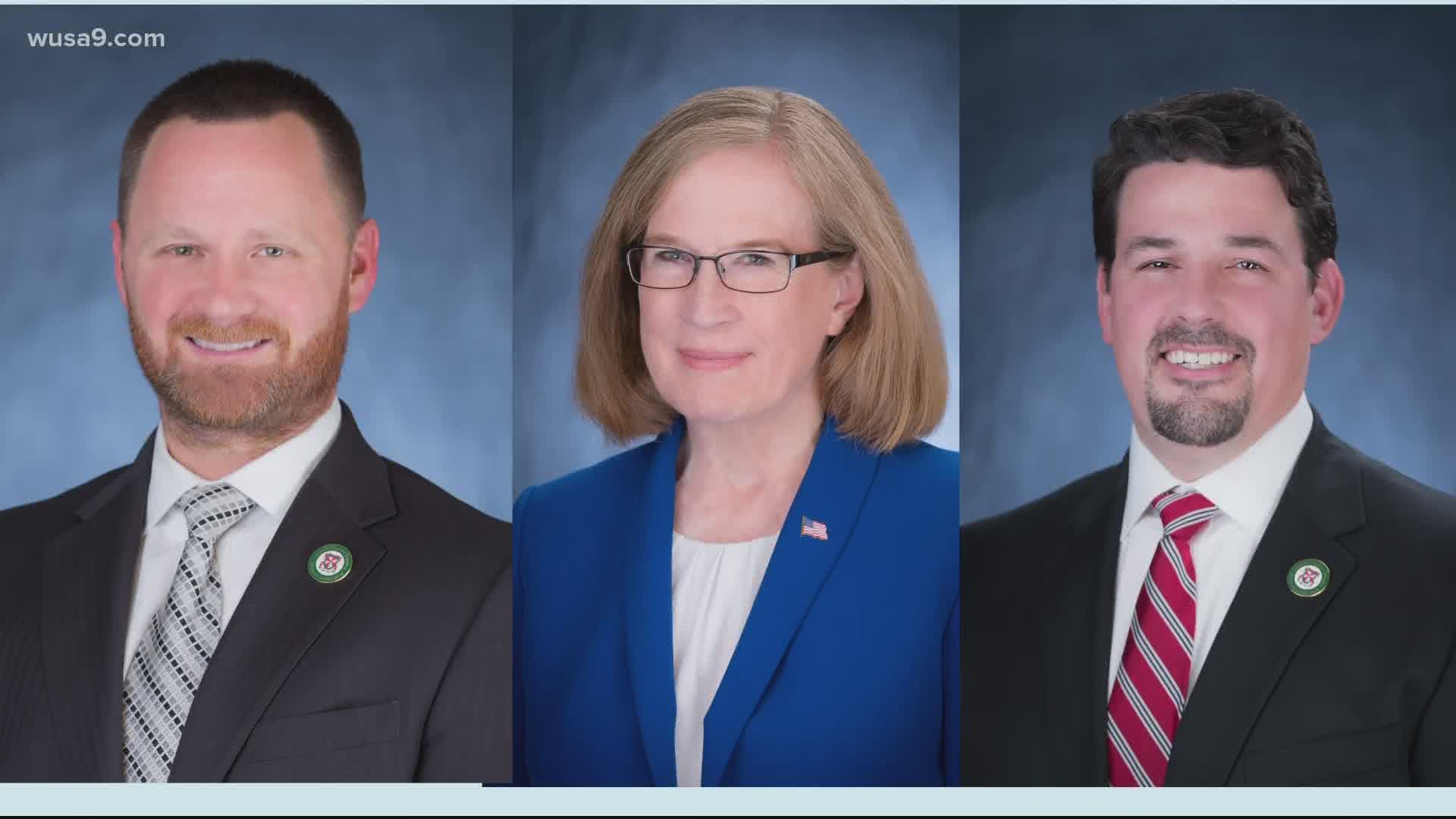 Loudoun County is one of several Northern Virginia regions that will have a delayed Phase 1 in the "Forward Virginia" reopening plan.

Loudoun County Supervisors Caleb Kershner (R-Catoctin), Tony Buffington (R-Blue Ridge, and Kristen Umstattd (D-Leesburg) wrote Gov. Northam a letter on Wednesday urging him to allow the western districts of the county to reopen before the rest of Loudoun.

The letter said the three western districts -- Leesburg, Catoctin, and Blue Ridge -- account for less than 30% of the county’s COVID-19 cases, while also making up the majority of the county’s landmass.

"The letter you recently received, which asked you to delay reopening Loudoun County, confusingly aggregated Loudoun’s data with that of Fairfax, Prince William, Arlington, and the City of Alexandria," the letter said. "Loudoun County is in a stronger position to weather the COVID-19 pandemic than much of Northern Virginia. Our residents have been diligently abiding by the quarantine rules."

On Sunday, leaders of five different Northern Virginia communities -- Prince William, Loudoun, Arlington and Fairfax counties as well as the mayor of Alexandria -- sent a joint letter to Gov. Northam saying they do not feel they have met the necessary health criteria to reopen.

RELATED: These 5 areas of Northern Virginia say they aren't ready to reopen yet, despite Northam's plan

Supervisor Umstattd said businesses in her district are suffering and in limbo of being forced to close for good. She said by moving up the reopening date, it could be the difference in keeping those businesses afloat.

"We predicted the county that we will have a 10% unemployment rate," Umstattd said. "If this continues, and a 25% business loss rate. Small businesses just going out of business forever. We want to avoid that. This is going to destroy us and I'm afraid many other communities."

Supervisor Kershner spearheaded the letter and said he believes the county is in good shape to reopen, and should.

"I think based upon the data and data science, that if you separate Loudoun county, and especially if you separate western Loudoun out of the rest of Loudoun, we are in tremendous shape," Kershner said. "Phase one that the governor wants to implement is still extremely limited."

"Loudoun is in a strong position medically, and a dangerously fragile position economically," the letter continued. "Please let us start Phase One now. It is time for us to start taking small, careful steps toward restarting our economy. We need to give our residents and local businesses a fighting chance to rescue their livelihoods."

The letter also said that 25% of the county’s small business may be lost because of the pandemic, and those numbers will only increase each day the county continues to be closed.

Loudoun County Board of Supervisors Chair Phyllis Randall said she understands the strong desire to reopen, but said guidance to reopen comes from medical professionals.

Randall said she believes Gov. Northam will not approve the advanced reopening of individual districts that her colleagues are requesting.

"These are regional decisions and he [Gov. Northam] wouldn't even say that Loudoun could move to phase one if Fairfax doesn't," Randall said. "I don't think it's really realistic to think you can open one part of one county and not have people from not just the rest of Northern Virginia, but from the whole capital Metro region, coming to your area."

RELATED: Meals in parking lots: Here's what dining out will look like in Virginia during Phase 1

RELATED: In Virginia, African-American and Latin communities have higher rate of coronavirus cases