These 5 areas of Northern Virginia say they aren't ready to reopen yet, despite Northam's plan

Virginia Gov. Ralph Northam's statewide reopening plan with Phase 1 is set to start May 15, but Northern Virginia will wait until May 29 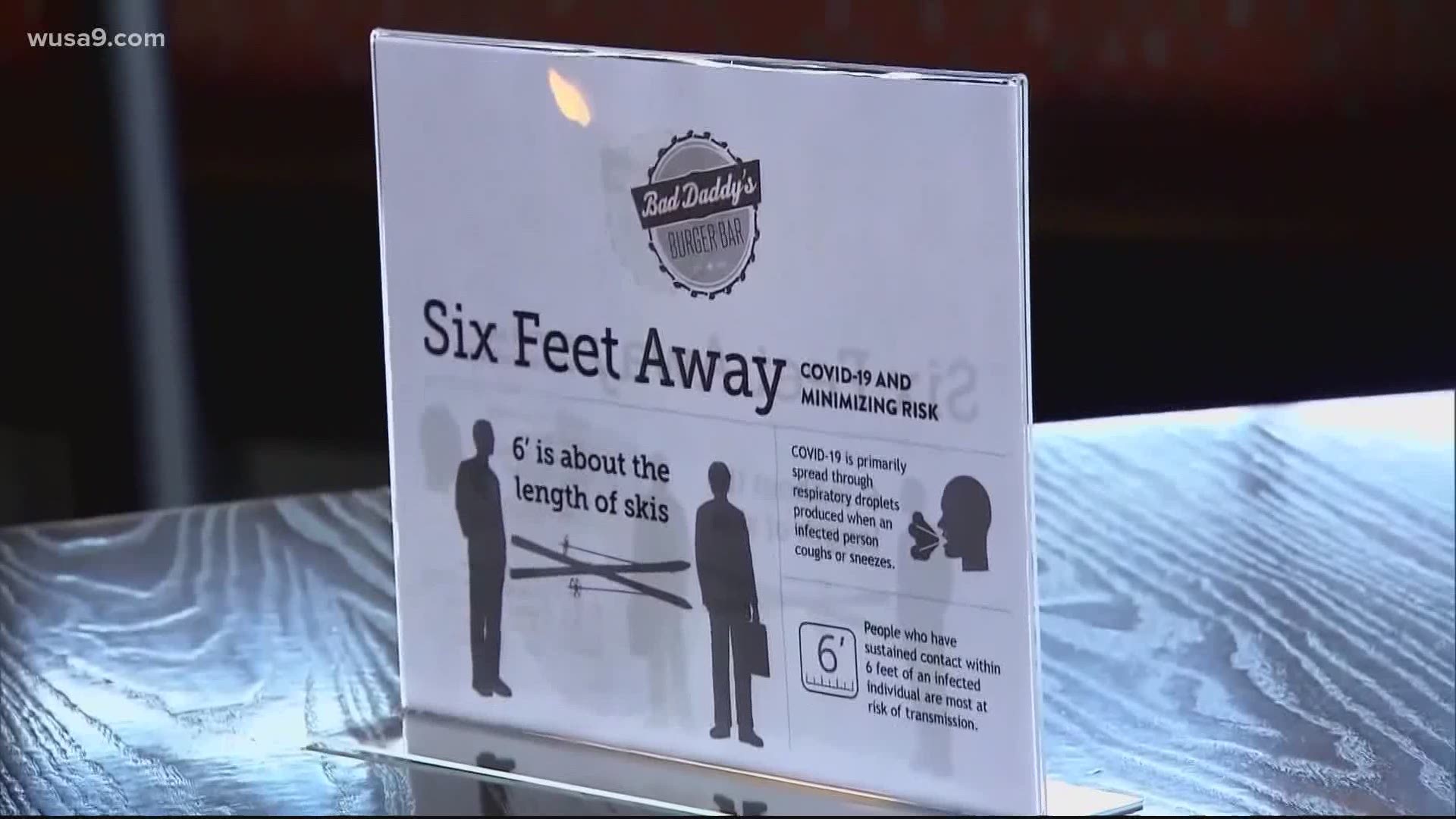 VIRGINIA, USA — Several Northern Virginia leaders believe they are not ready to reopen their counties despite Governor Ralph Northam's issued statewide reopening plan, with Phase 1 set to commence May 15.

Northam believes the state has flattened the curve of the coronavirus outbreak and the commonwealth can begin to slowly reopen, but agreed to delay the reopening of Northern Virginia jurisdictions until May 29 because of still-elevated coronavirus case numbers and concerns.

Northam that Phase 1 of reopening will emphasize to residents that they are "safer at home, rather than stay at home."

"This won't be like flipping a light switch," Northam said. "It's more like slowly turning up a dimmer switch."

Four days before it's scheduled to start Phase 1 of reopening, Virginia has reported increasing daily case numbers for four days straight, including three consecutive days above the 7-day average.

Gov. Ralph Northam said Northern Virginia will have a slower Phase 1 opening than the rest of the state because of its high COVID-19 case rate.

While Northam said that, in most of the state, only 10% of coronavirus tests are coming back positive, Nothern Virginia's positive percentage is around 25%.

A few counties in Northern Virginia accounted for more than 70% of new positive tests the state got over the weekend. Because of these higher than average coronavirus cases, Northam said he will work with leaders in that part of the state to slow its reopening.

On Sunday, leaders of five different Northern Virginia communities -- Prince William, Loudoun, Arlington and Fairfax counties as well as the mayor of Alexandria -- sent a joint letter to Governor Northam saying they do not feel they have met the necessary health criteria to reopen.

"Northern Virginia’s Health Directors tell me that those same health criteria needed to move forward are not currently being met in our region," the letter said. "We all want to reopen our economy in the safest, data-driven way possible. It is only through our regional achievement of these milestones that we will be positioned to avoid a more damaging return to business closures later in the summer.” 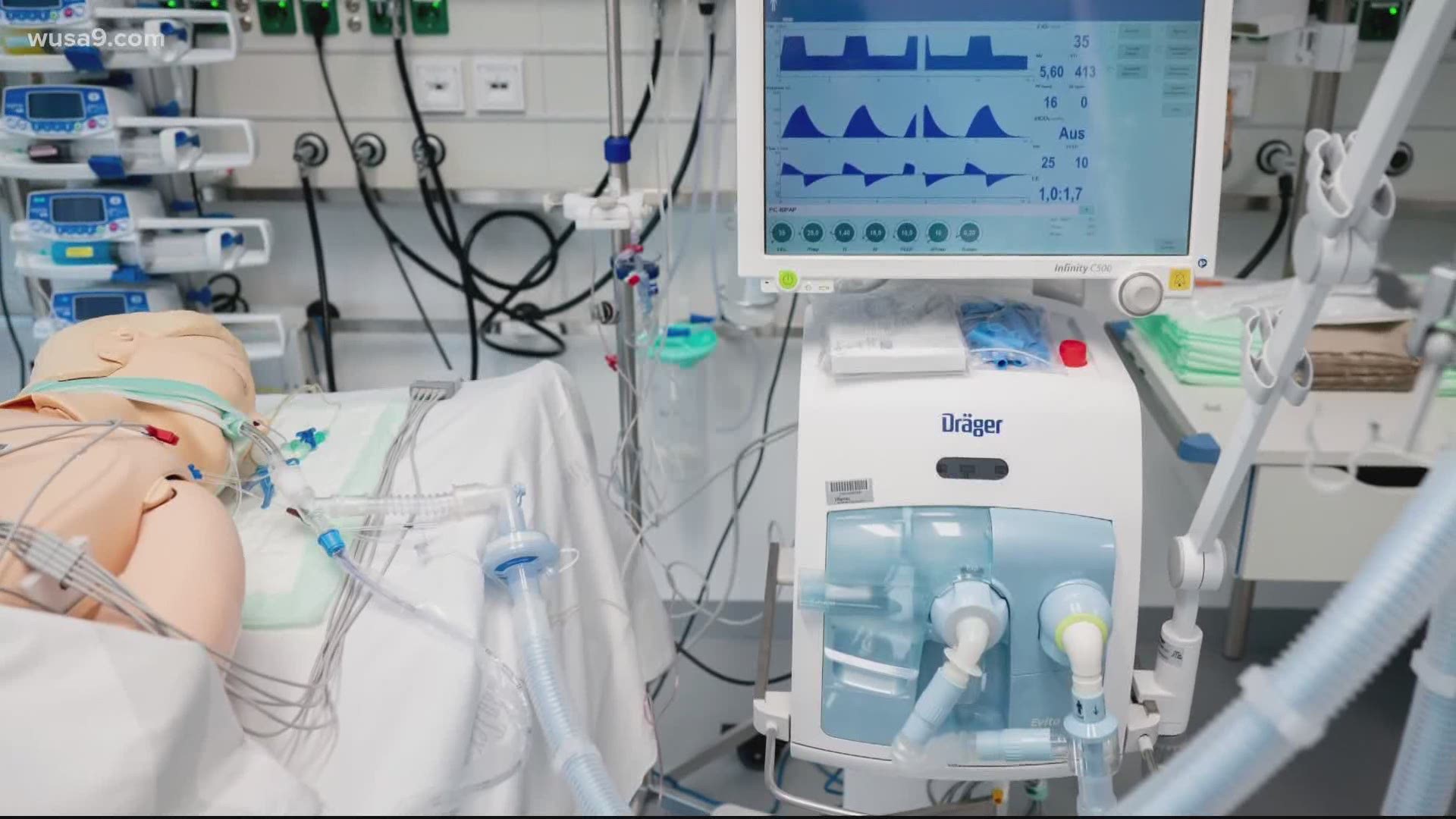 The leaders stressed that while they understand the importance of reopening the economy and respect the Governor's decision, they are still looking carefully at the required data and monitoring when their regions can cooperate.

"Regardless of the Governor’s decision about how we move forward, we will continue to monitor our local statistics and be fully transparent about where we stand as a region," the letter said. "I look forward to continuing to work closely with our state and federal partners throughout this pandemic."

In an interview with WUSA9 on Sunday, Arlington County Board Chair Libby Garvey said the decision by the Northern Virginia leaders came after plenty of discussions and working together.

"Behind the scenes, the staff is working 24/7 and they actually have been since January," she said. "We’re using science and data to figure it out and we’re all working together because viruses don’t respect boundaries.”

Garvey said the local leaders were in contact with each other for around 12 hours on Saturday before releasing the announcement about not being ready to reopen for Phase One.

In Arlington County, the board chair said testing for the virus continued to be one of the top things being focused on.

"We are not great on testing at all," she said. "We are working as hard as we can to get better testing.”

Garvey did not say when Northern Virginia could enter Phase One and said the biggest goal was to meet Governor Northam's criteria before committing to anything.

"We want to continue making progress," she said. "We don’t want to open up prematurely and then have a spike and go back to the beginning as if we never have done it.”

According to an analysis by the region’s public health directors, all five metrics for Northern Virginia are either unmet or cannot be determined based on currently available data.

RELATED: New details released on Phase 1 of reopening in Virginia; still on track for May 15

READ: A memo from the Northern Virginia Health Directors assessing the status of the region for Northam's reopening metrics.

RELATED: LIST: Here's what is open and closed in Virginia through May 14

Mayor Justin Wilson of Alexandria, who co-signed the letter, said that after the city saw a 400% rise in unemployment since February, he knew businesses in the area were eager to reopen.

"Behind every one of those businesses, there are a whole number of employees that are employed and for every one of them there are families," he said. "The heartbreak we’ve seen and the economic ruin that our residents and businesses have experienced is wrenching. It’s absolutely wrenching and it’s every day.”

However, with the city seeing around 1,000 cases of coronavirus and over two dozen deaths, he said it was important not to rush a decision.

"We have one of the highest rates of infection in Virginia right now," Wilson said.

"Any plan anywhere in the world to reopen always has the base that you’ve got to be able to test," Wilson said. "If you don’t know what your infections are, then you don’t know and you’re flying blind. The last thing we want to do is reopen and then have a second wave that requires us to go back in the other direction."

Mayor Wilson also hoped cities and counties in Northern Virginia, Maryland, and D.C. could work together on a coordinated response.

"Ultimately, we operate as a region here and it’s important to recognize that in making decisions with that in mind," he said.

While the commonwealth will begin to ease restrictions on May 15, Northam emphasized the importance of continuing to social distance and that groups of 10 and more are still prohibited.

RELATED: DC will not be ready to reopen when Virginia does, Mayor says 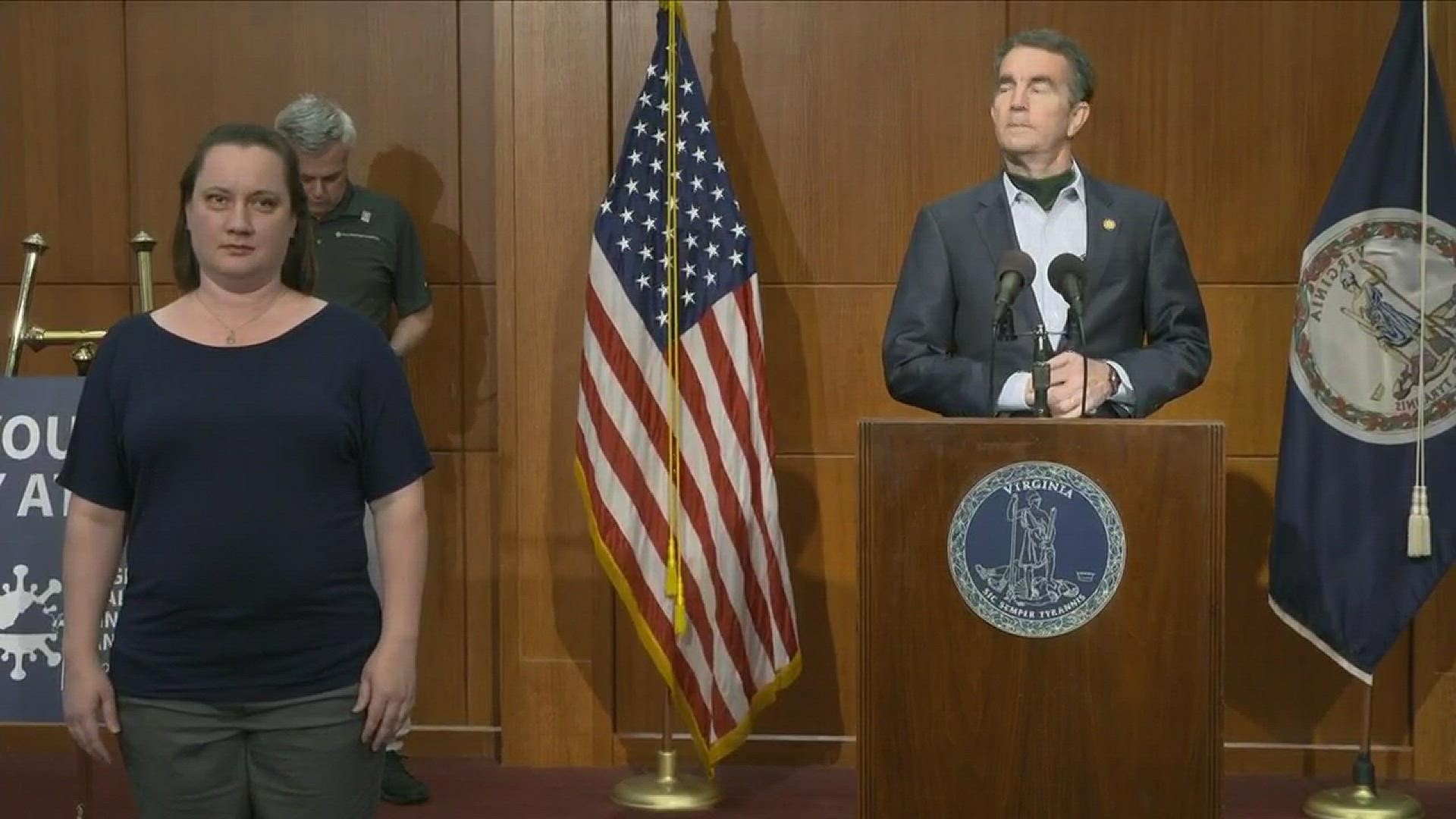 Here's what else Phase 1 will look like in Virginia:

Northam said Phase 1 will last a minimum of two weeks but may last longer depending on what data shows. The commonwealth will use health metrics and guidance to see when to specifically move into Phase 2.

RELATED: As the DMV looks to reopen, here's what remains open & what you're allowed to do