Why does Prince George's County have such low vaccination rates? It's not just about hesitancy — it's about access

The state and its Vaccine Equity Task Force are launching initiatives in Prince George's County. Some leaders cite other problems. 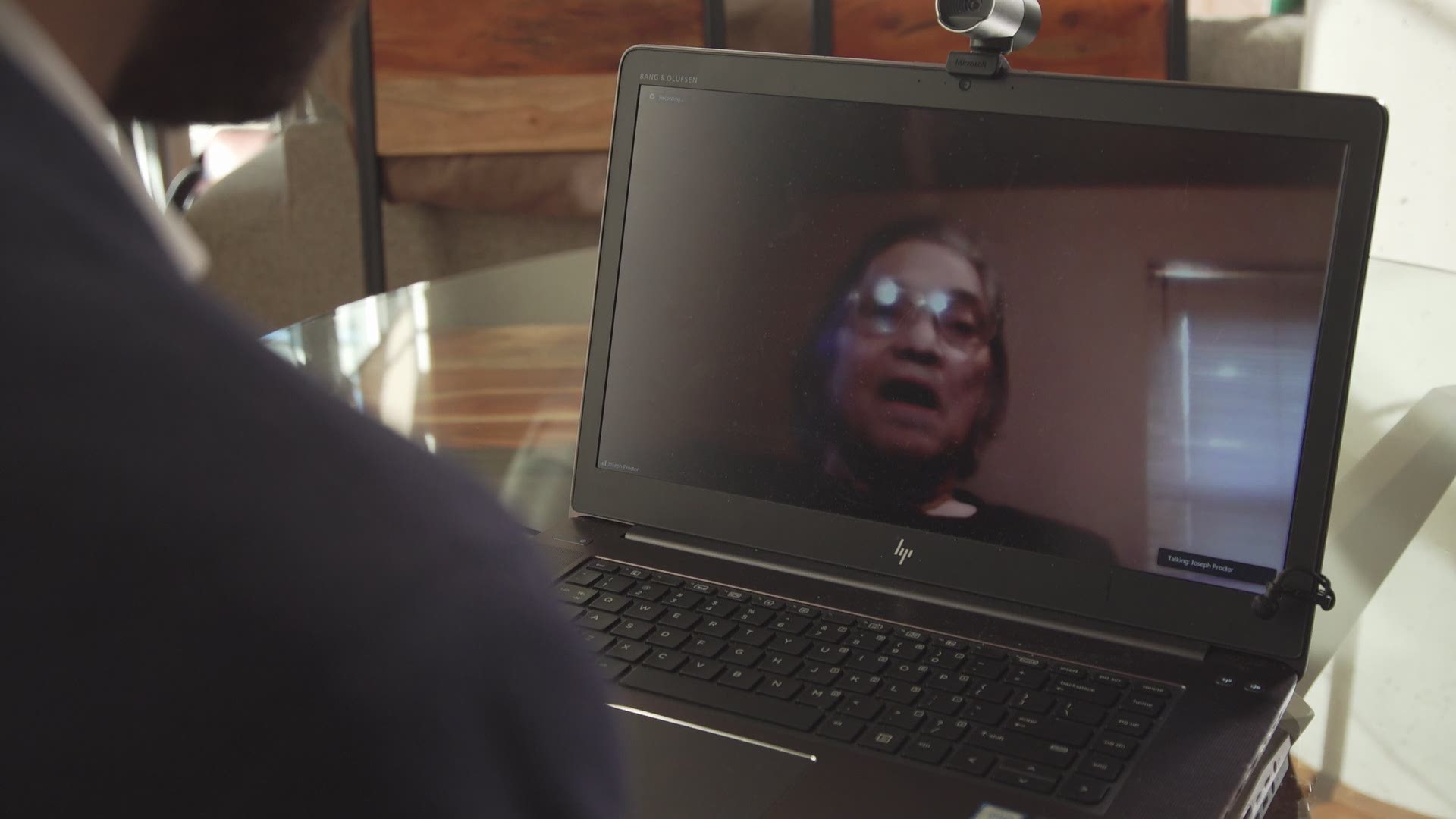 PRINCE GEORGE'S COUNTY, Md. — Joseph Proctor has a long list of health issues, from congenital heart and kidney failure to diabetes. As of early March, he’d been desperately trying to get vaccinated for six weeks.

“I’ve been trying two or three times a day,” Proctor said. “And I can’t get one.”

“It seems like they’ve given all the shots to everybody else, except for the people in Prince George's County,” he said.

People in communities across the U.S. are facing problems getting a vaccine appointment. But the vaccination numbers in Prince George’s County are particularly alarming.

State data shows 10.7 percent of residents were vaccinated as of March 10, by far the lowest in Maryland, even though Prince George’s County has the highest rate of COVID cases and deaths.

Prince George's County is roughly 84 percent Black and Latino, according to the latest Census data. Several leaders are speaking out against early claims that poor vaccination numbers in communities of color are the result of vaccine hesitancy.

“It is not hesitancy,” Prince George’s County Executive Angela Alsobrooks said during a recent press briefing. “The main issue right now is actually lack of access.”

One of the problems is vaccine supply.

RELATED: 'There continues to be a lot of confusion' | Registration systems, 'digital divide' bringing issues for getting vaccine

Maryland State Health says they’re distributing vaccines based on population, but Prince George’s County says they still have not received their share.

“We still have not received the overall amount of vaccine commensurate with the population and impact of COVID,” Dr. George Askew, the County’s Deputy Chief Administrative Officer for Health, Human Services and Education, said in a statement.

WUSA requested data from State Health to show their distribution. They offered to provide it, though nearly a week later, despite follow-up messages, they have not shared it.

State Health blames some of the low vaccination numbers on Prince George’s County Health, claiming the county held back doses early on as it ramped up its clinics. The county confirms that happened, but they blame the decision on “unclear” guidance from the state.

Appointments are another issue.

Take the state-run mass vaccination site at Six Flags in Bowie. While the site is in Prince George’s County, the vast majority of doses are going to people from other areas.

State data shows as of late February, only 11 percent of doses at the Six Flags site were going to people from Prince George’s County, far fewer than Montgomery, Howard and Anne Arundel County residents.

Both U.S. Congressman Anthony Brown and State Senator Jim Rosapepe blame a “disorganized” and “decentralized” state registration system, which they believe favors those with spare time and resources.

“We have a lot of working-class people here in Prince George's County,” Senator Rosapepe said. “We’ve got a lot of low-income people. We’ve got immigrants here. They don't all speak English. They don't all have great computer connections.”

Both leaders are pushing for an integrated statewide signup website. The state did not respond to questions about its system.

Doses at state-run mass vaccination sites do not count against the total allocated for each county, State Health said.

As for residents of other jurisdictions taking appointments in Prince George’s County, State Health said, “There was an issue that the local health department had with that, but it has since been addressed.” They wouldn’t clarify further.

Prince George’s County Health did not respond to a question about that “issue,” but say they prioritize people who live and work in the county.

Dr. Georges Benjamin is the Executive Director of the American Public Health Association. He's also the former Secretary of Health for the State of Maryland.

"The issues that Prince George's County have seen are absolutely happening in many counties across the nation," Dr. Benjamin said. "It tells me that we have failed to do the education and provide the access that's necessary to get people there. Not necessarily education to get over hesitancy, but even education about how to get the appointment."

"I think they need to rethink the allocation methodology," he said. "To do it on a population basis is far too simple for the problem that we have at hand."

“We need to be reaching out to people, taking vaccines to people instead of just making people come to the vaccines,” Senator Rosapepe said.

During a recent meeting with officials, Maryland’s Secretary of Health said there are four barriers to vaccine equity right now: trust, transportation, technology and vaccine information.

“Changes are happening every day to get Prince George’s County’s numbers up,” General Birckhead said.

The state is opening more clinics in the county, including a mass vaccination at First Baptist Church of Glenarden. They’ve launched a text campaign to help reach residents and get them signed up for doses. And they’re teaming up with Walmart and Wegmans exclusively for Prince George’s County residents.

The state has also deployed three mobile units, which can each provide 150 vaccinations per day.

At Six Flags, the state is now setting aside 300 appointments per day for Prince George’s County residents, roughly 7.5 percent of the 4,000 daily doses they can now provide at the site.

In total, the state says they'll be facilitating nearly 10,000 priority appointments per week for Prince Georgians.

At a recent briefing, Executive Alsobrooks said she’d like the state to reserve certain days or 50 percent of doses at Six Flags for county residents.

The county, she says, is now using its own appointment system after issues with the state’s PrepMod system. They have roughly 115 thousand people on the wait-list.

“A population-based distribution strategy is ‘equal’ but not ‘equitable,’” Dr. Askew said.

General Birckhead believes the changes they’re making in Prince George’s County will eventually bring the percent of vaccinated residents closer to the numbers in other counties.

As for how soon it could happen?

This week, Prince George's County Health went from 23rd in the state to 3rd for first dose administration, Dr. Askew said in a recent briefing.

Joseph Proctor finally got his first dose this week, but it took help from his cousins and their friend. He’s still upset that it took so much time and effort.

“I’m frustrated for the other people in Prince George’s County who are falling into the same situation where they can’t get appointments, so they can’t get vaccinated,” he said.