Meat supplies for grocery stores could drop by as much as 30% by Memorial Day. Here is a look at how stores in D.C., Maryland and Virginia are reacting. 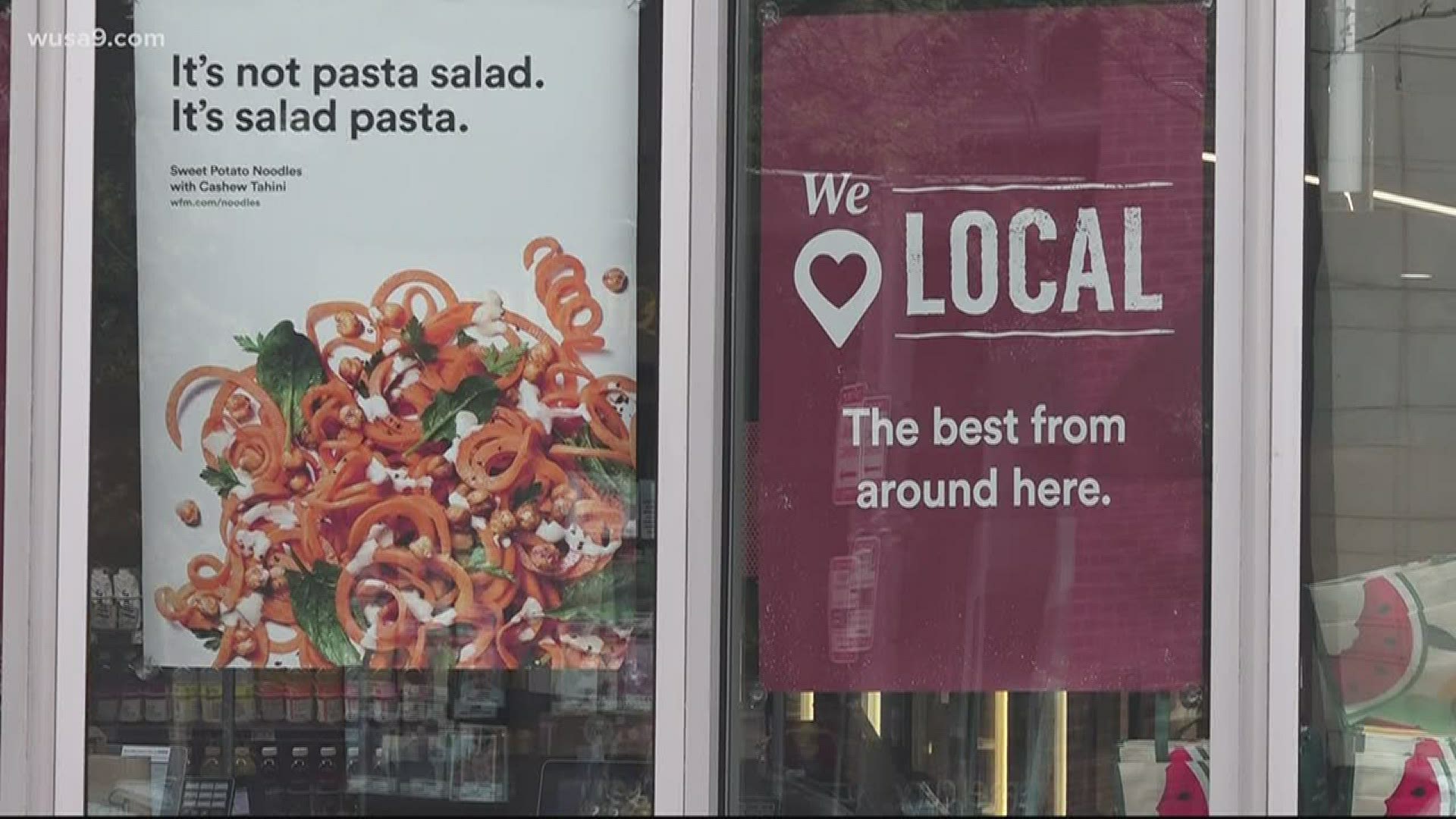 In the D.C., Maryland and Virginia area, shoppers will need to be aware of where they can buy meat products and how much they may be limited to when purchasing.

Part of the reason for the limits in meat buying is because of the disruption in the meat packaging industry due to coronavirus outbreaks at facilities in the United States.

And while knowing the meat supply stock at every store in the D.C. region is hard to track, knowing which stores are limiting access is a good start, especially when more than 20 meatpacking plants around the U.S. have closed at some point in the past two months, according to Supermarket News.

Here is a look at how stores are approaching the limiting of meat products:

As Costco returns to normal operating hours, it's limiting the amount of meat each member can purchase to three items. Other grocery store chains in the region, like Safeway, aren't setting purchase limits, but are still asking customers to "respect quantity limits of select, high-demand items." The company said the same thing when products like toilet paper and other household products were being hoarded at the beginning of the pandemic.

Food Lion, which has locations in the Northern Virginia area, has limited meat purchases since mid-April, according to a FOX Business report.

BJ's Wholesale Club also has in its policy that it may limit items being bought at its stores, and a BJ's store associate from Alexandria, Virginia said customers right now can only buy three meat items at a time — one beef, one pork and one chicken. The store associate at the Alexandria location said she believed the policy was companywide, but had limited information.

According to Wegmans website, a chain with more than 100 locations across New England and the mid-Atlantic, the company has purchase limits on bacon, beef, chicken, ground meat, lamb, pork, sausage, turkey and veal.

Walmart is not currently limiting the number of meat products that customers can buy, but in a statement given to The Dallas Morning News, the company is "working through our supply chain to continually replenish items as quickly as possible to help us meet the needs of our customers."

Harris Teeter's parent company, Kroger, is limiting the amount of meat that customers can purchase at some stores. While a store associate we spoke to at two different locations in D.C. said they specifically won't be limiting meat products, it has been seen at other store locations outside the DMV region. A report out of Charlotte, North Carolina's WBTV shares a statement by a Harris Teeter spokesperson who said they are limiting purchases at some locations in that region.

A Giant Food associate at its store near the National Cathedral said it is not limiting the amount of meat being sold to customers.

Trader Joe's has not announced a limit in meat products that can be bought in its stores, but the company has said in its coronavirus information to customers that they, "understand that during this extraordinary time, providing for the essential needs of our customers is as vital as ever. We’ve been working closely with our partners throughout the supply chain to ensure that our stores remain well stocked with the products our customers need and want, as always ensuring we are maintaining great values — providing the best quality products for outstanding prices."

This grocer does have some limits on chicken products and is also limiting the purchases of some additional items in higher demand such as milk, eggs, paper products and disinfectants.

The Walmart-owner grocer reportedly has limited purchases of beef, poultry, land and pork to one per item, according to nj.com. In a statement from Sam's Club, the grocer said, "currently, we are limiting a number of items to one item per member to ensure more of our members have access to the products they need."

And while pork and beef production is down about 35% since last year, according to Grocery Dive, there's a big concern when looking toward Memorial Day. The same report by Grocery Dive says meat supplies for grocery stores could drop by as much as 30% by the time Americans start stocking up for the holiday that is known for its grilling and uptick in meat purchasing.

So are D.C. stores seeing a drop in meat supply? The stores that WUSA9 called late Monday evening, like Harris Teeter, BJ's and Safeway said no. Most said customers are buying meat products at a normal rate, with nothing out of the ordinary.

WUSA9 will continue to report on the meat supply in D.C. and will make updates to this story if need be.

RELATED: DC requires face coverings be worn by everyone in essential businesses

RELATED: As the DMV looks to reopen, here's what is open & what you're allowed to do