During an interview with CNN, Hogan responded to Trump's tweet on his right to make final decisions for states to reopen. 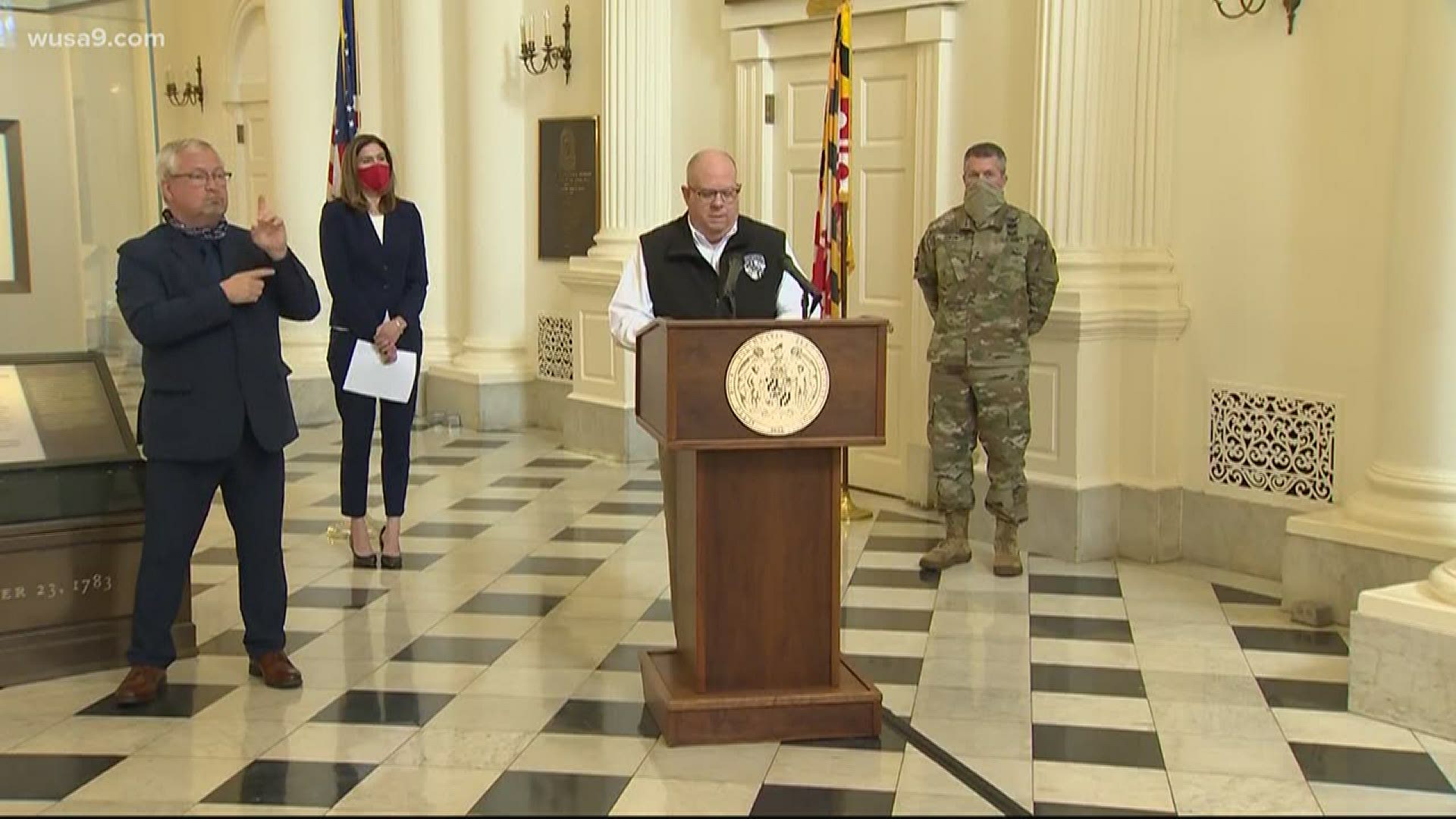 ANNAPOLIS, Md. — Maryland Gov. Larry Hogan, who is also Chair of the National Governors' Association, said he'll continue to make decisions in the best interest of his state despite President Donald Trump's tweet about his authority to make decisions for Americans.

Hogan's response comes after Trump tweeted on Monday that some are "saying that it is the Governors decision to open up the states, not that of the President of the United States & the Federal Government. Let it be fully understood that this is incorrect...it is the decision of the President, and for many good reasons."

During an interview with CNN, Hogan responded to Trump's statement saying, that it was not his understanding of the U.S. Constitution.

"We will continue to make decisions based on the facts on the ground to keep Marylanders safe," Hogan said.

Hogan also told CNN that he believes governors made the best decision to take various actions for their states. He said individual governors who made those decisions will have the ultimate decision about what to do with their states.

Hogan said Maryland took early action in January and can't speak as to why certain decisions weren’t made on the federal level.

Hogan said state governors have been talking for weeks about things that are going on in their states. And they've spoken to medical experts on how they plan to move forward from this pandemic. Hogan said governors would be communicating with top leaders in the federal government and hopes to get the cooperation of the president.

On Saturday, Hogan and New York Gov. Andrew Cuomo called on the federal government for $500 billion to stabilize budgets in states due to the coronavirus.

Hogan and Cuomo are chair and vice-chair of the National Governors Association. In their statement, they said the coronavirus health crisis and doing what's necessary to flatten the curve and slow the spread of the virus has resulted in "catastrophic damage to state economies."

The governors said the CARES Act should be amended and are asking for flexibility beyond COVID-19 spending.