ABRA fined Harry's for violations including patrons without masks, serving customers while standing, insufficient table spacing and more than 6 people per table. 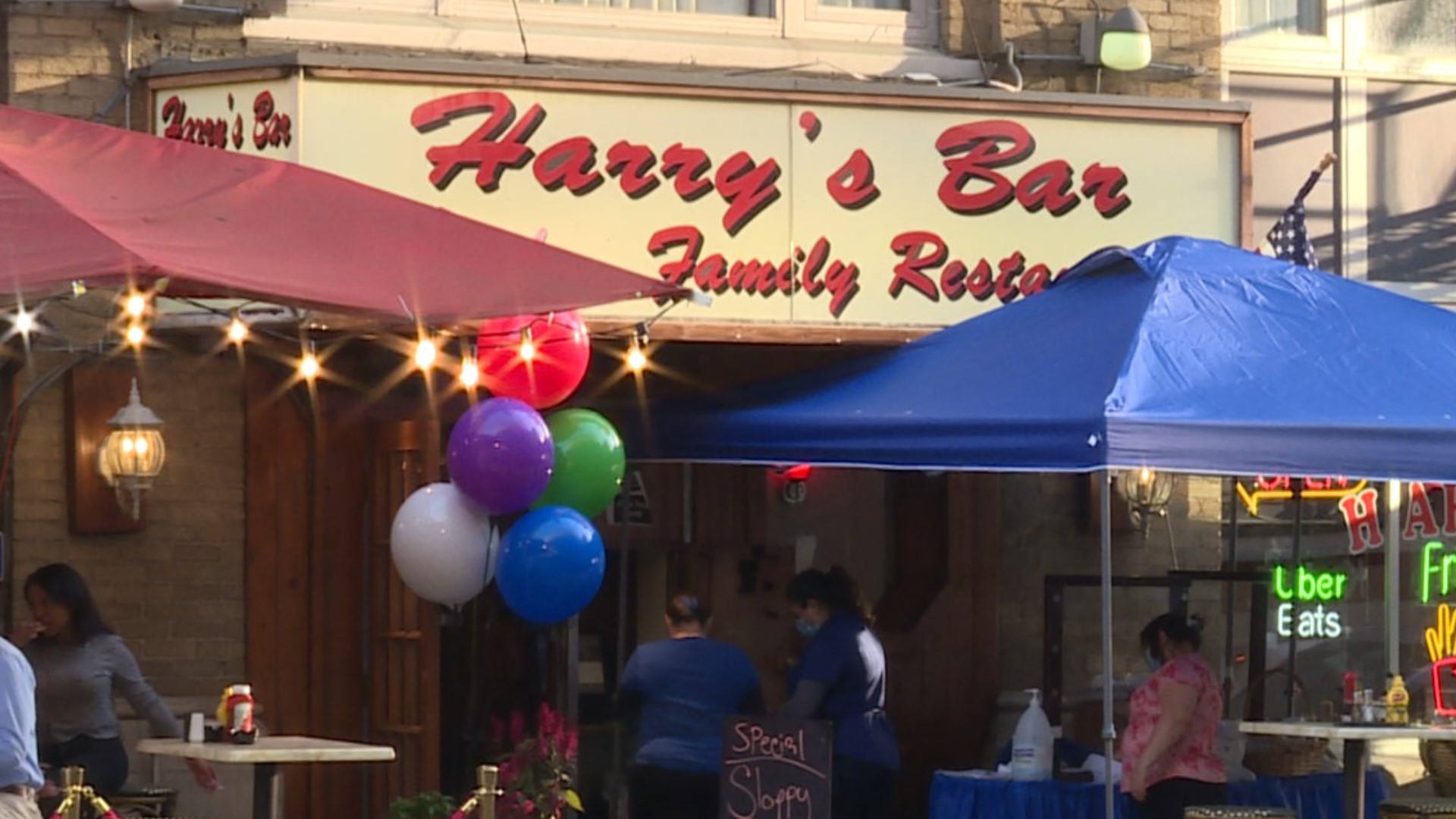 WASHINGTON — The Alcoholic Beverage Regulation Administration (ABRA) fined a D.C. restaurant and bar two days in a row for violating the District's Phase 2 COVID-19 restrictions. The establishment had already received a verbal and written warning for similar violations on Oct. 7 and Oct. 10.

An investigator fined Harry's an additional $1,000 on Saturday, Nov. 14 when it was observed that patrons were again not wearing masks and more than six customers were being seated at a table.

According to ABRA, no violations were observed on Sunday.

"The establishment will continue to be monitored," ABRA said in a statement to WUSA9.

The bar drew national attention in October after President Trump retweeted a video showing a group of DC Police officers being cheered by customers on National Night Out,  a nationwide effort to promote police-community partnerships. In the video, customers could be heard chanting "Back the blue" and clapping for the police as the officers fist-bumped at least two men standing at the bar inside.

Some viewers noticed how crowded the bar was, with many customers seen not wearing masks and others standing at the bar. ABRA confined to WUSA9 on Oct. 7 that an investigation had been opened on the matter.

"It had a reputation for tourists because it’s in a hotel," he said. "Obviously, it’s developed a different type of reputation the last three or four years as a hotspot for people and tourists and fans of the president because it’s a block from Trump Hotel.”

At Harry’s in DC, 1 block from Trump Hotel.

This is how everyone responded to the police walking in! pic.twitter.com/rA1PVghnIo

WUSA9 has reached out to Harry's for comment but has not yet heard back.

On November 14, Harry's was issued an additional $1,000 citation for patrons without facial coverings and more than six (6) patrons being seated at a table.

Harry’s was monitored on Sunday, November 15 and found to be in compliance. The establishment will continue to be monitored.

No additional Phase Two verbal or written warnings or citations were issued between November 13-15, 2020. An updated citation report will be published the website on November 17.