DC may have already hit its coronavirus peak, research institute says – but the Mayor isn't convinced 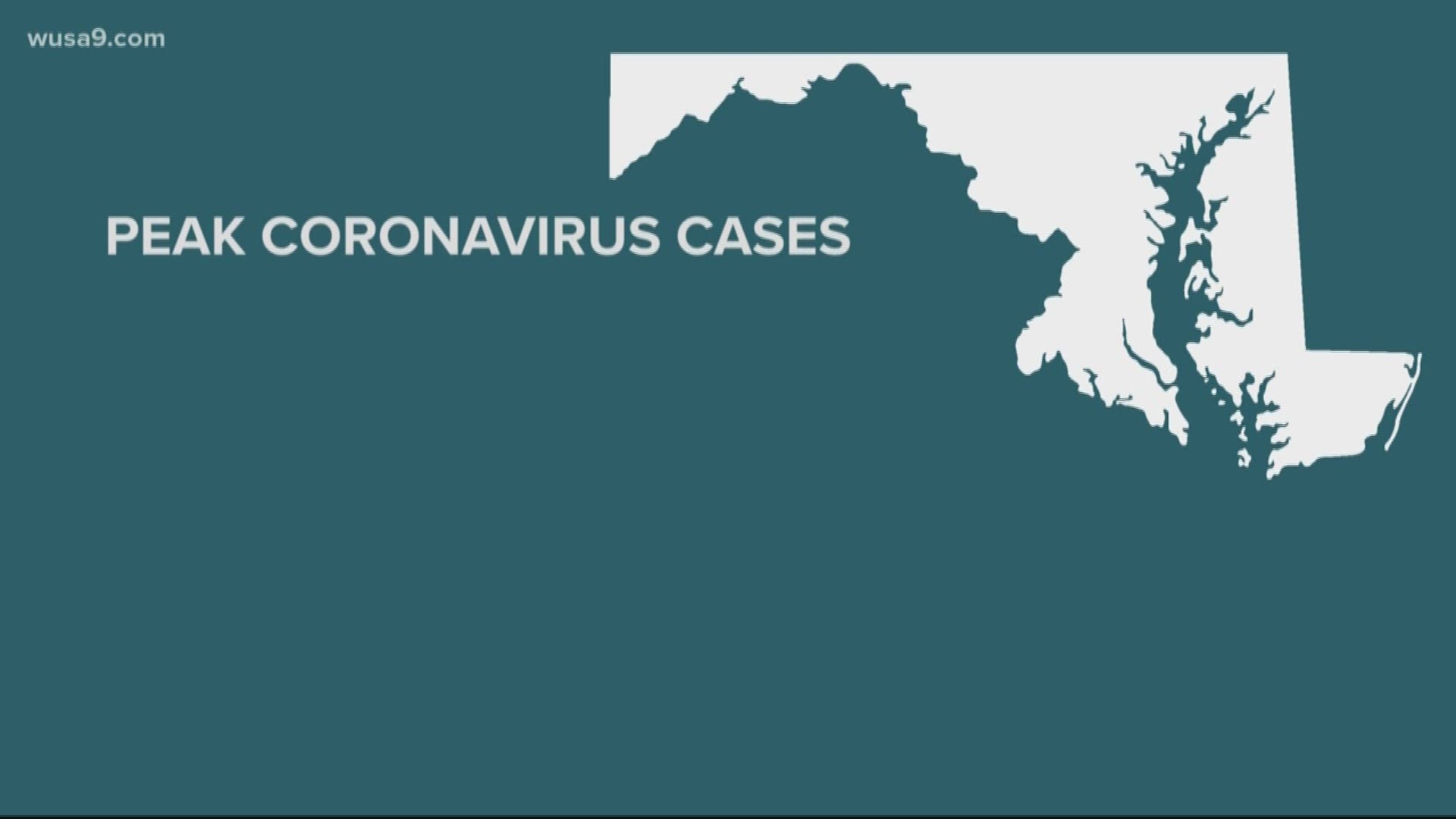 WASHINGTON — EDITOR'S NOTE: The Institute for Health Metrics and Evaluation has updated its model with new projections. Find those here.

A leading team of scientists say there might be a ray of hope in the fight against coronavirus in the DMV. Researchers in Washington state believe the District of Columbia has already hit its peak resource use from COVID-19 – and that the peak is only weeks away in Maryland and Virginia.

New projections released Monday by the Institute for Health Metrics and Evaluation (IHME) at the University of Washington revised earlier estimates calling for D.C. to hit its coronavirus peak around April 15. IHME now thinks the the District actually peaked three days ago, on April 3.

The research also suggested the total number of people who die from coronavirus in D.C., once projected to be around 218, could now number about 58. As of April 6, D.C. has reported 24 deaths related to the coronavirus.

“We are acutely aware of the importance for us to get this right, because we don’t want to mislead decision makers,” said Dr. Christopher Murray, IHME's founder and director.

But on a conference call with reporters, Dr. Murry said his team is confident in its projections. Murray said those projections are based on an increasing amount of data, both internationally and in the United States, that show the strict social distancing guidelines now in place across most of the country have helped stop the spread of the disease.

IHME has revised peak impact in Virginia from May 20 to April 20 and dropped its projected death toll there from 3,152 to 1,041.

In Maryland, the news wasn’t as good.

Although IHME moved up its projected peak there from April 28 to April 19, researchers also upped the total number of deaths expected in Maryland, from 1,766 to 2,326.

WUSA9 reached out to Maryland Gov. Larry Hogan's Office to see whether IHME's projections were being evaluated as part of the state's ongoing coronavirus response. His office released the following statement:

"To plan for the contingency of hospital surge, the Maryland Department of Health has worked with a number of academic institutional models and evaluated a number of publicly available models to help gain broad understanding of possible surge scenarios in the state.

This process has produced estimates that can vary widely, depending on modeling assumption factors. Rather than relying on a specific model or specific projection, MDH's use of modeling is a tool for broad planning purposes and not as a concrete forecast of what will happen as COVID-19 cases continue to increase across Maryland."

IHME's Murray didn’t address the projected uptick in Maryland to WUSA9 specifically, but he continued to hammer the point that all these estimates go out the window if federal and state leaders relax social distancing guidelines, including stay-at-home orders and closing of all schools and non-essential businesses.

“The potential for rebound is enormous if we let up on social distancing,” Murray said.

Murry said his team’s projections only hold if those strict social distancing guidelines remain in place through the end of May. IHME is working on new models of what the numbers look like if federal or state leaders open things up before that.