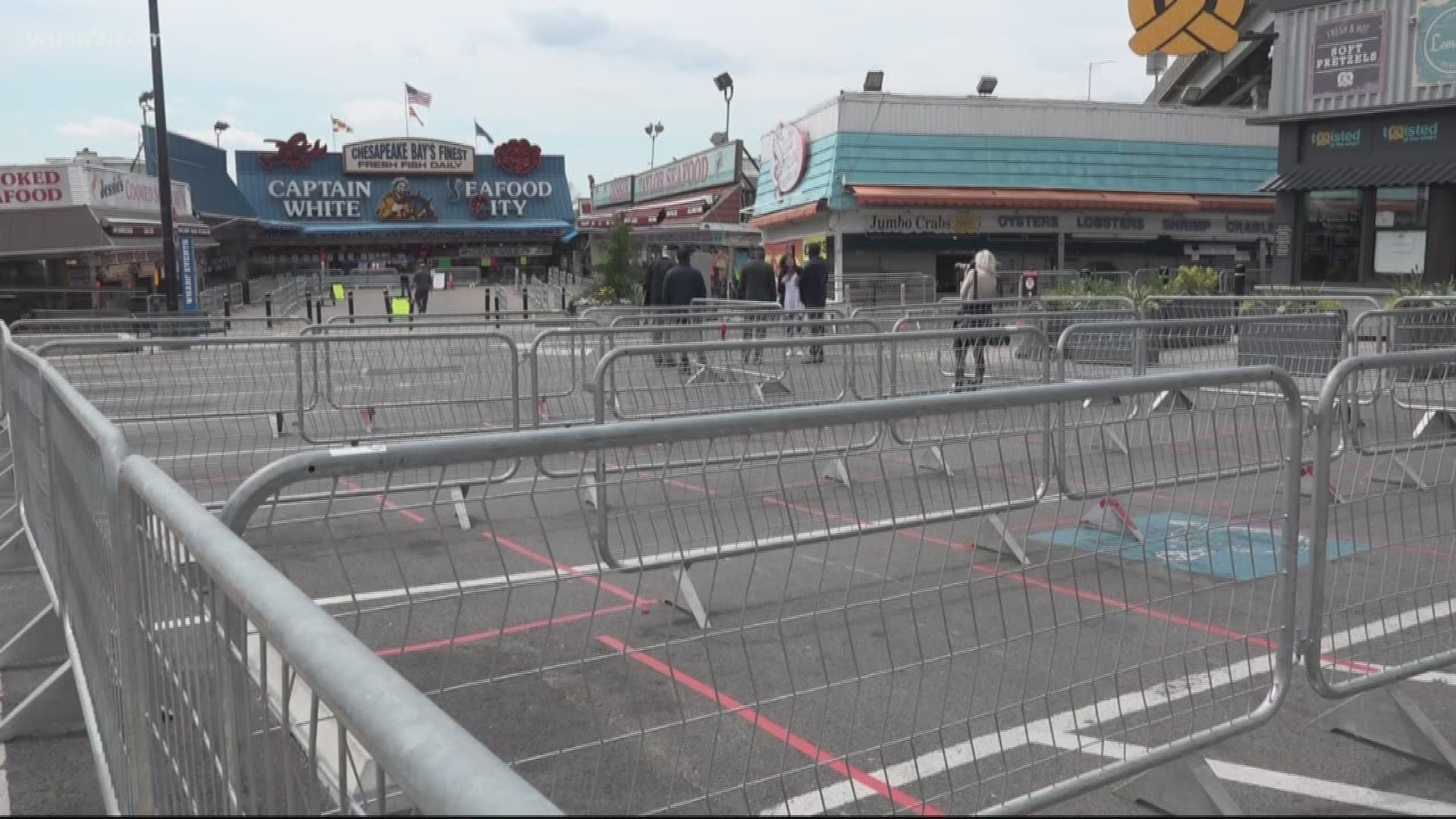 As other owners were putting the finishing touches on the market’s new social distance plan, inspectors with clipboards were making sure it all passed muster.

Barricades now block access to most of the lot on The Wharf. Customers will have to line up to get in, with police officers guarding both entrances, exits and patrolling the market to enforce social distancing. And if the market gets too packed, they will move to a one-customer-out, one-customer-in format, according to Captain White’s Facebook page.

RELATED: 'I feel like we let them down' | DC Fish Market vendor says shutdown hurts employees, fishermen and customers

Workers who spoke to WUSA9 Tuesday said they hope the city and police will help customers stick to the new plan, since owners’ first social distance plan resulted in Saturday’s overcrowding and subsequent shut down. But most importantly, they want to get back to work and get back to serving the community.

“It’s a lot of seafood to maintain and it’s killing us just letting it sit there. We’d like to get back open and help the people and the city, you know?” said Paul White, who has been working at his uncle’s seafood stand since he was in high school.

The plan must still be approved by Mayor Muriel Bowser before the market can reopen.