While some progress has been made with oral health in minority communities, the effects of oral health disparities are still being felt. 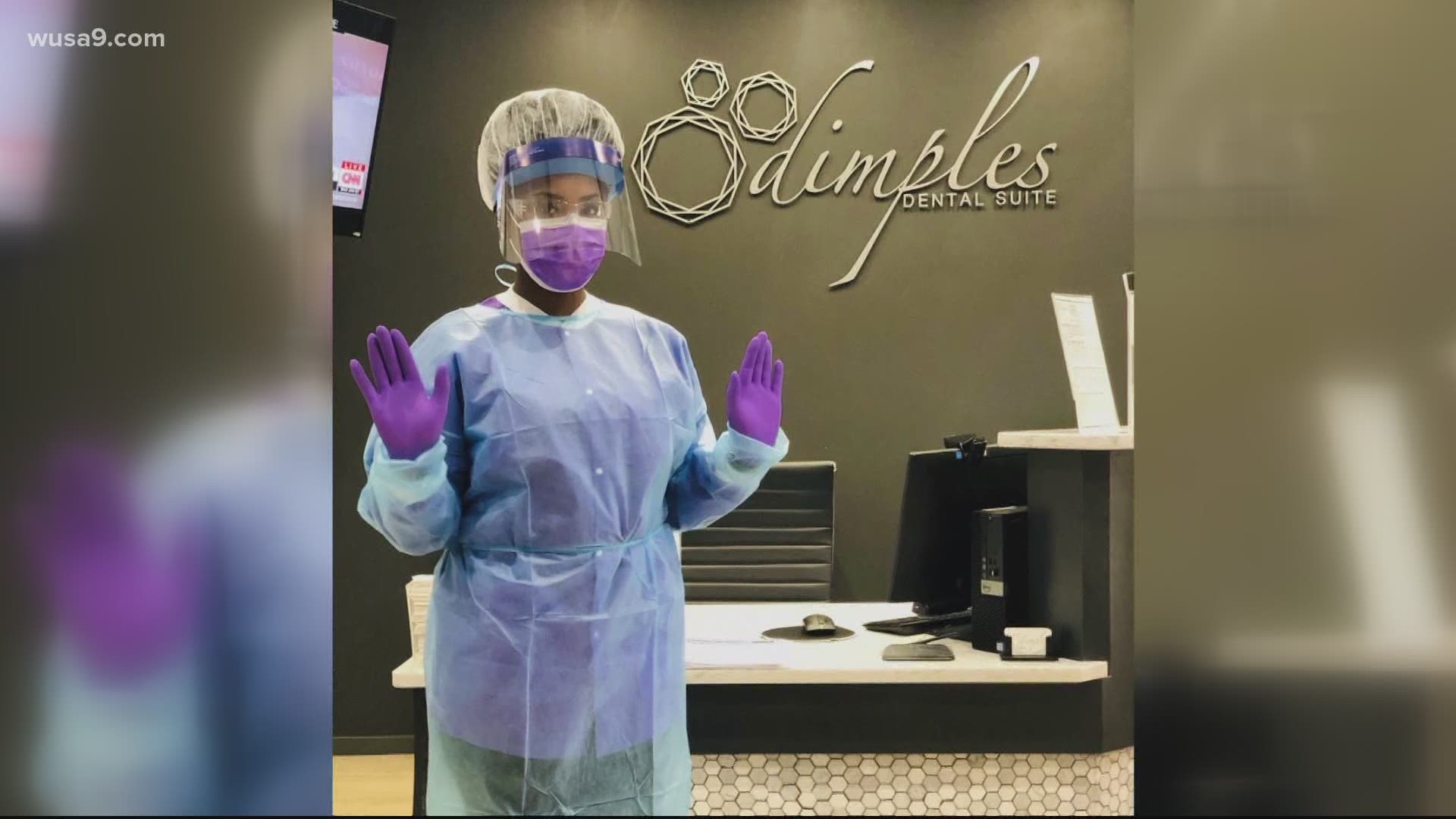 WASHINGTON — Racial disparities in health care have been magnified by the pandemic. Early on, we learned that African-Americans accounted for a higher rate of infection and death from the coronavirus. It turns out, systemic health disparities have also led to issues at the dentist office.

When Dr. Takeisha Presson had to limit patients to emergency and non-elective procedures at her Dimples Dental Suite on Capitol Hill, she noticed a startling trend among patients of color and those with lower income.

“It was mainly the Black population, people of color, who were having dental emergencies, situations or conditions that we had already diagnosed,” said Dr. Presson, who explained that most cases were beyond repair. “ I did a lot of root canals, a lot of extractions, rampant caries.”

“We had to pull teeth because their teeth reached a point of non-repair,” she said.

“There are plenty of studies out there that show the correlation between heart disease and diabetes as they’re connected to bad oral health.”

What Dr. Presson has experienced is not out of the norm. The pandemic only brought more of it to light.

For years, studies have shown how disparities in oral health care made some communities more vulnerable.

According to The Pew Charitable Trusts, previous studies have shown higher rates of tooth decay and tooth loss in communities of color. At one point, data collected from just over a decade revealed that people of color were seeing the dentist far less than white populations and receiving preventive treatment at a lesser rate.

Poverty has also been a contributing factor, as minority communities have been disproportionately affected for years, creating hurdles to quality health care.

“One of the things I love about the District of Columbia is they have a Medicaid system that really takes care of their adults, however they still have their limitations, “ she said. “There are procedures they [patients] may need but  just can’t afford out of pocket.”

Growing up on Medicaid herself, Dr. Presson has a passion for helping patients who depend on it. She said it’s her labor of love, but the impact has been felt, especially during this pandemic because of the system’s “low reimbursement rate."

“A lot of patients who needed me [during the lockdown] were on Medicaid, and I found that I was working for free and digging myself into a deeper, deeper hole,” she said. “ So, when it comes to the disparities, it’s not just about the lack of providers.”

She said part of the solution to better care would be improving insurance reimbursement rates, so patients could have better access to quality health providers.

While the effects of systemic disparities still linger, a CDC study has highlighted some improvements in its 2019 Oral Health Surveillance Report.

Some progress has been made when it comes to oral health in children, especially,  despite an increase in seniors dealing with tooth decay.

RELATED: 'You go from the income of the practice to zero' | DMV dental practices aching from coronavirus impact