Councilmembers unanimously backed the resolution, which will be voted on next week. 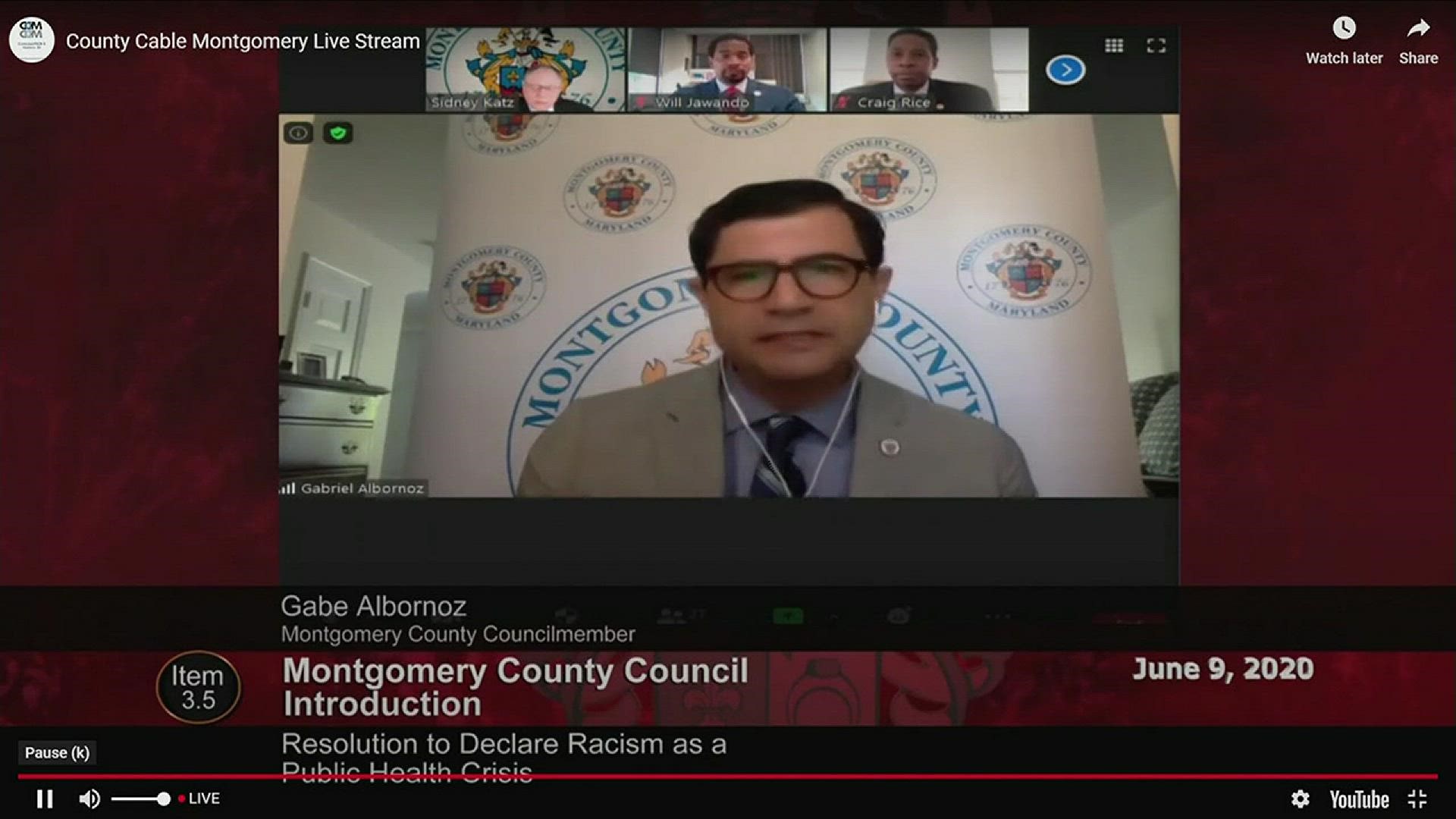 ROCKVILLE, Md. — During a meeting on Tuesday, the Montgomery County Council introduced a resolution that calls racism a public health crisis.

In session Tuesday, councilmembers called the resolution a "first step" in addressing the root problem of racism in the community and the nation as a whole.

The resolution was introduced by Councilmember Will Jawando. In a letter to the Council's Chiefs of Staff, Jawando writes, "The resolution is tied to the social construct of race and how it affects our society. There is a biological basis to distinguish racial groups; instead, they see race as a social, cultural, and/or political construct wherein racism has real consequences on health and health disparities."

Disparities, he says, have been amplified by the coronavirus pandemic, which has hit Montgomery County particularly hard. The county has the second-highest number of cases in the state of Maryland.

During Tuesday's discussion, Jawando talked candidly about police violence and the deaths of Breonna Taylor and George Floyd, whose murder sparked outrage, protests and calls for change across the country.

"It's long past time we focus on the direct link to these deaths: Racism," Jowando said.

The resolution calls on the Council to "commit to becoming an equity and social justice oriented organization" and will "further work to solidify alliances and partnerships with other organizations that are confronting racism and encourage other local, state, regional and national entities to recognize racism as a public health crisis," among other actions.

Other council members voiced their support for the resolution and noted that there is still much work to be done.

Councilmember Craig Rice spoke about his experience with racism as a father. He says recent incidents of police brutality have had a major impact on the younger generation.

"We've now broken the spirit of a generation who thought we were on the right track," he said.

Montgomery County Council is scheduled to vote on the Resolution on Tuesday, June 16.

RELATED: 'I had to tell her that I fear police. I didn't want to have to do that' | Black DC father explains race relations to biracial child