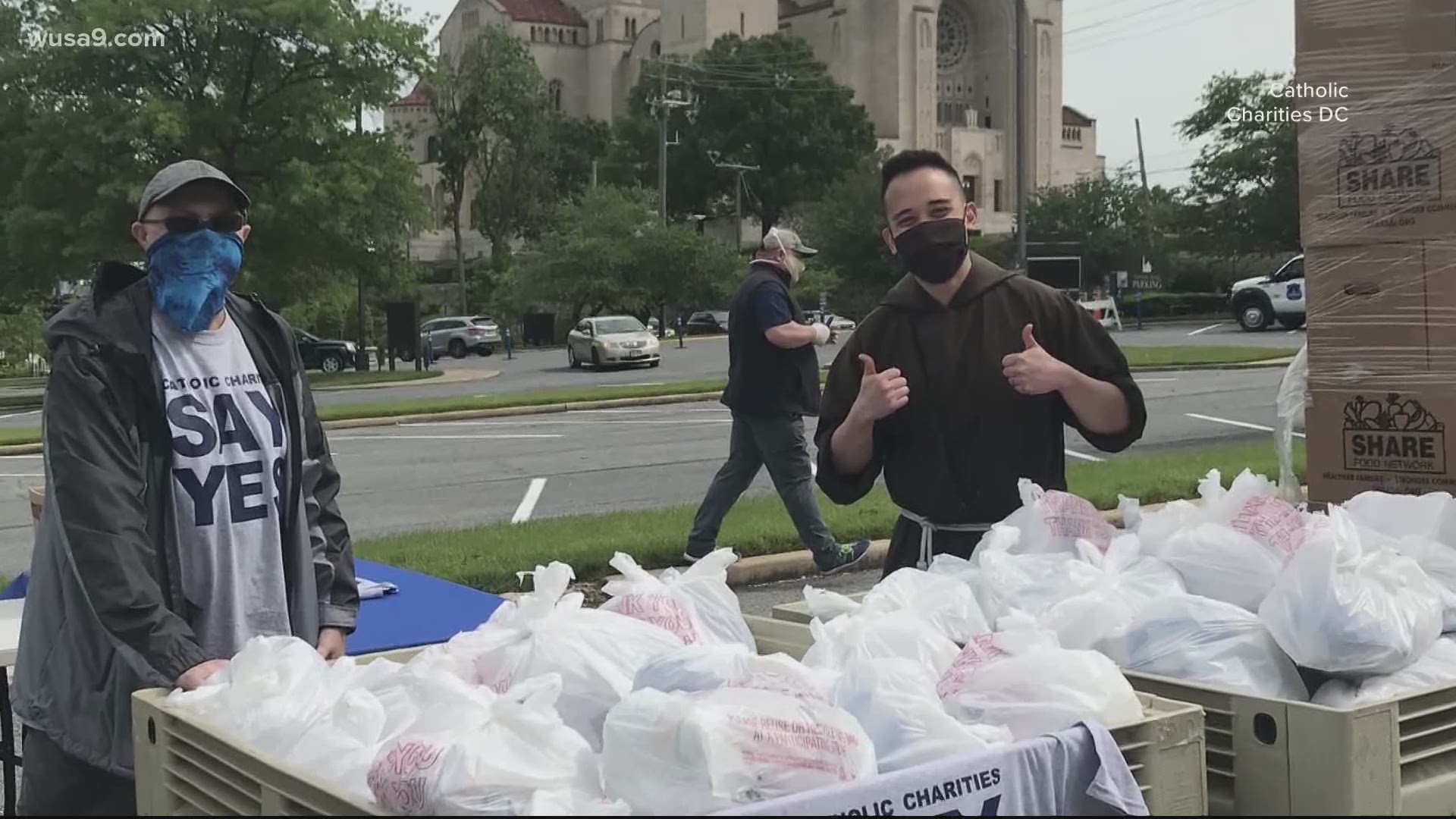 WASHINGTON — A local friar is relying on his baking skills to help hundreds of people in need in the DMV. Capuchin Franciscan Brother Andrew Corriente, a fourth-year divinity student at Catholic University of America and Capuchin College, won season five of the nationally televised baking program, the Great American Baking Show: Holiday Edition, in January.

He recently baked 1,600 chocolate chip, peanut butter and snickerdoodle cookies for a Catholic Charities DC food distribution event at the National Shrine of the Immaculate Conception in Northeast D.C.

The cookies, which Corriente’s fellow friars helped produce, were included in 800 meals at the giveaway.

"Doing this kind of charitable work is just what I feel like I was designed to do," he said. "So it's a really, really big honor to be part of it."

Corriente said sometimes he would get up as early as 3:30 a.m. to make test batches, while other friars would make emergency runs for chocolate chips.

When asked how they completed the task, Corriente’s answer was simple.

Corriente is currently studying to become a priest. He said he first became interested in baking seven years ago when he became involved in religious life.

"I always loved sweets growing up," he said. "I love going to bakeries. I love going and getting cupcakes and brownies and ice cream, but I never actually baked anything."

He said he is not surprised many people have taken up baking while in quarantine. Corriente chalks the phenomenon up to nostalgia.

"Sugar gives you joy," he said. "So, of course, we try to bake brownies or cinnamon rolls during this global pandemic. Just to give [people] some sense of comfort."

Catholic Charities DC said it has seen the need for food skyrocket in the DMV ever since the coronavirus’ initial spread into the region in March. Over the last three months, they've provided more than 10,000 packages of food across the metropolitan area.

RELATED: Free groceries and food from Catholic Charities DC had people waiting in a line almost a mile long

"We’re all humans, we all have our own unique needs and to be able to serve somebody when they are in their moment of crisis is really a powerful volunteer activity," Tara Arras, Catholic Charities DC chief development officer, said.

Catholic Charities' next large-scale food giveaway will take place May 29, at noon, at St. Mary of the Mills Church in Laurel. 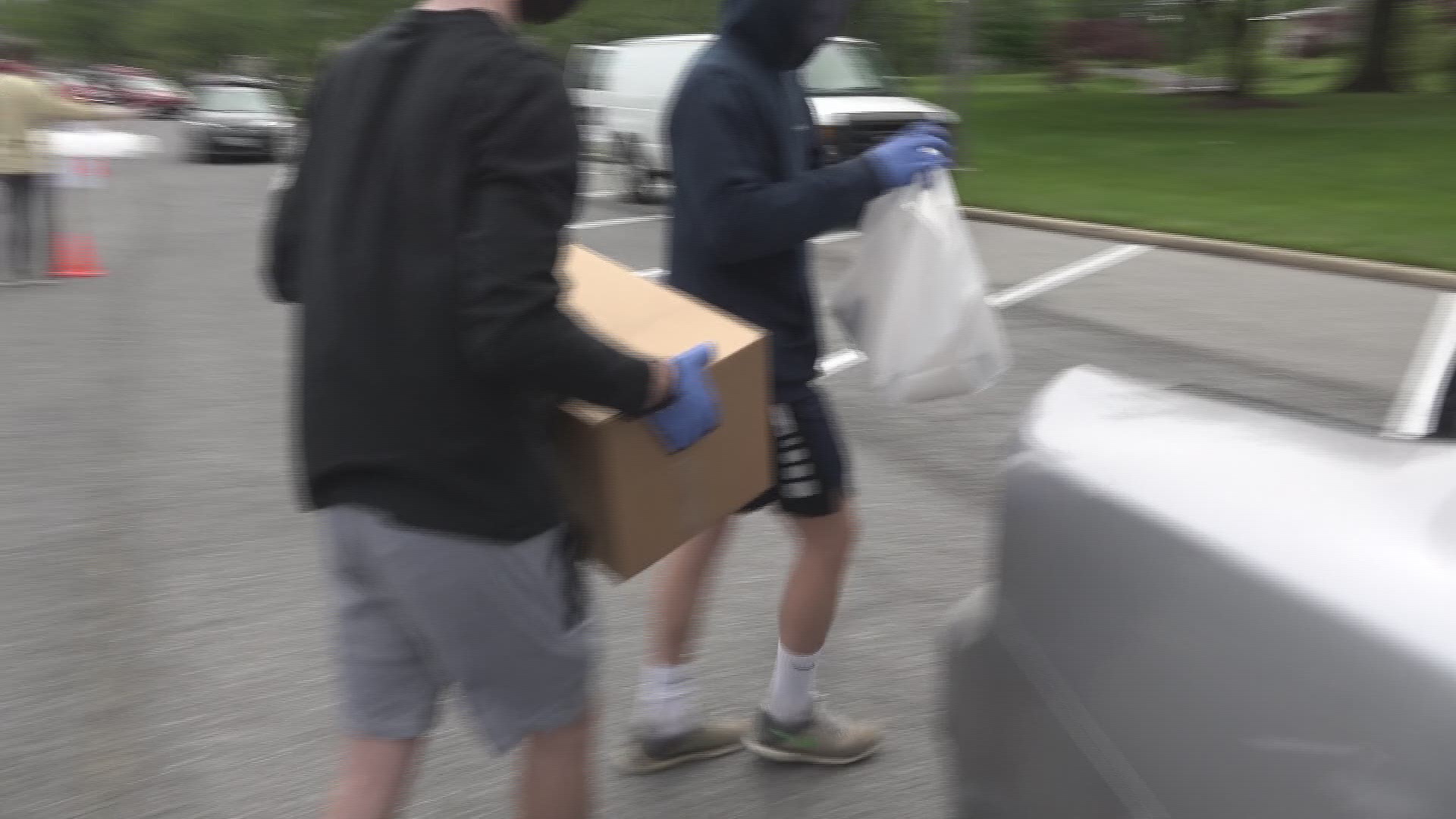