Protesters are demanding the federal government ensure they get enough protective gear. 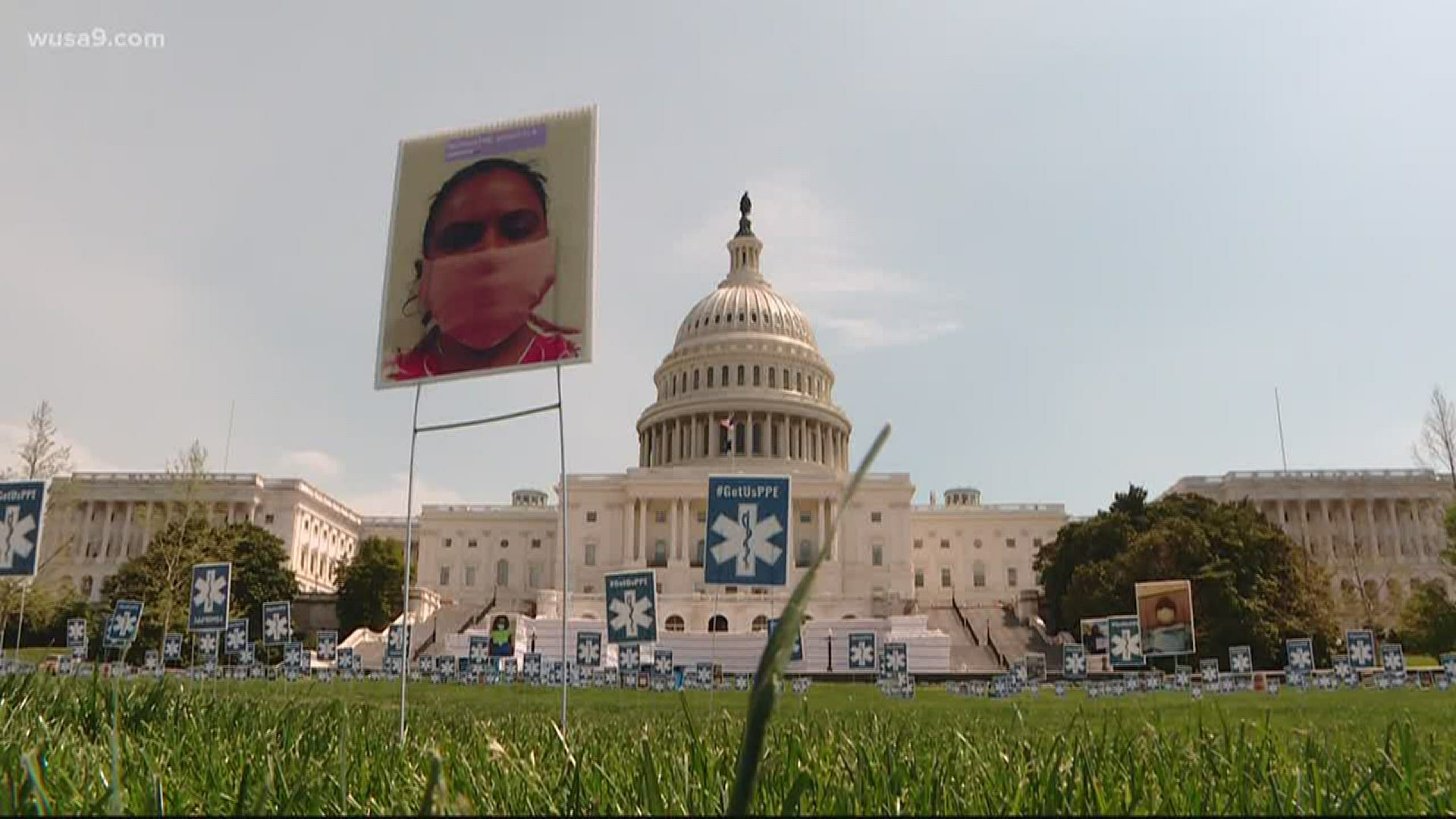 WASHINGTON — It was a protest for the age of social distancing: 1,000 signs, but no people.

A coalition of unions and progressive groups planted the signs in front of the Capitol on Friday to demand the federal government ensure the adequate production and distribution of protective gear to health care workers.

All told, organizers estimate there are 18 million doctors, nurses, and home nursing aides around the nation, so each sign represented 18,000 workers.

Many of those workers are still struggling with shortages of personal protective equipment, or PPE – gloves, gowns, face shields, and masks.

"It’s very upsetting. I think we all have quite a bit of anxiety," said Dr. Milla Kviatkovsky, a physician in San Diego and one of the protest organizers. "This is very real. And for many physicians, this is the most difficult time that they’ve ever worked in their lives."

The CDC estimates at least 9,200 health care workers have gotten sick, and at least 27 have died.

One of the latter was Madhvi Aya, physician's assistant in Brooklyn who died from  COVID-19.

"She was my hero and she was other people's hero. My dad likes to call her supermom, because she really was," said her daughter, Minnoli Aya, as she described her mom's final texts promising to come back to her family.

Organizers of the Capitol Hill protest also delivered some 2 million petitions urging Congress and the Trump Administration to use the full power of the federal government to meet the demand for PPE.

Early on, the President blamed the states for shortages, but has since backed away from that.

"Until we start hearing from the frontline that they have enough, then however much he’s deploying is not enough," said Dr. Kviatkovsky of the group FrontlinePPENow.

Organizers of the protest included National Nurses United and the progressive group, MoveOn.org.