Councilmember Christina Henderson introduced a bill that addresses the lack of maternal health resources east of the Anacostia River. 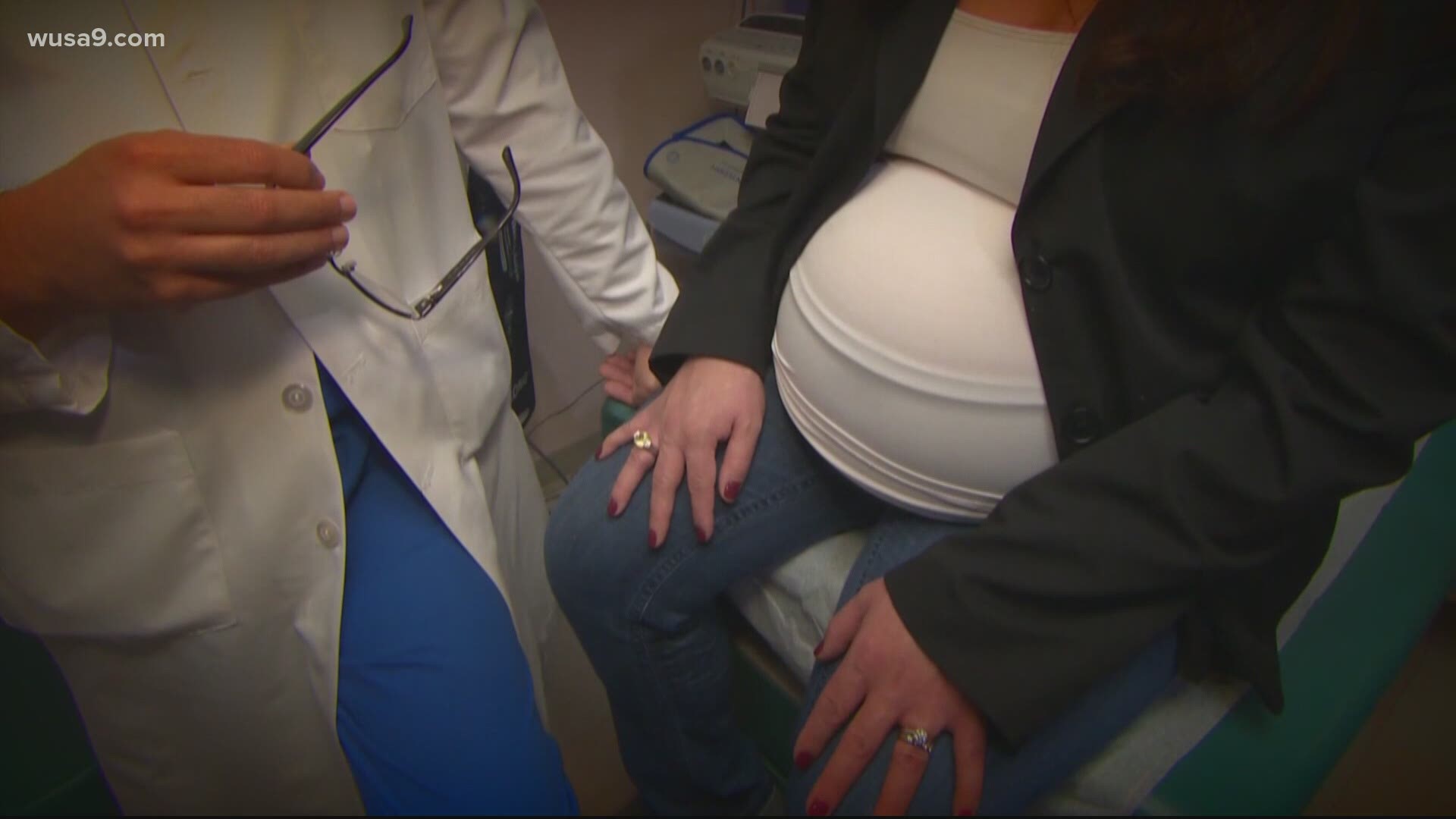 WASHINGTON — Women are dying during childbirth. That is the unfortunate reality all across the United States.

"The best day of your life could also be the worst day of your family's life as well," says D.C. Councilmember Christina Henderson.

According to data from the United Health Foundation, in 2019 the maternal mortality rate in the District of Columbia was 35.6 per 100,000 live births. That's compared to a national rate of 29.6. The rate for Black women is significantly higher: 71 deaths per 100,000 births, compared with 63.8 nationally.

Henderson is determined to change those statistics.

"It's not great for Black women. I feel like if we're the nation's capital we should be leading on this and not leading in terms of the number of deaths," said Henderson.

Earlier this year, the newly elected councilmember introduced a bill that addresses the maternal health access in the District. The Maternal Health Resources and Access Act of 2021 was her first piece of legislation. The proposed bill would do three things, including bringing a feasibility study to establish a birthing center east of the Anacostia River.

RELATED: 'We deserve better' | Mother pushes for change after near-death experience during childbirth

Right now there are no maternity wards in that area, and there won't be for another few years. The new St. Elizabeth's Hospital in Southeast is slated for a Fall 2024 opening.

"No one is talking about what we do in the interim. What do we say to the women in the interim in terms of how they are going to do childbirth in the District," said Henderson.

The issue is personal for the councilmember. A few years ago she was in labor and was turned away from two D.C. hospitals because there wasn't any room for her.

"We got to the second hospital and we got up to labor and delivery there and they said we're sorry we're full. It was such a wild experience, especially when you're in active labor," she said.

Excited to introduce my first bill this morning the Maternal Health Resources and Access Act of 2021. For me, this issue is deeply personal. pic.twitter.com/VssoBBJ9gw

The bill would also introduce a pilot doula program and cover transportation to pregnant Medicaid recipients.

"Studies indicate that less than half of women on Medicaid are receiving the recommended number of prenatal visits or a postpartum visit within the recommended 21 to 56 days after birth.  Further, about half of Black women and more than 1 in 3 Hispanic women in D.C. do not get prenatal care until their second or third trimester," according to the press release sent out about the bill earlier this year.

Henderson says women are more likely to skip an appointment if it requires several modes of transportation to get there. But they may be more likely to attend their appointments if a rideshare service can pick you up and drop you back off.

RELATED: She went to the hospital to have her baby. Now her husband is raising two kids alone

The bill had a Committee on Health hearing in late March that drew a lot of support. The legislation also has the full support of the council. Henderson says the goal is to have the legislation passed and part of the budget in July, but once that happens there is much more work to be done.

"Let me just say I don't feel like this legislation is panacea or full comprehensive in nature. There are so many other issues that are affecting women here in the District that I look forward to tackling on the council," she said.

A cost estimate analysis to see how much a birthing center would cost is expected to be complete by the end of May.