Every year, women die during or after childbirth because of complications. For women of color, the situation is direr. 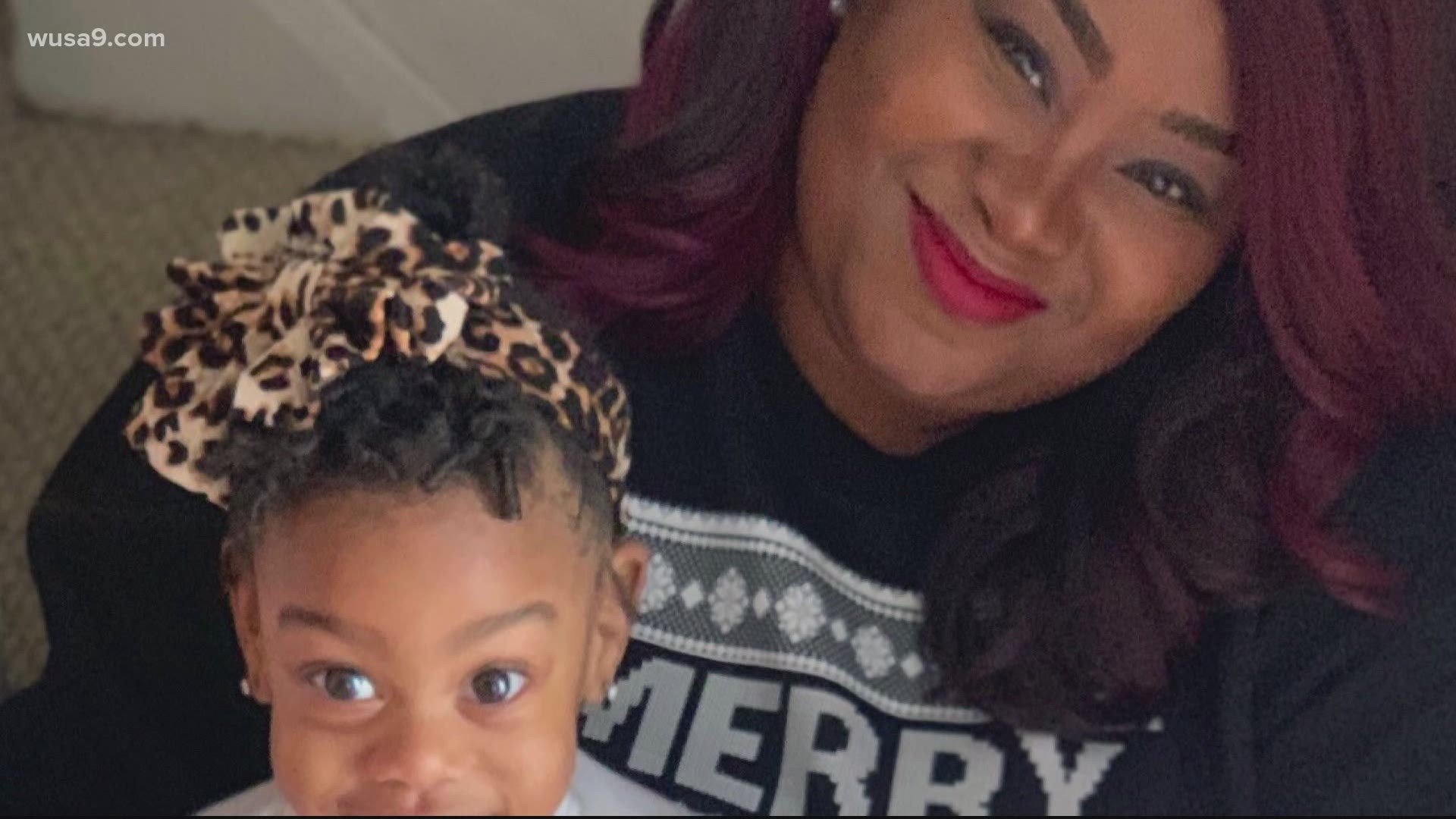 WASHINGTON — Ebony Ford barely survived giving birth to her daughter. During a routine 25-week check-up, she complained of swelling in her feet. A few days later, she was fighting for her life in the Intensive Care Unit at George Washington Hospital.

“My normal doctor wasn’t there. It was a partner and he was like, 'Oh it’s fine, you’re fine,'” said Ford.

But Ebony was not fine. A few days later her feet were too swollen to fit in her shoes. Her vision became spotty and when she arrived at the hospital her blood pressure was 262 over 154. Doctors diagnosed her with preeclampsia as well as other complications that put her at risk of bleeding out.

“I was in complete kidney and liver failure and would spend the next 25 hours in the ICU after delivering my baby through an emergency C-section," she said.

At 26 weeks, Reign Victoria was born weighing just one pound. Both Ebony and her daughter were lucky to be alive.

“To know how close my husband was to being a widower and a single father all in one day humbles me to live life to the absolute fullest,” said Ford.

Unfortunately, Ebony’s birth story is not unique. Women are still dying during childbirth all across the United States. According to data from the United Health Foundation, the maternal mortality rate in D.C. in 2019 was 35.6 per 100,000 live births. That’s compared to a national rate of 29.6.

March of Dimes Report Card
This year's Report Card offers a comprehensive overview of the health of moms and babies across the U.S. The report grades the U.S., states, Puerto Rico and 100 cities on preterm birth rates, and includes other information such as infant death, states' efforts on Medicaid expansion and extension, health insurance status, inadequate prenatal care, among other factors and outlines important policy solutions that can make a difference.

RELATED: She went to the hospital to have her baby. Now her husband is raising two kids alone

#DC earned a D+ on our 2020 report card for its preterm birth rate.
Moms, dads, babies and families in every community and across the country need champions like you now more than ever. Take action today: https://t.co/IsIk1gK6e9 pic.twitter.com/0ljyVN6vWI

For Black women, the issue is direr. They are three times more likely to die during childbirth than their white peers. Experts said it is a combination of health care access, and biases from healthcare workers.

Every year, April 11-17 is Black Maternal Health Week. Health Care advocates and organizations like March of Dimes focus on sharing stories to help prevent tragedies like death during childbirth. Ford is now an ambassador with March of Dimes.

In May, there is a March for Babies event to bring awareness and fight for the health of all moms and babies.

Boost your fundraising with the March for Babies App! Now it’s better than ever with NEW expanded team captain features coming soon, like the ability to email team members directly or all at once. Download today at https://t.co/IQobVgNMPw! #MarchforBabies pic.twitter.com/33dLPRIAco

RELATED: DC ‘most dangerous place to give birth in the US' for black women

Ford has been documenting her journey on her own website and Instagram page. The community of about 6,000 is a place for other women to bond over shared experiences.

“She’s just a ball of love and energy and I’m so grateful to be her mom,” said Ford.

But like many premature babies, Reign is still dealing with health issues and complications years later. Issues that her mother says may stick around for the rest of her life. Even with that reality, Ebony said she doesn’t question her journey because it has allowed her to help other families.