Arlington and Prince William counties are telling residents to stop putting glass in recycle bins -- but Fairfax County has a different strategy. 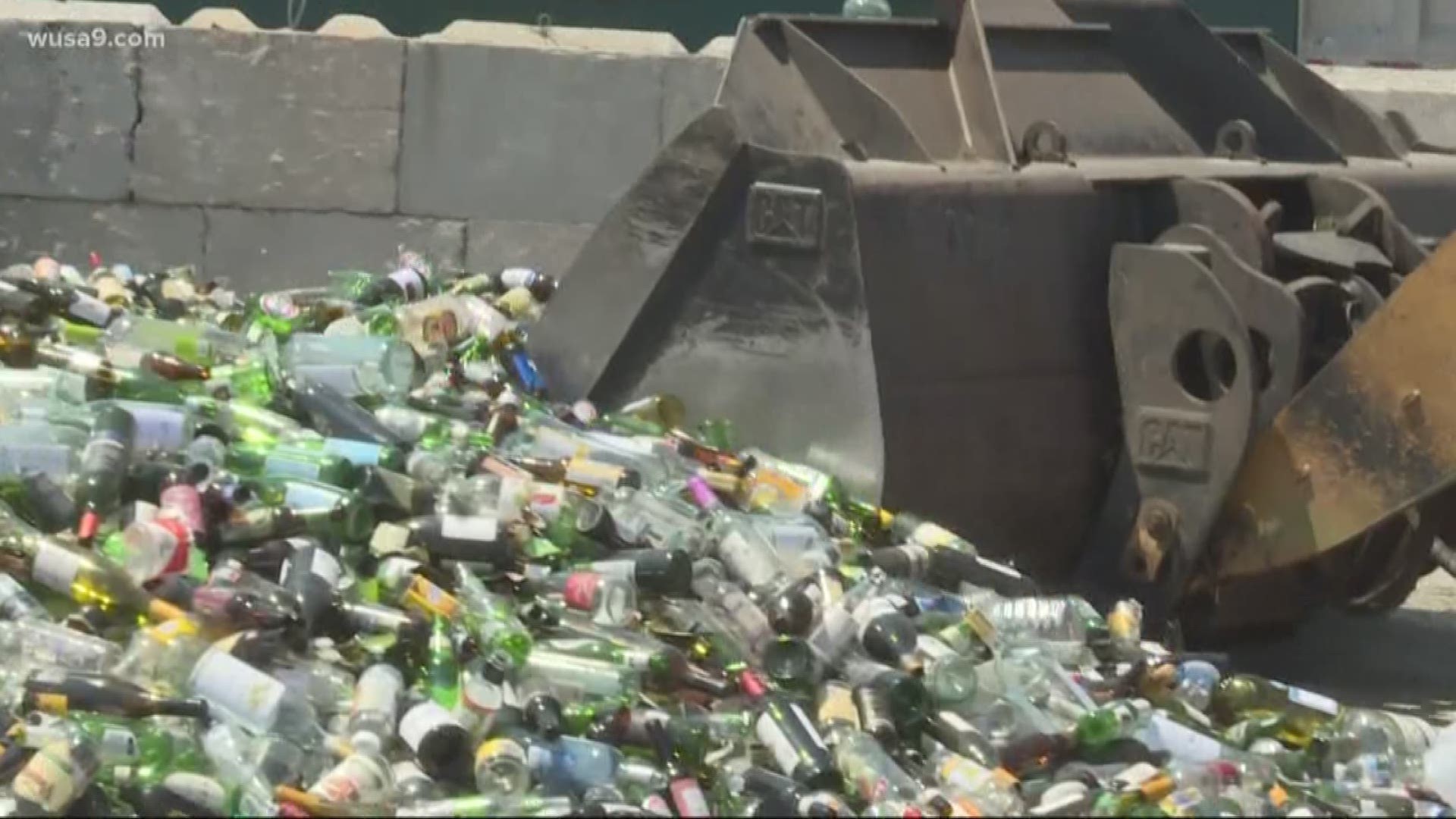 LORTON, Va. — In many areas that don't require residents to separate their recyclables, glass bottles and jars are going to landfills instead of recycling centers.

That's because the glass breaks, according to Eric Forbes, Fairfax County's solid waste director of engineering.

"When it gets dumped in the truck and then onto a tipping floor at a material recovery facility, recycling plant, it becomes broken," Forbes explained. "And that glass breaks up into the other recyclables. And it makes it hard to get the glass out."

He said it contaminates the other recyclables.

Even though Fairfax County has the same problem, it's holding off on issuing any stop recycling notice because they don't want to stop good recycling behavior.

Also, some private recycling centers are pulling out crushed glass to be used as a barrier layer required in landfills.

But mostly, Fairfax County has big plans for glass recycling thanks to Big Blue, a $500,000 glass-recycling machine purchased in 2017. It crushes and recycles glass bottles and jars. The county actually makes money with Big Blue by accepting glass from other counties.

The machine turns glass bottles and jars into two different products. One is a sand like material.

"Its like what you find at the beach, that course material you get between your toes," said Forbes.

The other product is crushed glass pebbles. Fairfax County has started using them in construction projects where they serve as bedding material under pipes.

All of the glass that's recycled by the Big Blue Machine came from big purple glass-only recycling containers.

You have to put one bottle in at a time for safety reasons. There are 10 purple containers across the region, in Alexandria, Arlington, Prince William and Fairfax counties. All participating in this glass recycling program.

See below map of the purple containers or click here for more information.

More purple containers are coming--along with education campaigns to teach people what to recycle and how.

The most common contaminate put into recycle bins are plastic bags. Remember to recycle them by taking them back to the grocery store, and don't throw them in your bin. 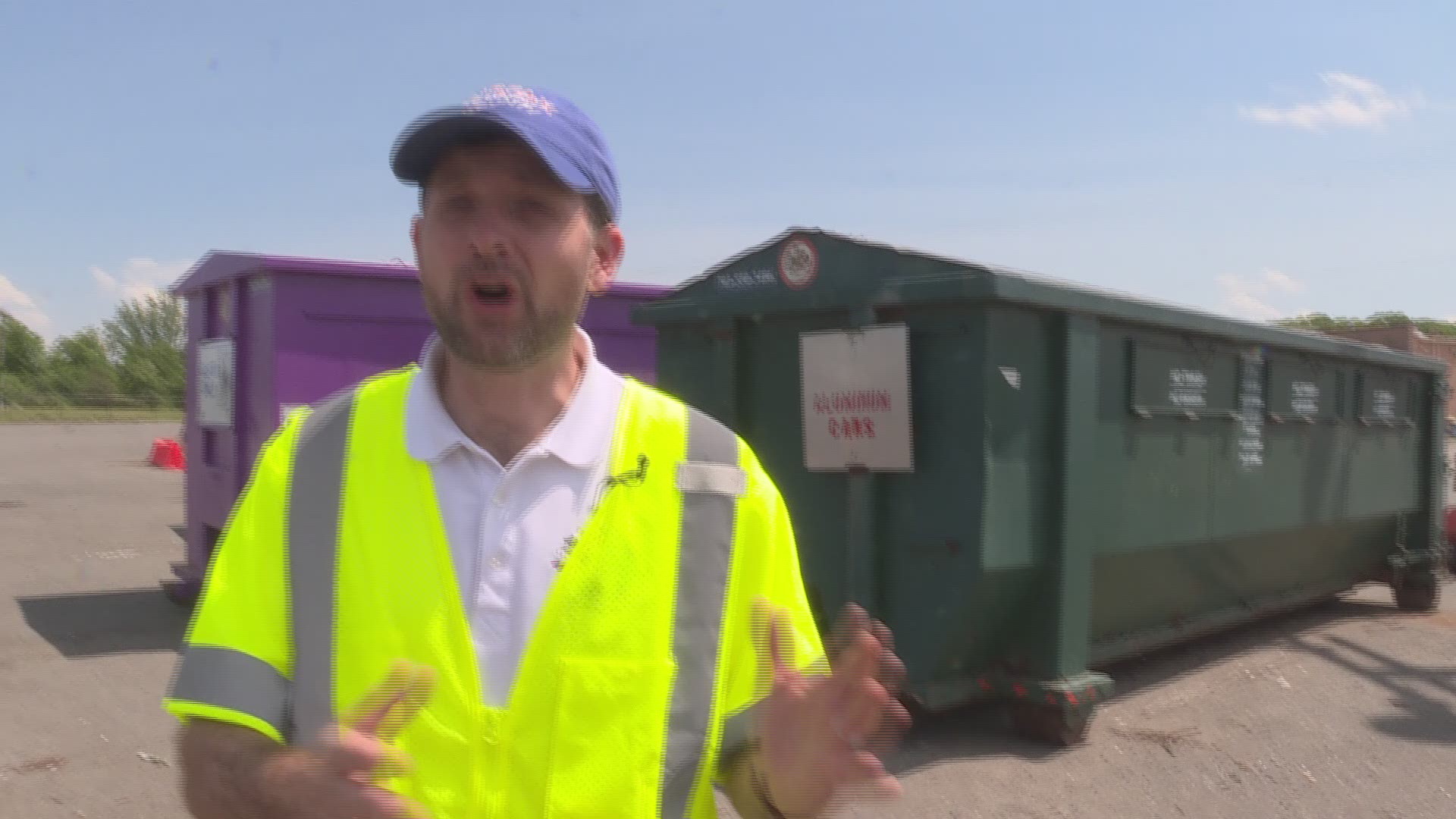