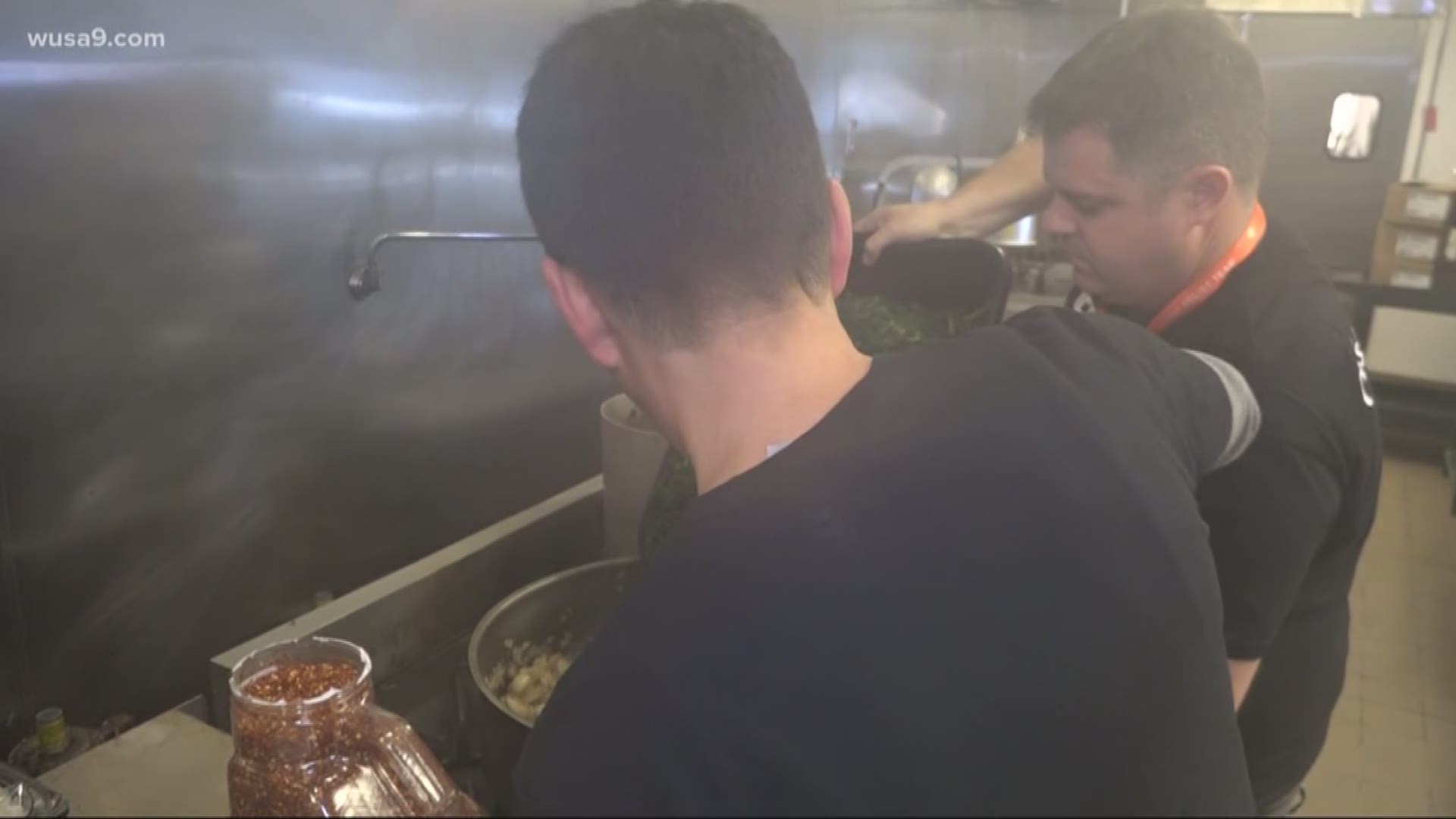 WASHINGTON — By now, we all know the government shutdown is over funding for a border wall, something the President said will stop illegal immigration.

Now, an immigrant is getting involved.

WUSA9 was allowed a sneak peak into what’s cooking and who’s cooking it.

Californian said he knows what it’s like to be in an emergency.

“The night of the fire, I actually was evacuated from my house for about 10 days,” said Kilcoyne talking about the 2017 Ventura, Cali. fire.

"… the fire came down about five houses away from mine," he added.

Even as he was cooking, Kicoyne said he received an alert on his phone saying his neighborhood is now being voluntarily evacuated for mudslides.

Still, he continued stirring the cooking greens in side that massive pan.

“Just can’t sit back and sit still. I’m a chef. It’s in our blood to take care of people and feed people,” said Kilcoyne.

He’s part of the team leading the #ChefsForFeds effort that will start on Wednesday.

"Today, we face another type of disaster emergency in the United States,” said Celebrity Chef José Andrés in a Twitter post.

On Monday, the chef announced his plans to open a kitchen by the Navy Memorial. It’s a location is symbolically located between the U.S. Capitol and White House.

“We should always come together as, ‘We the people,'” Andrés added.

WUSA9 was told the food was purchased from local farmers and distributors. The menu is geared towards a healthier diet since, that’s not always the focus in emergencies.

Mook also said they hope to ease the burden on hurting restaurants who are also feeding people during this government shutdown.

“You know, I think all of us hope that the situation will get resolved quickly, that we can get our Federal workers back into their jobs,” Mook.

In the meantime, Mook said they plan to serve food every day until the shutdown ends.

Try to bring your government IDs if you have them. The address: 701 Pennsylvania Avenue NW.

The kitchen will be open to federal employees and their families from 11 a.m. to 6 p.m.