People are marrying themselves, it's called 'sologamy' 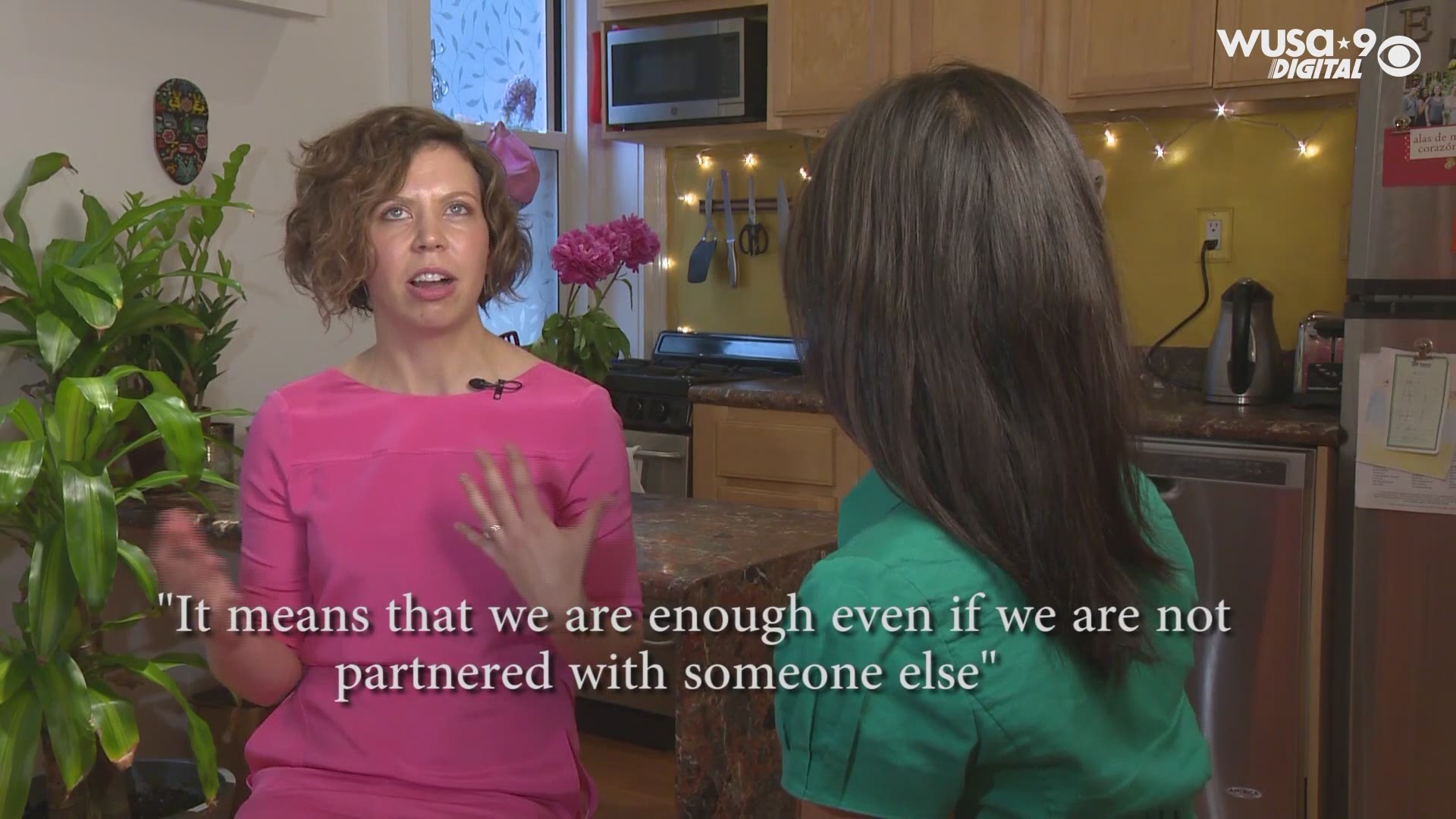 If the secret to a happy marriage is finding the right person, we can all stop looking. At least, according to "sologamists." They're part of a growing relationship trend, in which people are tying the knot to themselves.

Erika Anderson is one of them.

“I would describe it as women saying yes to themselves,” Anderson said. “It means that we are enough, even if we are not partnered with someone else."

In many ways, the 37-year-old bride looked like any other on her wedding day. She wore a white dress and had a bouquet. Anderson looked stunning with the Brooklyn bridge and New York City skyline behind her.

Except when she walked down the aisle, no one was waiting for her. That’s just the way she wanted it.

PREVIOUS: Local Couple gets engaged and married on same day

Anderson said she grew tired of people asking why she was still single. So, in front of family and friends she married herself.

Self-marriage—or sologamy—is growing. Partly because it’s popping up in pop culture, like when an episode of ‘Sex and the City’ floated the idea.

Now, the movement has gone global and companies are trying to capitalize.

"I think it's increased over the years, and it's something that's becoming more understood and more accepted,” Levin said.

PREVIOUS: Getting married? 5 things to consider when combining your finances

Anderson married herself to celebrate independence and believes others should, too.

"You're worth it!" Anderson exclaimed.

Anderson just celebrated her one-year anniversary with a solo trip to Mexico. She said even though she's married to herself, she's dating and open to marrying another person.

After all, in the eyes of the law, self-marriage is not a legally binding union.