'They need to say it — we don't have ideas!' Councilmember demands answers about DC's plan for abandoned school buildings

Vacant school buildings in the District have been left unsecured and destroyed by vandals, thieves and wildlife. 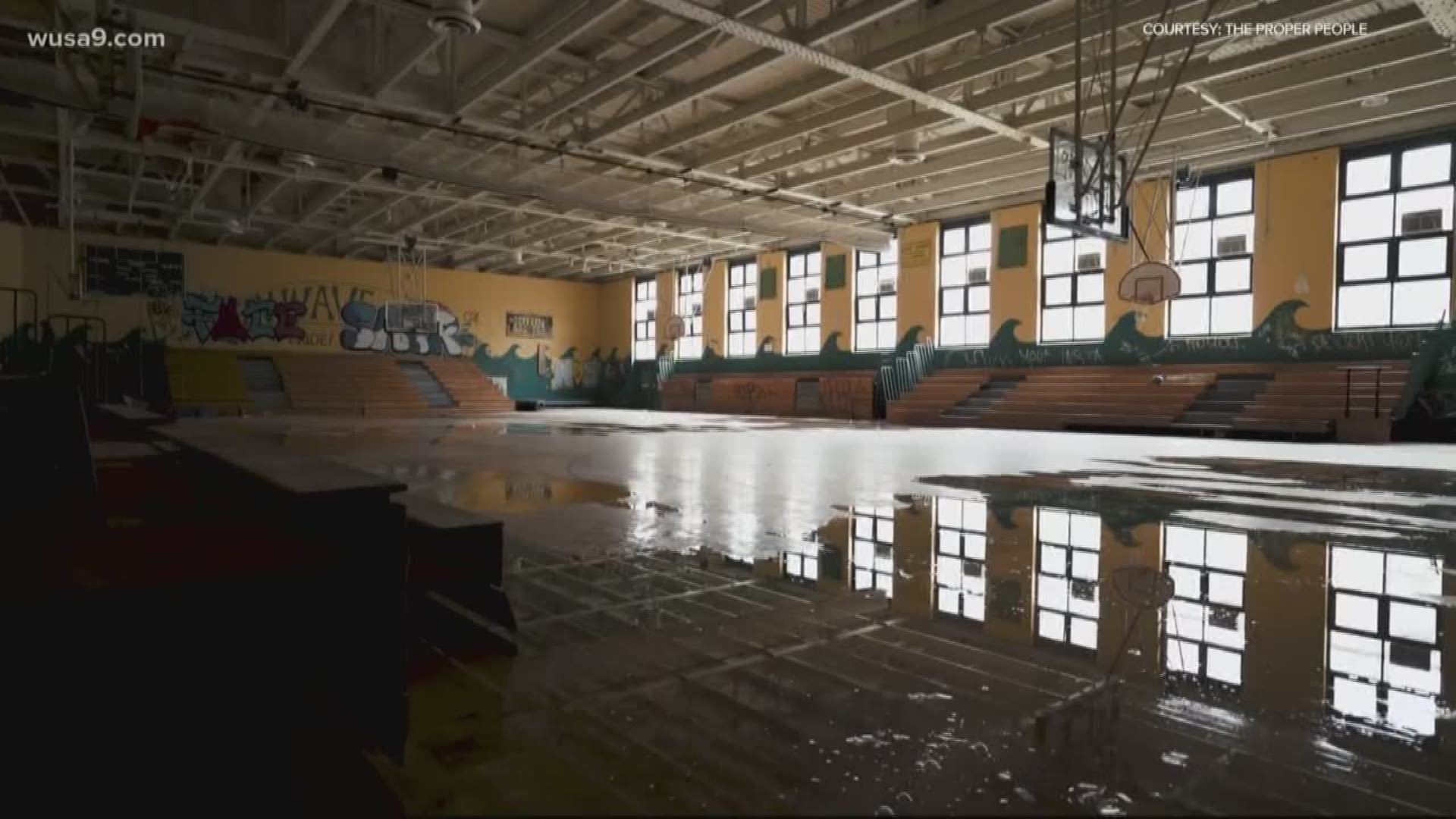 WASHINGTON — For many of us, the YouTube video by The Proper People was the first time we got to see what was happening inside the walls of an old D.C. school building.

The city shut down the historic Spingarn High School in 2013. Once home to NBA legends, the historic school has since been destroyed by vandals, thieves and wildlife.

In the YouTube video, two friends walk the halls covered in graffiti and peeling paint, and explore classrooms with desks, ROTC and band uniforms, lab and gym equipment, computers, pianos, even the gym with its buckled basketball court floor filled with rainwater.

"It’s unconscionable that a school that has produced the people it produced was left to no productive use at all," Ward 7 Councilmember Vince Gray said.

That Spingarn video was released around the same time that families at the Hillcrest Recreation Center playground in Southeast watched plumes of smoke coming from the old Winston Education Center. The massive school building is located on Erie Street, SE right across a fence line playground and yards away from homes.

"It could've burned down the entire neighborhood," CM Gray said.

Hillcrest residents have been lobbying DPR (Department of Parks and Recreation) and DCPS (DC Public Schools) to do something with Winston (which was also closed in 2013) and offering proposals at a May 2019 meeting.

"We clearly can do a better job in securing these facilities and we’re working with DGP (Department of General Services) and the DC Police Department," Deputy Mayor of Education Paul Kihn said.

It's been more than six years since both Ward 7 schools were closed because they were low performing and had low enrollment. According to D.C. law, once DCPS releases a school, a charter school has the first right to make an offer. That happened over at Winston when Kipp Charter School offered to purchase the property, but the community pushed back, and the school system put Winston back in its inventory for other uses.

"The Deputy Mayor of Education needs to say it, the Chancellor needs to say it — we don't have ideas!" exclaimed CM Gray, "Then I think it would appropriate to say ‘OK, let's turn it over to another element of government. Having it sit there dormant and have no ideas at all to present to the community is grossly unfair and we don't deserve that!"

Winston, Spingarn and the Langston School in Shaw (which is now on National Park Service Historic Register) are in the DCPS inventory as vacant schools. According to the Deputy Mayor of Education, Department of General Services budget includes upkeep and security costs associated with these buildings.

RELATED: 'He was our Chuck Brown of House Music' | Friends and fans pay tribute to legendary DJ Sam 'The Man' Burns

RELATED: 'Don't let people doubt you'| DC student-athlete is a teen mom who continues to defy the odds