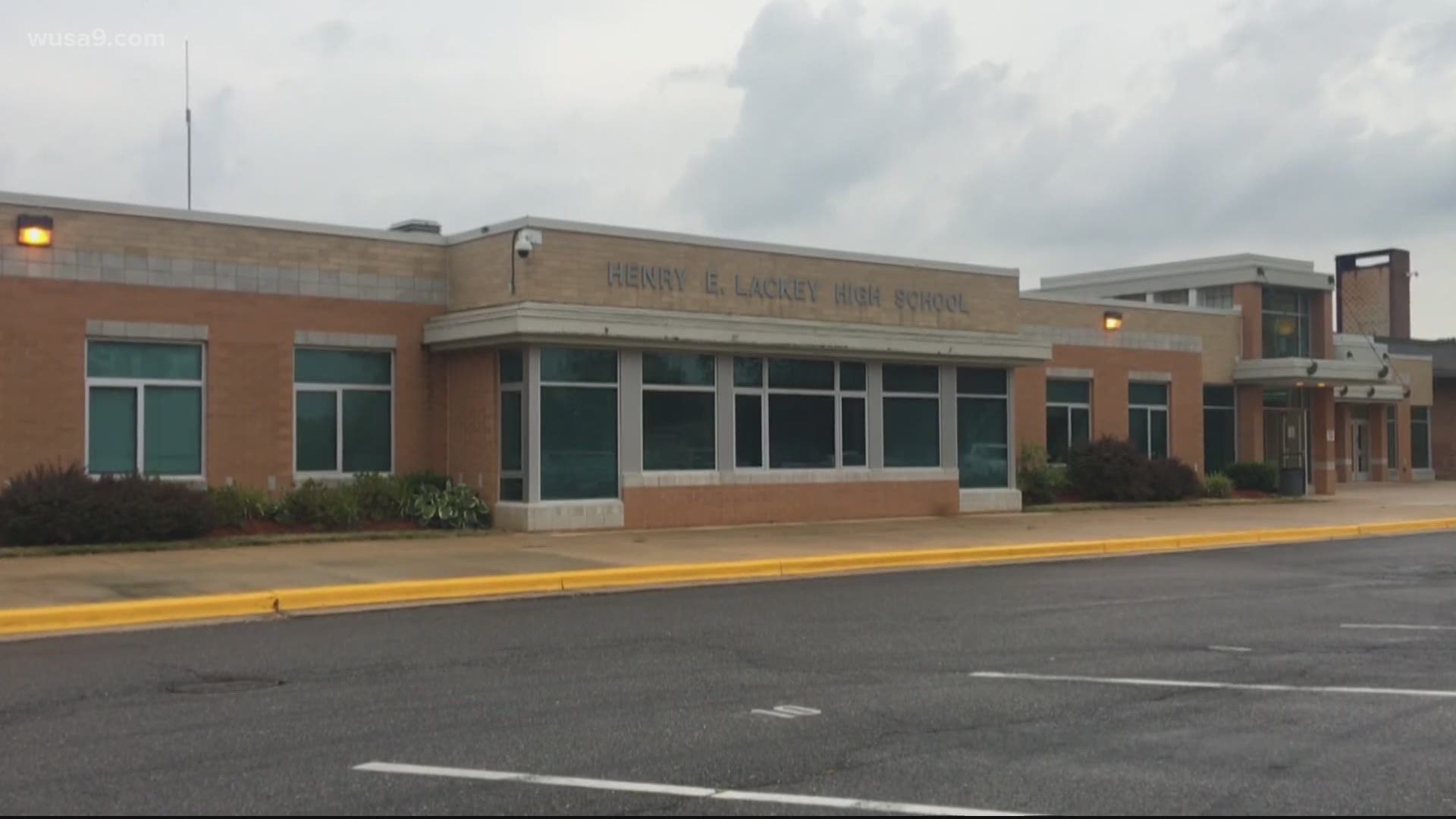 INDIAN HEAD, Md. — A class assignment sent to students from a teacher at a Southern Maryland school has caused some controversy on social media.

According to Charles County Public Schools (CCPS), an English teacher at Henry E. Lackey High School in Indian Head, Maryland assigned students a project called "Say Their Names." The assignment asked students to write a list of Black people killed by police since Michael Brown, in Ferguson, Missouri, in 2014.

CCPS said the teacher expected students to include the names and death dates of the people who were shot. For extra credit, students were also asked to write a sentence about the circumstances that led to the person's death.

The post made its way to a popular Charles County Facebook group named "Charles County Matters Established 2015" where it was heavily debated.

Charles County parent Jennika Coleman said it is important to talk to children about the police brutality and its impact on African-Americans. However, she said she felt the lesson was assigned in a way that lacked context and sensitivity to students' feelings.

“These students are still children," she said. "Yes, they are people who are about to go into the real world and that type of thing, but this is triggering for adults when these types of things happen. So, are children, although almost adults, able to handle this psychologically?”

Charles County parent Felicia Parr said she has a son who has worked with teacher who assigned the task.

She said he has always been very calm and understanding with students.

“He was always very careful, like careful to speak," she said. "But, also good at listening and always making sure that he understood [what they had to say].”

Parr said she understands how the assignment could be seen as inappropriate because usually such topics are presented with added reading assignments, discussions, or videos.

However, she said she also believed by giving the students the chance to describe the circumstances around what happened during certain incidents, the teacher was trying to students an opportunity to think deeper about the issue.

"If people stay took the time to read, really read understand what he [wrote], they would understand really what he was trying to do," Parr said. "It wasn't just let's talk about these people, just name them, and you get an A for the class, it was definitely an opportunity to give people time to kind of stop and think and focus and be mindful.”

In a statement, CCPS said it was made aware of the social media post on Wednesday morning, and they released the following statement later in the day:

"We have reviewed the teacher's assignment that was sent through email to students and has since been posted on social media. A topic such as the one raised in this assignment is inappropriate as a stand-alone written assignment. The teacher presented the assignment without background, lesson plans or in-class discussion guided by a teacher. Social justice topics are a meaningful way to engage students in the curriculum. Charles County Public Schools uses the curriculum to guide the discussion of social justice topics. Teachers write and review lesson plans with fellow educators and content specialists based on the Maryland standards. Teachers also receive training on how to engage students in discussions about current events that might involve sensitive issues."

The school district went on to say its teachers are expected to infuse social justice into social studies classes and use the curriculum to guide discussion and lessons.

"We encourage thoughtful discussion of current events and expect teachers to approach these lessons with sensitivity for all viewpoints," the statement read.

Neither Coleman or Parr believed the teacher should fired either.

“Teachers have the most difficult job," Coleman said. "Parents should really understand with homeschooling and schooling at home. I hope that this teacher does not lose his job. I think that his heart was in the right place.”

The #SayTheirNames assignment got a lot of @CCPS parents talking. Jennika Coleman told us she was concerned about the psychological impact the assignment could have children. (@wusa9) pic.twitter.com/E2H9hiCtuP