The Montgomery County Public Schools Board of Education approved a resolution Thursday that could modify or eliminate the school resource officer program. 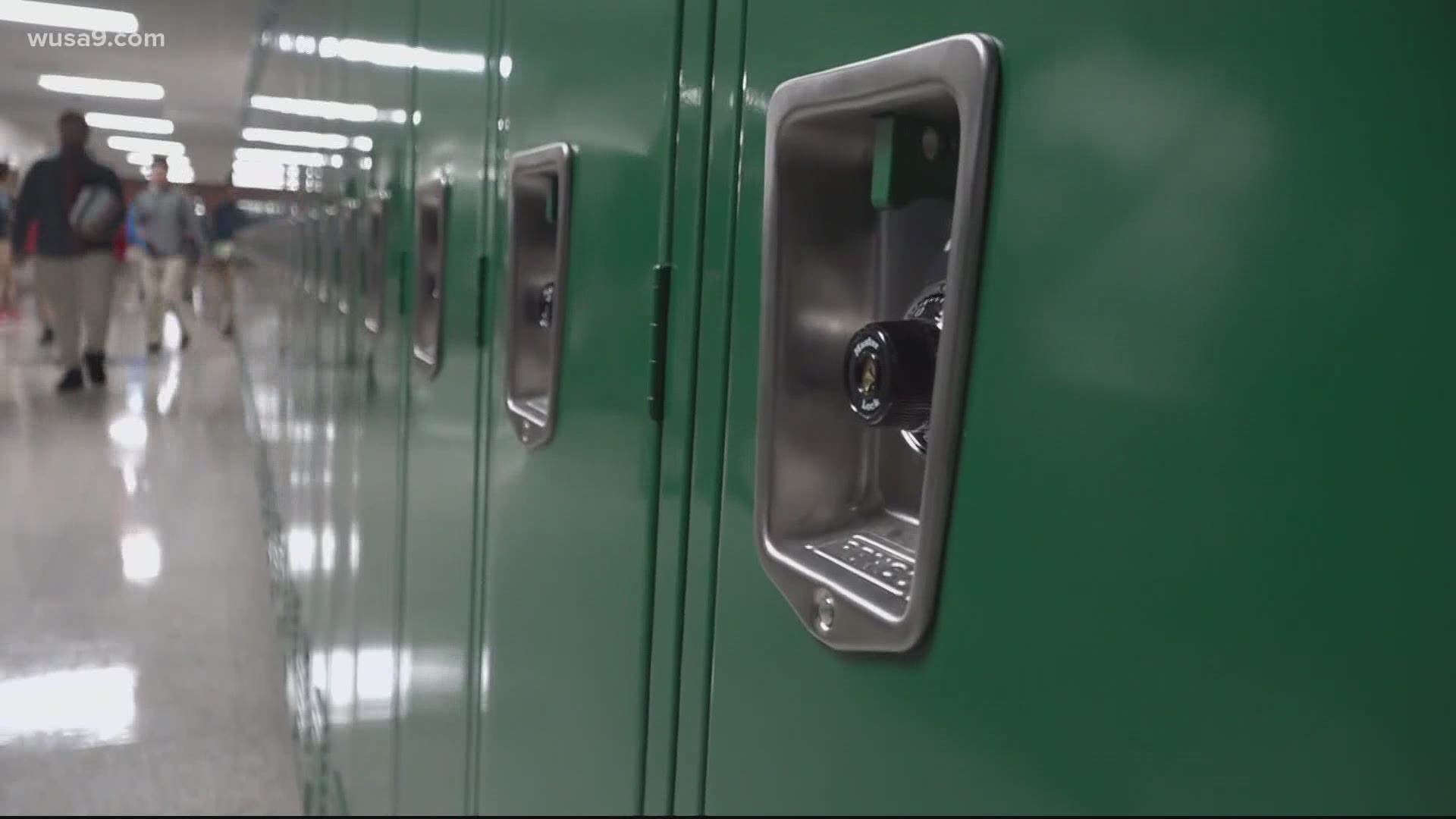 ROCKVILLE, Md. — The Montgomery County Public Schools Board of Education approved a resolution Thursday that could ultimately lead to the modification or elimination of its school resource officer program.

But, the use of armed police officers and school resource officers [SROs] to protect schools has recently come under criticism. Following the death of Minneapolis resident George Floyd, at the hands of a police officer, some people have expressed discomfort over having law enforcement in school settings.

The school board’s resolution directs MCPS Superintendent Dr. Jack Smith to examine the school district’s previous memorandum of understanding to ultimately determine whether the county’s SRO program has been implemented in a manner consistent to MCPS’ strategic plan.

The school board also asked Smith to provide demographic data showing the number of arrests, by offense, that have happened on MCPS property over the last three years. The memorandum states the school board wants Smith to hand over the requested data by October 2020.

Dr. Smith told the school board he and his staff would work to provide its members that data in a timely fashion.

"I think we just really need to take a good hard look at [the resolution] and see what would be the next step in a world of continuous improvement to support our students and make sure that they have the best experience and learn how to navigate the world,” he said.

After Smith gives a presentation on his findings, the memorandum says the school board will eventually discuss whether to modify or eliminate its SRO program.

“It remains an open question whether police presence in schools actually results in a significantly safer school environment or creates an improved academic environment where students are more likely to thrive and whether the presence of SRO’s in schools are compatible with MCPS goals,” the memorandum reads.

The school board memorandum states recent national events have also made it imperative for school leaders to make sure MCPS’ students feel safe in their classrooms.

Nate Tinbite, a student member of the school board, supported the resolution.

"As a member of this board, I really do think it is really up to us and every elected official to do everything in our power to never again let what happened to George Floyd happen to any of our younger brothers and sisters,” Tinbite said. “And so I really do think that this resolution is a step in that right direction to definitely help dismantle our school to prison pipeline [and], to make sure that students who look like me are no longer victims of our police state."

The memorandum also references a 2018 report issued by the Maryland Commission on the School-to-Prison Pipeline and Restorative Practices. The report, which highlights data from the 2015-2016 school year, shows that black students were the only racial group arrested at a higher rate than their proportion of school enrollment at the state level and across the district.

Another report from the Maryland State Department of Education showed, in 2015, the majority of the arresting officers in those cases were SROs.

MCPS is not the only local school district considering changes for its SRO program. On Monday, a Prince George’s County School Board committee passed a measure that would remove armed police officers from its schools. The school board will consider the measure in front of its full board in September.

Regardless of what they ultimately decide to do, both school districts would have to stay compliant with the Maryland Safe to Learn Act of 2018. According to the MCPS school board, that state law requires every Maryland school system to file a yearly report with the Maryland Center for School Safety that shows each public school has a SRO assigned to the school. Under, the law, if the school system does not have an SRO assigned to one of its schools, it must have adequate local law enforcement coverage.

Recently, MCPS experienced a situation where an SRO did help keep students safe at one of its schools.

In 2019, Clarksburg High School student Alwin Chen was arrested by a school resource officer who discovered he was in possession of a handgun and knife.

WUSA9 has reached out to the Montgomery County Police Department for comment on the matter.