Alwin Chen was charged with handgun possession and carrying a gun on school grounds. 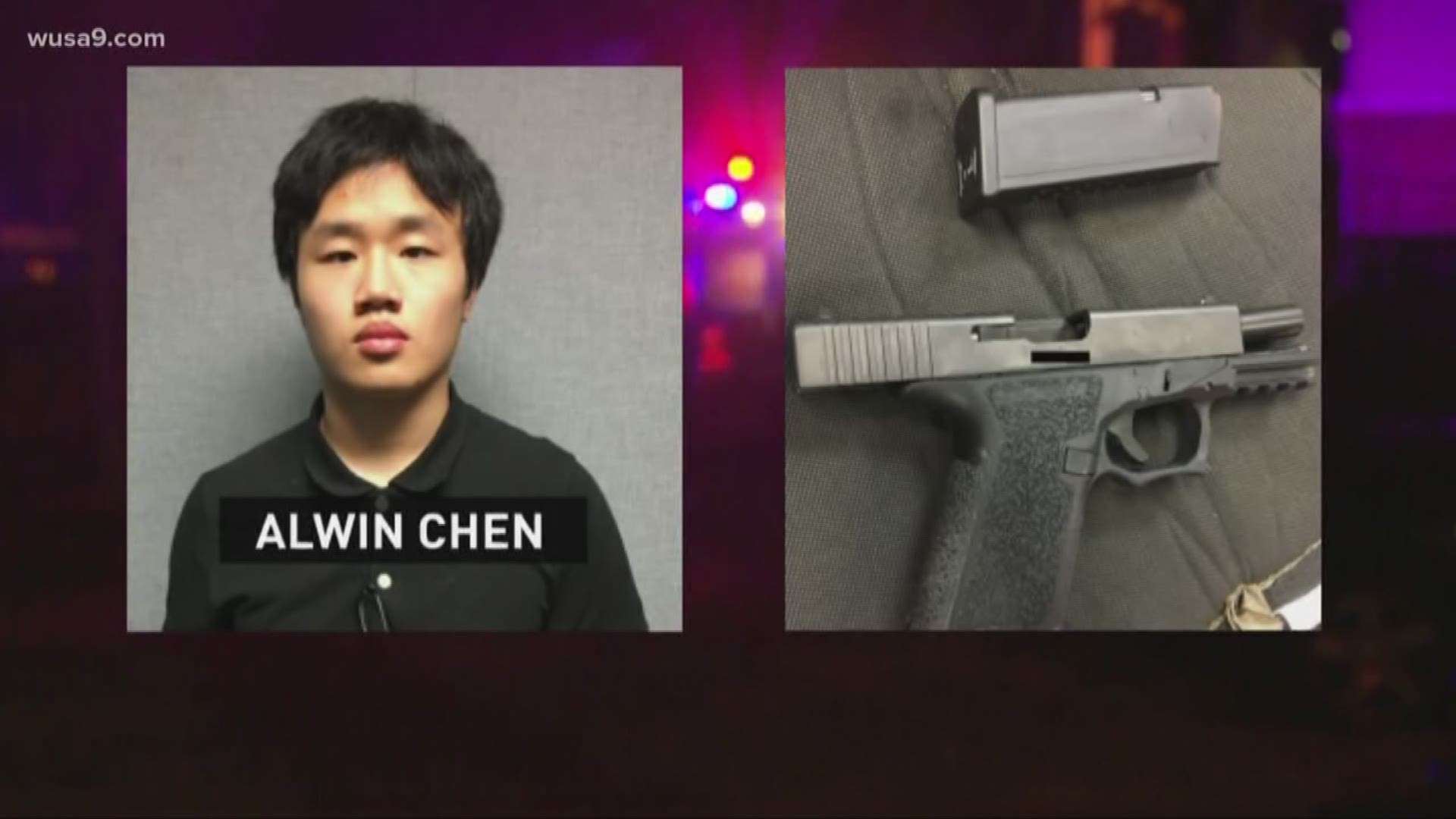 Clarksburg, MD (WUSA9) — An 18-year-old honor roll student who brought a gun to Clarksburg High School in February was sentenced to three years with all but four months suspended on Tuesday.

Alwin Chen was charged with handgun possession and carrying a gun on school grounds. Chen could possibly be out of jail by Mother's Day for good time credit.

Montgomery County Circuit Court Judge John Maloney also gave him five years supervised probation, told him he could never again own a gun, and ordered his father to get rid of a small arsenal of weapons in his home before his son returns.

He also ordered him to stay away from Clarksburg High School.

WUSA9's Bruce Leshan reported that the judge said Chen had no evil intent, but did have a “hero complex,” and needs counseling. Maloney also suggested Chen had an unhealthy fascination with guns.

One of Chen's lawyers, David Felson, suggested he though he was the proverbial, "good guy with a gun." His plan was to protect himself and other students if there was a shooting at his school.

RELATED: No motive yet why Clarksburg HS student brought gun to school

#BREAKING Judge sentences Alwin Chen, 18, who brought loaded Glock to Clarksburg High on the day after Parkland shooting, to 4 months in jail. May be out by Mother’s Day. @wusa9

Chen's mother tearfully pleaded with the judge, "My heart is breaking for him. I've always loved him. Your honor, please forgive him."

Chen told the judge he'd made a "big mistake," and said he never wanted to be back in court again.

On Feb. 15, the school received a report shortly before 2 p.m. on Thursday that a Clarksburg student may be in possession of a weapon.

After locating the student, Chen, the School Resource Officer (SRO) asked Chen if he possessed any weapons. Chen said he had a handgun in his bag and a knife in his front shirt pocket. Both were searched and the weapons were confiscated.