Representatives from Fairfax, Loudoun, Prince William and Arlington are asking Northam to provide statewide guidance for schools and return to phase 2 of reopening. 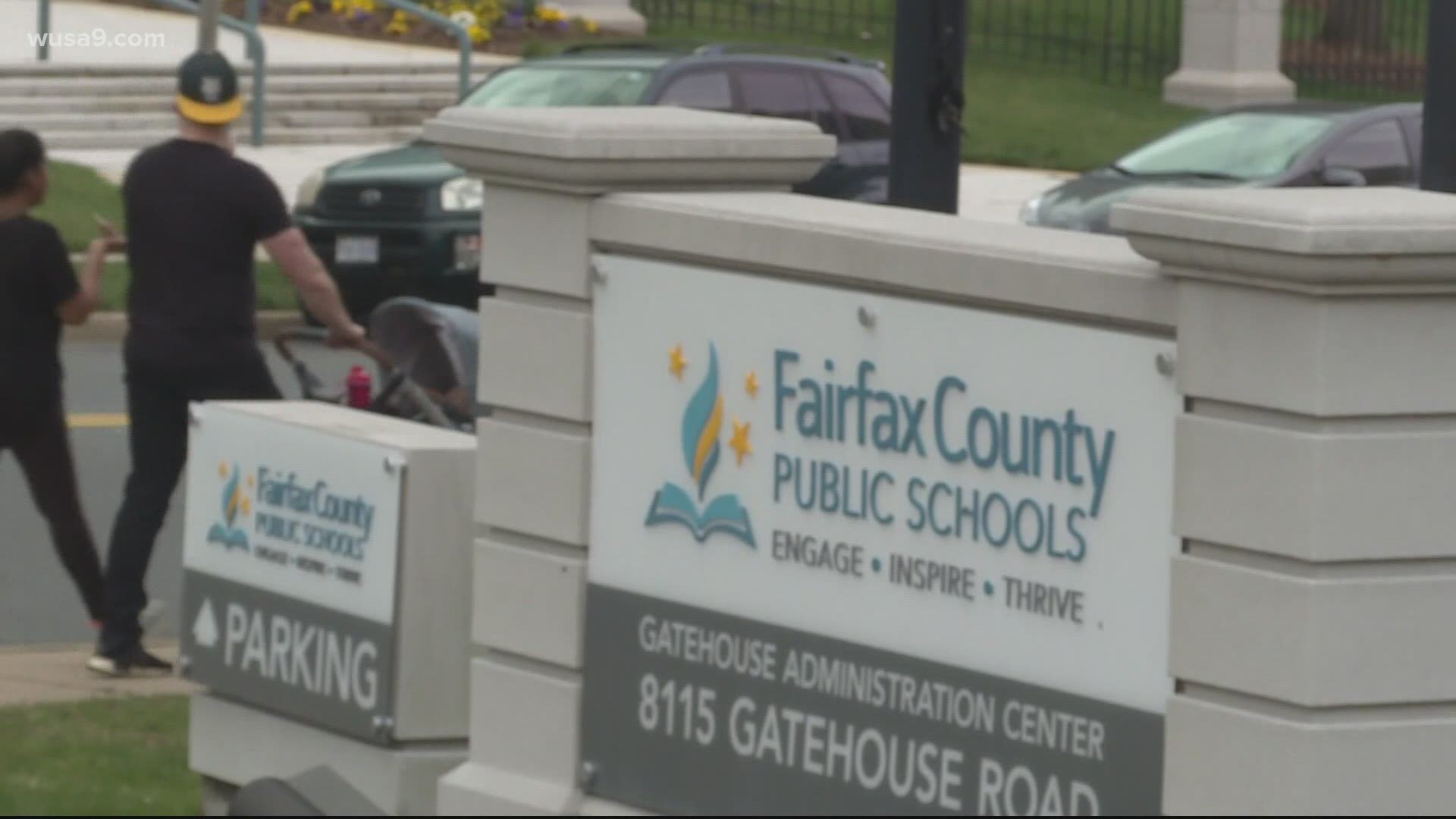 FAIRFAX COUNTY, Va. — Leaders of education associations across Northern Virginia came together Monday to urge Gov. Ralph Northam to dial back the state's reopening plans and to issue statewide guidance for schools on when it would be safe to return students to classrooms.

Representatives from education associations in Fairfax, Loudoun, Prince Wiliam and Arlington counties held a joint press conference sharing updates on cases in their region and reiterating that everyone "wants to be back in schools" but only when it is safe for students and teachers alike. Each education association representative asked that the governor mandate a clear statewide metric for when it is safe to reopen schools, and when returning to virtual-only learning was necessary. Currently, the metrics are created by the school boards, creating inconsistencies in the metrics across Northern Virginia, according to the representatives.

"Education Associations in the Northern Virginia Region, representing more than 12,000 school employees, are urging you to return the entire Commonwealth back to Phase II of the reopening strategy, including a recommendation that public schools return to virtual learning as the safest option until case rates return to a downward trend and remain below 5% PCR as indicated by the CDC," education association leaders said in a letter to Northam and local representatives.

"Statewide, our current 7-Day Positivity Rate PCR is 8.2% with an upward trend," the letter said. "Original CDC and WHO advice recommended schools not open if positivity rates were over 5%."

See the full letter below:

A lack of PPE, training and enforcement of proper mask usage inside schools were cited as several reasons why reopening of schools was not currently safe.

"The most recent COVID guidelines from Northam specifically excluded schools," Kimberly Adams, president of the Fairfax Education Association, said. "Gov. Northam must provide leadership for our schools in addition to the guidance he has given to our businesses and public spaces."

Adams said that Northam has not yet responded to the letter.

"District after district has plans to send our youngest learners back into schools, but we must stand united to push back against this rapid increase in the virus," Adams said. "The safest option is to remain virtual until cases return to a downward trend."

An angry parent visibly frustrated with the union leaders’ call to continue virtual learning, held a "reopen schools now" poster and shouted over the speakers multiple times, saying schools were safe to open now. He only got louder as members tried to escort him off the property.

“It’s not about the election,” he yelled. "It's about our kids.  You’re leaving kids behind because teachers refuse to do their jobs! Shameful. Sure, I’m screaming because I’m angry!”

The parent ended up leaving before police responded.

"We want to be back in school, back to normal," Adams said in response to a question about what her answer would be to angry parents. "But we aren’t there yet, and it’s not safe.”

A coalition of more than 5,300 parents, teachers and school leaders in Northern Virginia said the schools have plans to mitigate the risks and should reopen.

"The risks for COVID in schools are manageable," the group said in a statement to WUSA9. "The risks associated with kids being out of school, however, are escalating rapidly.

Just hours after Northern Virginia Union leaders called for a statewide plan to keep schools virtual, the Superintendent of Fairfax County Public Schools said he’s "pressing the pause button" and keeping all Early Head Start, preK, and kindergartners home until at least Nov. 30. Those students were scheduled to return to classrooms on Nov. 17.

RELATED: VERIFY: Yes, public school enrollment is dropping during COVID, and it could cost districts millions